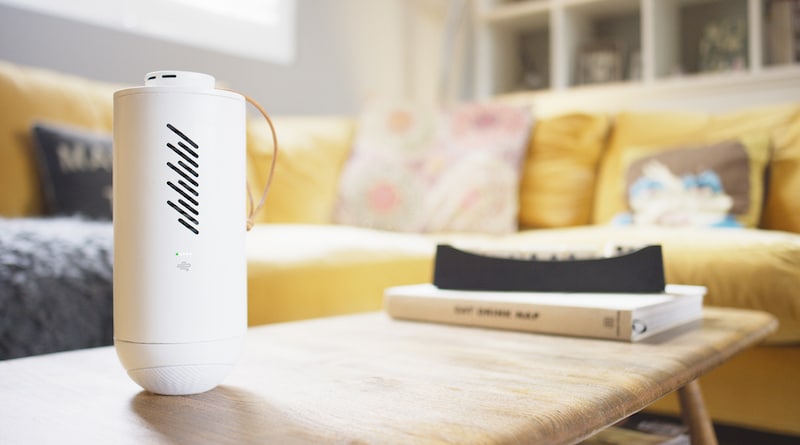 One of the biggest hazards we face, according to the World Health Organization, is air pollution. According to their figures, more than 80% of residents of metropolitan areas (where air pollution is monitored) breathe air that is polluted beyond what is considered safe. It appears like portable air quality monitors would be a better choice for city dwellers than fitness trackers!

To address this issue, MATR was created. It has been under development for more than two years and comprises a free smartphone app, a portable air purifier, and a removable air quality tracker. Everything is incredibly strong and small, making it perfect for private places like living rooms, bedrooms, or offices.

Nanotechnology is used in the air purifier’s architecture so that dangerous particles are removed rather than only captured. According to the manufacturer, this technology can filter out particles that are up to 300 times smaller than those found in HEPA filters. The very best? Its filters are cost-effective and last a lifetime. Since they are completely washable, you will never need to replace them.

A growing number of us are living in smaller places as a result of rapid urbanization. According to Matthew Rowe, co-founder and CEO of MATR, “air pollution, and in particular the invisible contaminants that accumulate in our own living spaces, are becoming a greater health danger.”

“I created MATR to be small and easy to use, while still being strong and sustainable.”

On top of the purifier, the MATR Tracker is placed. This component of the system detects the air quality in the area around you and displays it. It can be detached and utilized for running, cycling, or walking.

The smartphone app is the last component of the puzzle. It communicates with the purifier and tracker and shows real-time air quality information. There is a historical area that displays VOC, temperature, pressure, and humidity recording levels. Additionally, the app spits out messages to encourage users to develop better routines and lifestyles.

A short while ago, the Kickstarter campaign to bring MATR to life launched. One unit, which will be delivered in June of the next year, is available for $50.