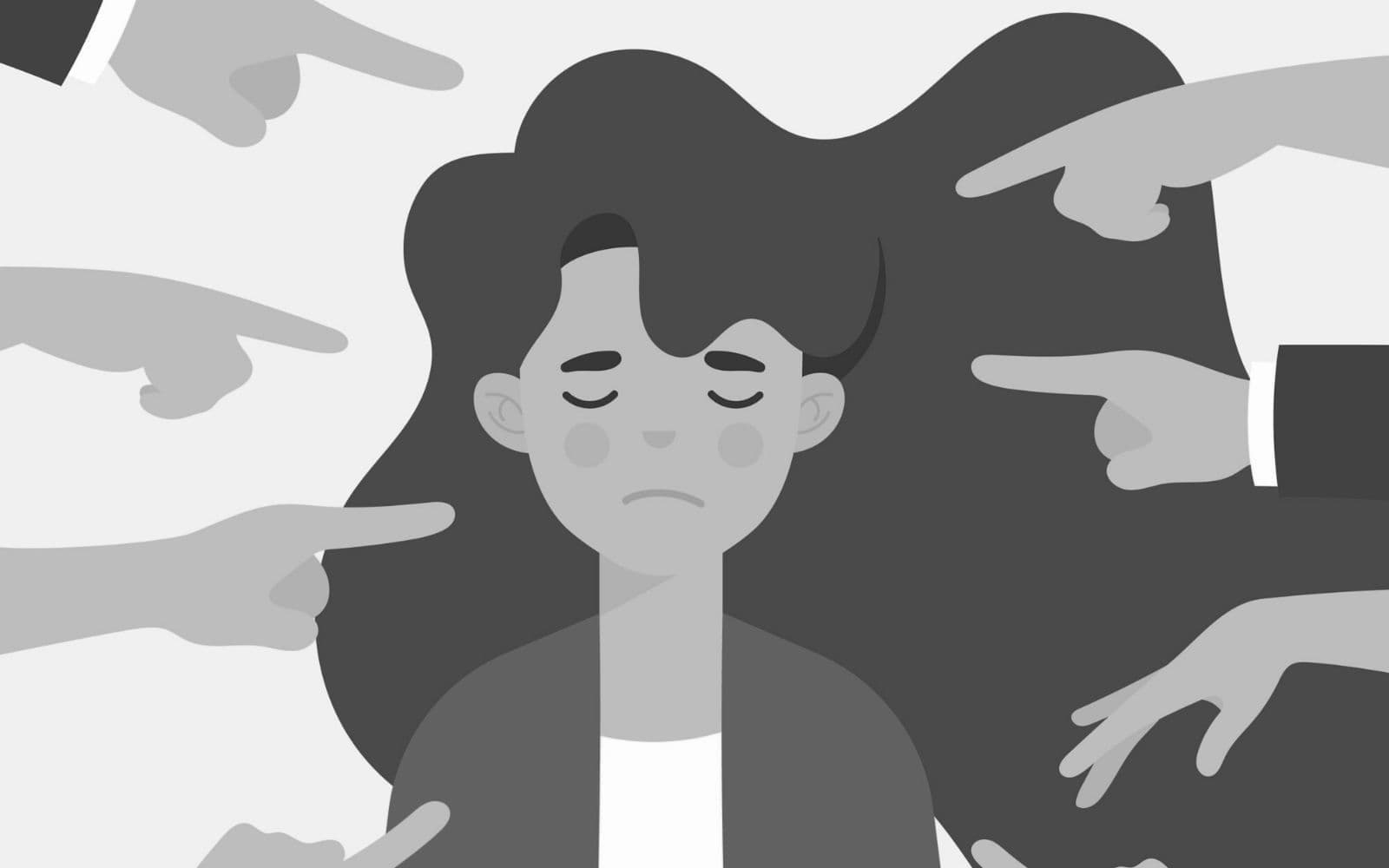 What is workplace mobbing?

Types of mobbing at work

Examples of bullying at work

Consequences it has on the victims

How to prevent bullying

Leave due to workplace harassment

Is it considered a common or professional contingency?

How much is charged?

How to report mobbing at work

Compensation for being a victim of mobbing

A recent study by the Association against Psychological and Moral Harassment at Work indicates that around 15% of workers in The United States have suffered harassment at work. But what exactly is workplace mobbing? What psychological, social and labor consequences can they have? We answer these questions and give you the keys to avoid and prevent these behaviors in the company.

What is workplace mobbing?

Mobbing , when it occurs in the workplace , refers to all those actions aimed at intimidating, harassing or degrading a worker with the aim of worsening their work environment and pushing them to leave the company. This harassment can be carried out through different methods, for example insults, threats, humiliation, isolation from other classmates, spreading false rumors, etc.

Normally it is verbal and psychological violence , although there are times when it can reach the physical level (aggressions) or sexual (sexual harassment). Although in most cases the objective is to force the worker to leave the company and not pay him severance pay, it can also have other purposes, such as forcing him to accept suffocating conditions or work environment. Even, sometimes, mobbing has no objective, apart from the humiliation of the victim.

Mobbing is distinguished from employment discrimination both in the causes and in the objective it pursues.

Employment discrimination is based on the difference in treatment of an employee due to physical or cultural differences that have nothing to do with their job performance. For example, for reasons of gender, age, sexual orientation, political ideology, beliefs, etc.

However, workplace bullying does not have to be based on physical or cultural differences, but anyone can become a victim.

The objective of labor discrimination is that the affected person has worse working conditions than the rest of the employees (salaries, working hours, breaks, etc.), for the simple fact of being “different”.

For its part, the most common objective of mobbing is the harassment of a worker with the aim of degrading their work environment, forcing them to accept unfair working conditions or to leave work.

However, not all mobbing that occurs in the workplace is the same. Workplace harassment can be exercised in many ways and for very different reasons, as we see below.

Types of mobbing at work

What types of workplace bullying exist? What are the characteristics of each of them? The classification depends on who is mobbing whom, or the objective pursued by this harassment.

The harasser and the victim are in the same professional category or hierarchical level . In other words, it is a type of workplace mobbing that occurs between co-workers and even within the same department. The causes that cause it can be very varied: stronger personality of the harasser, enmity between workers, forcing the weak to perform the worst tasks, boredom due to absence of work, etc.

In this case, the harasser is in a higher or lower professional category or hierarchical level than the victim. Depending on this, one can distinguish between ascending or descending mobbing.

Upward workplace mobbing occurs when one or more subordinates attack or harass a superior. It is not usually frequent since fear or fear prevails that the superior may retaliate.

For its part, downward mobbing is much more common than the previous one. It occurs when a superior makes use of his power situation to abuse a subordinate. It is also called bossing .

It is a type of downward vertical mobbing, which is applied in an institutional way. That is, the harasser asserts his position of superiority to harass a worker, and get the harassed person to resign from his job . As the worker leaves the company voluntarily, the company would not have to pay severance pay.

It is another type of downward labor mobbing, carried out by the company’s management. He often uses threats of dismissal to foment fear and increase productivity. It is also used with the intention of dismissing unreceptive or submissive workers , or employees who do not meet the expectations or needs of the top management. 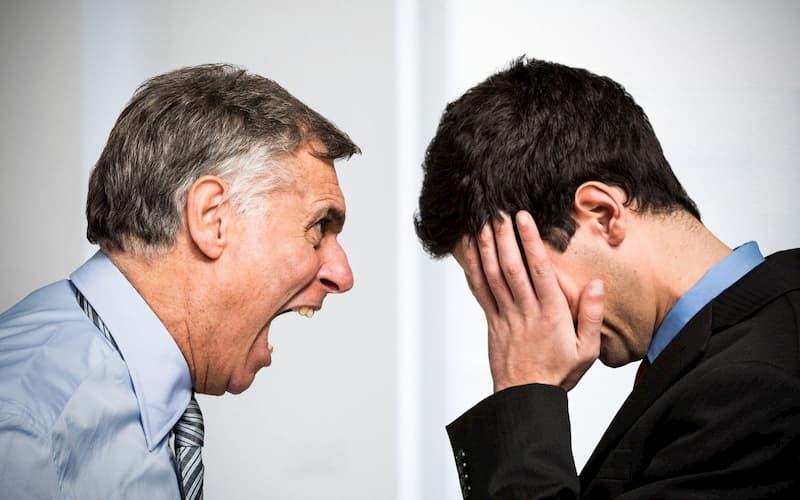 It has no reason or definite objective. It is simply based on the stalker’s perverse or manipulative personality . This kind of workplace mobbing is one of the most damaging to the company, and also one of the most difficult to eradicate. It cannot be corrected by establishing other dynamics or workflows. The only solution is the re-education of the harasser (complicated) or her dismissal.

In this case, mobbing at work would be similar to discrimination at work, since this type of harassment is based on reasons of a cultural or physical nature. In other words, an employee is mobbed for the simple fact of being different. It can be harassment for reasons of age, sex, physical appearance, illness, religious beliefs, political ideology, sexual condition, etc.

It is a type of labor mobbing that uses threats so that employees act in a submissive manner and do not question any of the decisions and actions carried out by the company’s management. The objective is to instill fear and fear in the victims, in addition to warning the rest of their colleagues what can happen if they act in the same way.

This type of mobbing is common against employees who demand better working conditions, who request leave or who denounce illicit practices carried out by the organization.

Examples of bullying at work

There are a large number of behaviors that can be considered as examples of workplace mobbing . These are some of the most frequent.

Consequences it has on the victims

There are occasions, for example in perverse workplace mobbing, in which the harasser does not realize how harmful this situation can be for the victim. “ It was just a joke ” or “ no big deal ”, they say. However, the consequences of workplace mobbing , in all its variants, can affect the harassed in various ways:

How to prevent bullying

The main measure that organizations must take to prevent labor mobbing and guarantee equality at work is to draw up an Equality Plan , which is also mandatory for companies with more than 50 workers.

Among the specific actions that can be applied are the following: 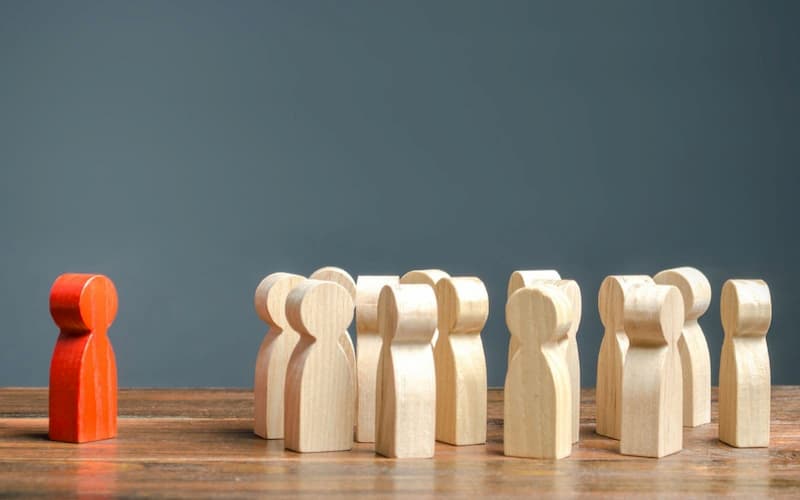 Leave due to workplace harassment

Sometimes, labor mobbing ends in the dismissal of the worker. However, there are those who have doubts as to whether it is a common or professional contingency and, by extension, what can be charged while on sick leave.

Is it considered a common or professional contingency?

In order to change a leave due to common contingency to one due to professional contingency, it is necessary to request the modification at the National Institute of Social Security (INSS). This body will be in charge of issuing the resolution, being able to request the psychological tests or expert reports held by the interested party.

How much is charged?

How to report mobbing at work

The first step to report workplace harassment or workplace mobbing is to do it through the company itself, so that it is the latter that takes the pertinent measures.

If the company does not take action on the matter, the intervention of the Labor Inspectorate can be requested. And you can also claim judicially, by three different ways:

The most complicated thing for a person who has suffered mobbing at work is, precisely, to prove that this harassment has existed. In the Spanish legal regulations, the presumption of innocence persists, therefore, it is the victim who must demonstrate that he or she has suffered workplace harassment.

For this, it is important to have all possible evidence : WhatsApp messages, SMS messages, images, videos, emails, voice recordings and any other material that could refute the reported facts.

Another piece of evidence with great weight in a judicial process is the expert report of a psychologist who has evaluated the victim and ruled on a clinical diagnosis. It is evidential in nature at trial.

The interrogations also have evidence, among which are the statements of the victim, the accused, or the testimonies of witnesses .

Compensation for being a victim of mobbing

The Workers’ Statute establishes compensation for dismissal for victims of workplace mobbing equivalent to unfair dismissal , that is, 33 days per year worked. They are also entitled to receive unemployment benefit. In addition, you can request compensation for damages . The amount of compensation will depend on factors such as the duration of the workplace harassment or the seriousness of the effects caused on the affected party. The scale used is that of traffic and that of the Law on Infractions and Sanctions in the Social Order.

In the case of claiming by criminal means, damages and losses suffered according to the traffic scale may also be claimed. In this case, compensation for unfair dismissal is not obtained. In exchange, the stalker will face a sentence that ranges between 6 months and 2 years in jail.

This has been all about workplace bullying. Remember, it is a practice that must be eradicated from any company. For the good of the workers and for the business’s own reputation.