New Moto C and Moto C Plus, all the news 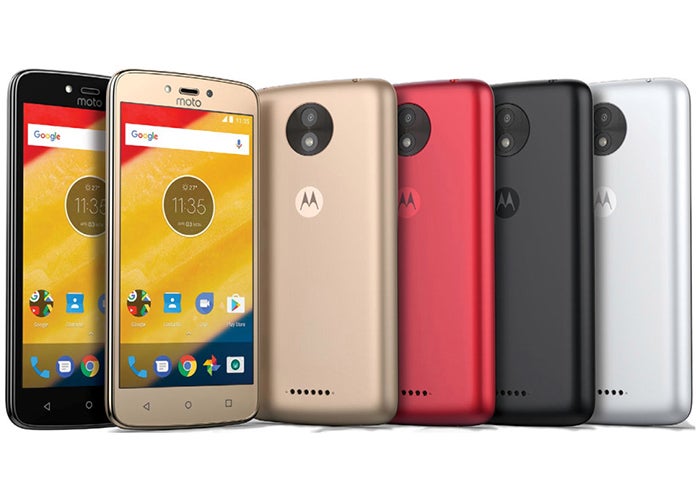 Moto C Plus, features and specifications

Moto C and Moto C Plus, price and release date

Motorola has just presented through its official news blog the Moto C and Moto C Plus , two low-end smartphones, which are located at the bottom of the Moto line catalog, with cut specifications and ultra-reduced price.

Although both terminals were leaked several weeks ago , it has not been until today when the firm has decided to publicize its new family of incoming smartphones. Next, we will see all the features and details of these new Moto C and Moto C Plus.

You may be interested: The next releases in all Motorola ranges revealed

The Moto C is the little brother of this new range of terminals. It has very trimmed features, among which its 5-inch screen with 480 x 854 pixels resolution and a quad-core MediaTek processor accompanied by 1 GB of RAM and 8 GB of expandable storage stand out .

It has a 2,350 mAh battery , and a photographic section formed by a main sensor of 5 megapixels and a front one of 2. One of the most outstanding details of the Moto C, is that it has Android 7.0 Nougat.

Moto C Plus, features and specifications

Taking a small leap in terms of features, while maintaining a reduced price - which we will talk about later - is the Moto C Plus . Unlike his little brother, it has a screen of the same size, 5 inches, although this in this case the resolution grows to 720 x 1280 pixels . Inside, again, a quad-core MediaTek processor is responsible for bringing the smartphone to life. Again, Android 7.0 Nougat makes an appearance inside the device.

The device memory also remains intact with respect to the most basic model: 1 GB of RAM and 16 GB of storage , the latter being expandable by microSD card. The battery, yes, grows to 4,000 mAh , and promises a duration of up to 30 hours of use. The photographic section, in this case, increases to 8 megapixels in the main sensor, and maintains the 2 megapixels of the front.

Moto C and Moto C Plus, price and release date

As confirmed, both terminals will be available this month in some markets in Europe, Latin America and Asia . Its price will range from 89 euros, 97 dollars or 1,822 Mexican pesos that will cost the Moto C , to 119 euros, 130 dollars or 2,437 Mexican pesos of the Moto C Plus.