On April 8, the Nubia Alpha flexible phone will be released 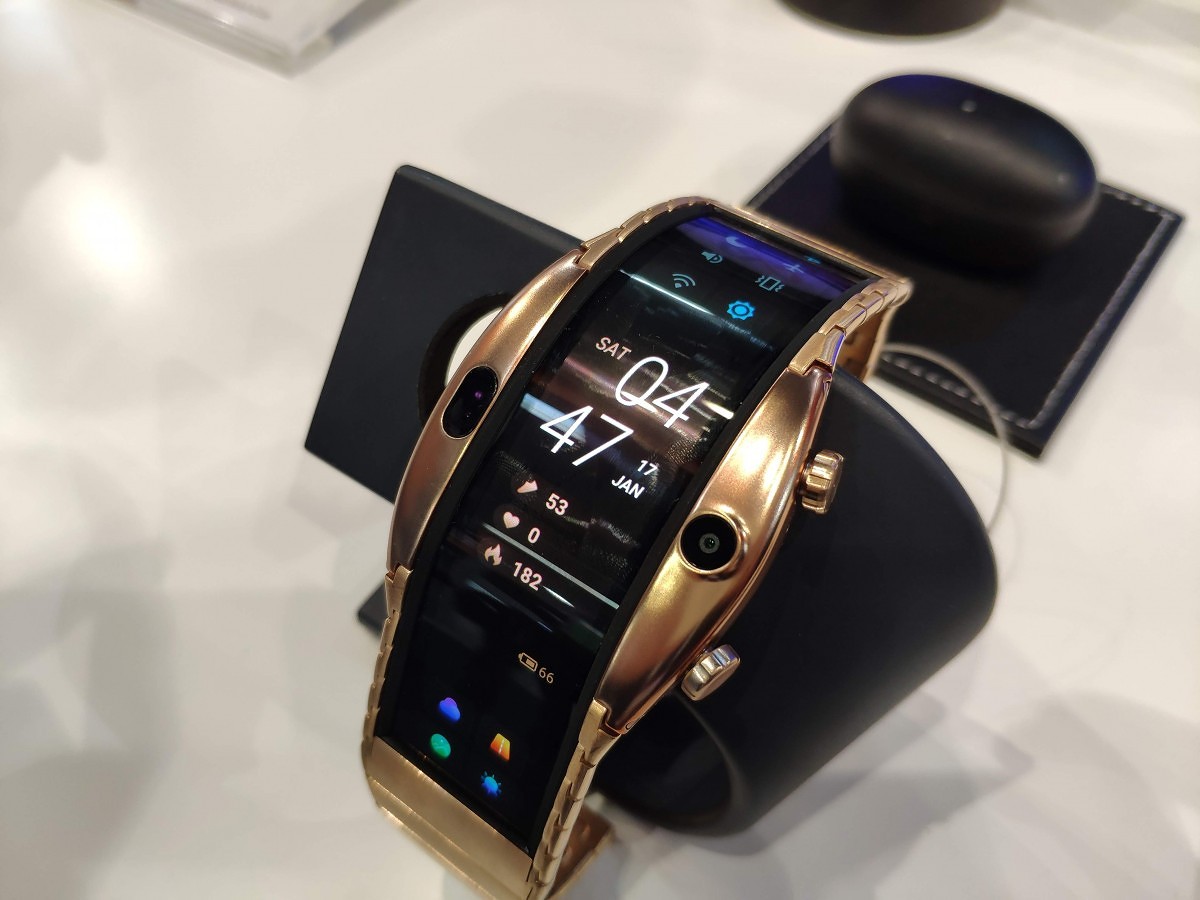 The futuristic smartphone that bends around your wrist will go on sale on April 8th, according to Nubia. Only now do we know the precise release date for the smartphone, which was first hinted at in February during the Mobile World Congress in Barcelona.

The cutting-edge Nubia Alpha phone curves around your wrist.

The year of foldable electronics appears to be 2019. Chinese company Nubia has a unique perspective on the entire idea. Their product falls halfway between a smartwatch and a phone, as opposed to a smartphone that transforms into a tablet.

A long, flexible OLED display on the Nubia Alpha is designed to wrap around the user’s wrist like a fitness band. A sizable portion of the wrist is covered by the 4-inch, 960 x 192 pixel screen.

The wearable internal components include an outdated Qualcomm Snapdragon Wear 2100 CPU, which was superseded by the Wear 3100 last year, as well as 1GB of RAM and 8GB of internal memory. The device’s 500mAh lithium-ion battery can power it for up to 2 days under normal use or for a week when in standby.

The device sports a 5MP front-facing camera on the side, LTE connectivity, and compatibility for 4G eSIM cards. Without a connection to your smartphone, you may use the Nubia Alpha to do things like make calls, check emails, locate your way around, use a number of apps, and browse the internet. Utilizing the Nubia Pods, which are being released in conjunction with the wearable, the device can also store and play music.

The Nubia Alpha appears to be a respectable entry-level fitness tracker as well. The GPS, digital compass, gyroscope, accelerometer, and heart rate sensor are all built-in. However, it’s debatable whether the hefty design will be comfortable enough to wear 24/7 or for sports, which is required for a 24/7 fitness watch, despite these specifications.

A futuristic smartphone that wraps around your wrist is called the Nubia Alpha.

The air controls are an innovative design element, as seen in the video below. You can use hand gestures to navigate the menus on these devices.

Pre-orders for the Nubia Alpha, which will be available in China starting on April 8th, are already open. After the product launches in the US and Europe,