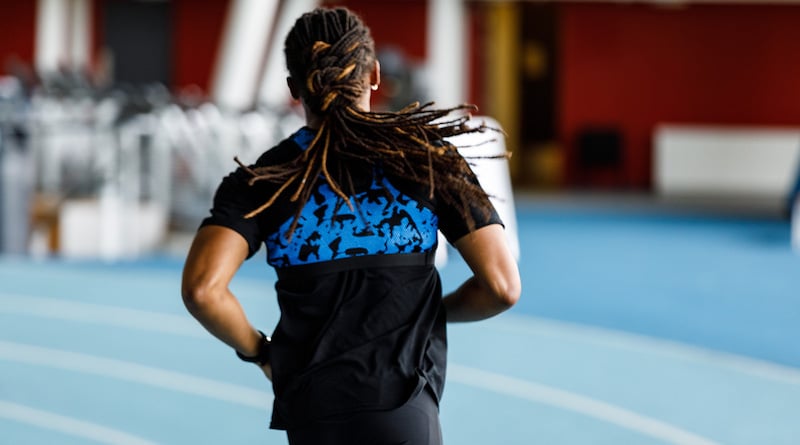 PrecisionWEAR is an artificial intelligence (AI) wearable that has just been released on Indiegogo. It offers the type of sports statistics that are normally only available to experts.

The system is composed of three different parts and is designed to cater mostly to athletes who are looking to improve their performance while also decreasing the likelihood of sustaining muscular injuries. The first item is a sports tracker that comes with an accompanying lightweight vest and is designed to be worn on the back of the vest. During training, it gathers data and provides an interpretation of the stresses and stressors that are being placed on the body.

In contrast to fitness trackers, it is positioned in the middle of the torso, so it can monitor movements throughout the entire body. A heart rate monitor is also built into the vest so that the user can gain a more comprehensive understanding of their own performance. The wearable device is capable of recording a total of 21 distinct metrics, some of which are stride imbalances, force, velocity, and the impact of different actions.

The corresponding smartphone app receives all of this information through Bluetooth and WiFi connections. Here is where artificial intelligence analyses the data and provides recommendations that can be carried out.

“I have really enjoyed putting PrecisionWEAR through its paces. “As a funded athlete, I had access to high level sports science support; however, as injuries and time took their toll, I lost access to that lottery funding and access to that level of support to keep me performing at my peak,” said European Medalist and brand ambassador Jenny Meadows. Meadows is also an ambassador for the Jenny Meadows brand.

“Had I had PrecisionWEAR during that time, it absolutely would have made a world of difference for me, and it is unquestionably something that millions of other athletes could benefit from.”

The wearable device is equipped with a 200Hz accurate motion sensor, 18Hz “True Sampling,” use of GPS, GLONASS, and GALILEO, 32 MB of memory, and 2 CPUs. Additionally, the device uses all three satellite navigation systems. The battery life lasts for around 10 hours.