Problems with Syncing your Fitbit Versa, Sense, Charge, or Inspire Can be Resolved as Follows 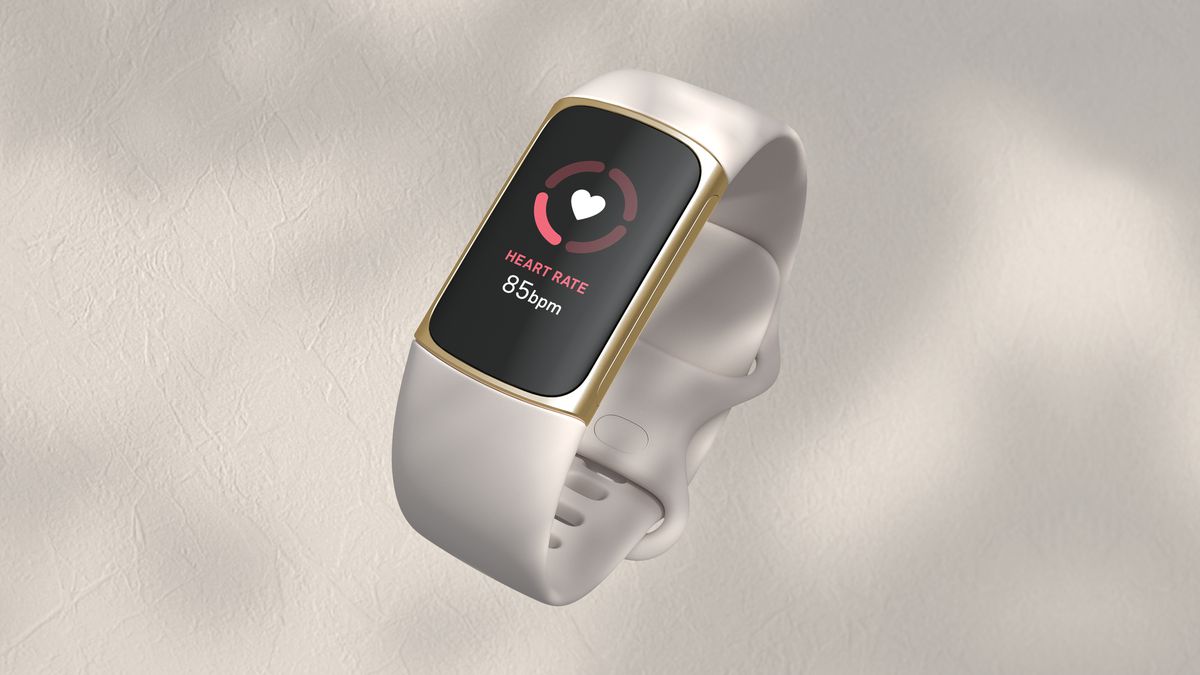 Why is it Necessary for Me to Sync my Fitbit device?

Why won't My Fitbit Connect with My Phone?

How to Resolve Sync Problems with your Fitbit

Not Synchronizing on your Fitbit? Here are some Troubleshooting Methods

There is a wide variety of activity tracking gadgets available from Fitbit. Their wearables suit the average individual who only goes for a run here and there. They meet the majority of the requirements. But let’s be honest: despite how much we appreciate our fitness bands and watches, none of these products is without flaws. Things will, on occasion, not go as planned. Here is what you should do if your iOS device, Android device, tablet, Mac, or PC is not syncing correctly with your Fitbit Versa, Sense, Charge, or other Fitbit device.

Why is it Necessary for Me to Sync my Fitbit device?

Displays are commonplace in today’s wearable technology. Viewing the statistics for the current day is made easier with this feature. However, you will need to access the corresponding mobile app on your smartphone to view longer-term trends, insights, and other information, primarily due to the fact that this is where your long-term data is stored. Because of its larger screen, a smartphone is a far more convenient device for accessing information of this kind. A Fitbit tracker only has limited storage space available for data. Therefore, it is necessary for you to periodically transmit fitness data to a device that possesses a vast capacity.

Connecting and syncing specific Fitbit devices, like the Aria family of scales, can be accomplished through the use of WiFi. Syncing will take care of this for you. The connection between the wearable and the smartphone, which is typically an iPhone or an Android device, is established by Bluetooth Low Energy, abbreviated as BLE.

Why won’t My Fitbit Connect with My Phone?

Problems can arise with any piece of software or hardware using electronics. The Fitbit that you wear on your forearm is not an exception to this rule. Your Fitbit Versa, Sense, Charge, Luxe, or Inspire may occasionally exhibit the symptom of refusing to connect to your computer and sync data. This is one of the problems that can arise.

There is a possibility that the program on your cellphone will either be unable to locate your fitness tracker or will be unable to maintain a connection with it. The app on your smartphone may be displaying a notice informing you that the device cannot complete the syncing process. Don’t be concerned; you’re not the only one. Things like this do occur on occasion.

There are many potential explanations for why your Fitbit is not synchronizing. As a result, the solution will be unique to each individual and circumstance. The problem may be with the Bluetooth connection. Your phone and Fitbit may have lost connection with each other. It is possible that the Bluetooth is not turned on; alternatively, an excessive number of devices may be utilizing the connection. It’s possibly possible that it’s a bug in the software.

Using the Fitbit app on your smartphone, you can find out when the last time your Fitbit synced was. If you click on the Today tab, your profile photo, and your device image, you will see the information. One can also accomplish this through the dashboard of the website. Simply clicking on the gear icon will bring up the date and time of the most recent Sync for your Fitbit tracker, which is located to the right of the tracker’s name.

How to Resolve Sync Problems with your Fitbit

We have included a few procedures for troubleshooting that handle some of the more typical sync issues. We can only hope that one of these solutions will work. This is most likely due to an issue with the connection.

There is absolutely no risk involved in attempting any of these actions. The device won’t alter your information in either the mobile app or the tracker, so don’t worry about that (the only alternative is a factory reset). If you are having issues with this, you should give each potential solution a shot.

Not Synchronizing on your Fitbit? Here are some Troubleshooting Methods

When you launch the Fitbit app on your smartphone, the tracker should instantly synchronize with the app. You will be able to see that this is occurring within the application at some point.

There will also be an auto-sync performed every 15 minutes if you’ve permitted it in the settings of your Fitbit account, as long as the Fitbit tracker is close to your phone or another device. This is the case even if you’ve disabled the auto-sync feature. To accomplish that, you will need to make sure that the Sync All Day option is turned on. Which can shorten the amount of time your Fitbit can go without charging.

When using a smart scale that connects to a wireless network, the synchronization process is completed immediately every time you step on the device. You will see a checkmark on the scale’s display, indicating that the Sync was completed successfully.

Manual synchronization is still another method. It is the simplest method available for determining whether or not there is an issue with the Sync. Launch the application on your smartphone and select the Sync Now option. You are free to do this whenever and as frequently as you choose.

Restarting the computer is an easy solution that may be applied to many different types of issues. If your Fitbit device is not syncing with your smartphone, you will need to restart either your tracker or your phone. This is the answer to the problem if your Fitbit does not respond to button presses, taps, or swipes, or if it does not track your steps or any other information you have set up.

Restarting your fitness tracker will cause the device to begin tracking again, but it will not destroy any of your data. It is not difficult to achieve. For instance, on Charge 3, press and hold the button that is located to the left of the screen for a total of eight seconds. When you see a happy face icon, and the tracker starts to vibrate, this indicates that the tracker has been reactivated. You can put it to use once more at this point. To force your Fitbit Versa to restart, press and hold both the back (left) and bottom buttons simultaneously for as long as it takes for the Fitbit logo to appear on the screen. Release your grip on the buttons. This shouldn’t take more than ten seconds to complete. See Please tell me how to reset my Fitbit.

If restarting the device does not resolve the issue, a couple of further options are available. Keep reading.

The tracker may have run out of full charge if it is not syncing. It is possible that it is turned off or that the Fitbit does not have sufficient battery life to complete the Sync. Add some more.

Is the Bluetooth feature on your phone turned on? It’s possible that there’s a problem with the connection. If this is not the case, you will be required to turn it on for the Sync to be successful. The area devoted to settings on your phone is where you’ll find the Bluetooth configuration options.

If it is turned on, you can try leaving the Fitbit app by using the power button. After that, turn Bluetooth off and back on your phone again. Launch the Fitbit app and check to see if the problem has been fixed.

In addition, you may check the connection status of your Fitbit by using the Bluetooth options on your mobile device. Check to see if there aren’t any other Bluetooth devices in the area that could potentially disrupt this connection. If it’s necessary, turn them off.

The same is true in terms of WiFi connectivity issues with Fitbit Aria scales. You can experiment with all of this, but rather than Bluetooth, you should use WiFi.

We advise that you connect the fitness tracker or smartwatch to no more than one of your electronic devices at a time. In principle, you should be able to synchronize with several devices connected to almost the same user; nevertheless, doing so can cause confusion. If the Fitbit tracker tries to establish a connection with both of the systems at the same time, there may be a problem if both of them are present in the environment.

Whether you’ve ever used your fitness band in conjunction with an application that was installed on a different phone, check to see if the Fitbit is still attached to the previous phone rather than the one you’re presently employing. Turning off Bluetooth on the device that you do not intend to use to sync is the simplest method for accomplishing this task.

If you’re still having trouble, try syncing by signing in to your Fitbit account on a new device, such as a mobile smartphone, tablet, or computer. This will indicate whether the issue is with the Fitbit tracker itself or with the device to which it is linked.

If your Fitbit gadget is still unable to sync, remove any other Fitbit devices from your account and the list of Bluetooth devices attached to your mobile device. You will have to re-pair your Fitbit to your phone in order to continue using it. Using the app on your smartphone makes this process very simple. You will notice a message inquiring whether you are willing to permit your Fitbit gadget to pair with your device.

This does occur on a random basis from time to time. The problem is solely on Fitbit’s end, so the good news is that all you can do is wait for things to get back up and running. There is nothing else you can do. The bad news is that while you are waiting, you probably won’t be able to launch the app, sync your device, or even log onto Fitbit’s website. This is the unfortunate reality. downdetector.com is the most reliable resource for determining whether a server is down or whether there is another type of technical issue.

You can resort to doing a hard reboot of your Fitbit if everything else fails. The bad news is that this will cause all the data stored on your tracker to be deleted. This means you will lose everything that has not been synchronized. Therefore, it is not the same as simply starting over. However, the information that is now stored on your Fitbit account will remain there.

A forceful restart of the Fitbit will return it to the state it was in when you first purchased it. This means that you’ll need to re-pair the gadget to the mobile application and set it up as a new fitness band or watch.