QuickPic and the 7 best Photo Gallery Alternatives for Android 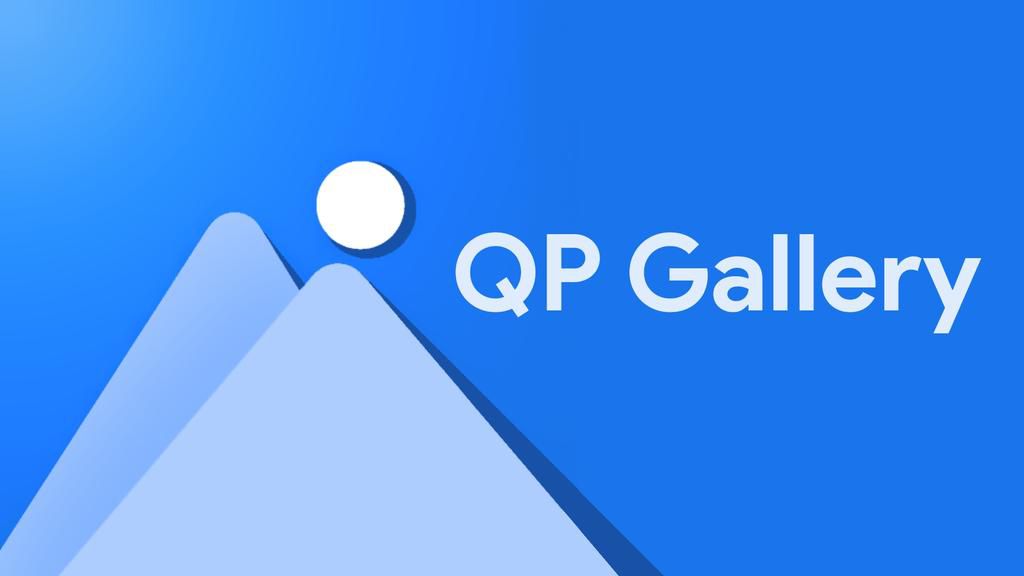 If you have always had mobile phones with more or less customized software by manufacturers, you may not know that, since Android 5.0 Lollipop, Android no longer includes a gallery application and therefore it is the task of manufacturers, or users to ultimately install a app that allows them to view photos and videos captured with their mobile or downloaded from the Internet, directly from the device itself.

That is why the popularity of gallery apps for Android has not been diminished over the years, because after all users still have the opportunity to choose an application that meets all their needs in this regard. And among all of them, there is one that managed to achieve success like no other: QuickPic .

But this famous application, which at the time accumulated millions of installations through Google Play, disappeared from Google Play from one day to another - and luckily it did. Since then, there are those who have not yet managed to find a suitable substitute for which one day was the best gallery application available on Google Play.

QuickPic had been on Android since the first days of the operating system . Its developer, known by the pseudonym AlenSW, intended to create a gallery application that worked much faster than the native system, and he did. The result was an app whose weight did not exceed 1 MB in its first days, and still had all the essential features that could be needed in an app in its category, all combined with a fast and light operation.

Over the years, more and more useful features and functions were introduced into the application , such as the ability to hide or protect folders, integration with cloud storage services such as Dropbox or Google Drive, and many, many more. With the arrival of version 4.0 , the last before the event that would mark the beginning of its end, QuickPic was undoubtedly the most famous gallery app of all Google Play.

Then August 2015 arrived, and Cheetah Mobile, the company behind Clean Master, crossed the path of AlenSW with a tempting offer . Although even the figures of the agreement are not known at this point, we do know that it was enough for QuickPic control to become of this controversial Chinese development company, and for the main thinking head of the project to abandon the ship at its best moment.

Many users of the application soon left QuickPic when they knew who would be responsible for maintaining the application at that time, and Cheetah Mobile itself had to try to build customer loyalty through strategies such as the gift of 1,000 GB of cloud storage to store the images and videos of users. But its background, such as sending user data without permission among other illegal actions, led to the app at the beginning of its decline.

With developers who cared little for their community, and users increasingly tired of the app starting to flood with unnecessary advertising and additions, December 2018 arrived and the application was removed from the Google Play Store. Google did not make official the specific reasons why QuickPic was removed from the Google Play Store, although everything was part of an “cleaning” campaign of apps created by Cheetah Mobile and other of its subsidiaries, after having exposed a case of click fraud massive through which their apps obtained thousands of positive ratings fraudulently.

And from that moment, there was little. QuickPic was still unavailable now , and some of the lovers of this application have managed to revive the classic version of the app, allowing anyone who wants to enjoy its features, to do so without a trace of the additions of Cheetah Mobile. You can download the APK from XDA-Developers:

However, at the end of April, 2019, when Cheetah Mobile was immersed in another controversy that ended up being the cause of the disappearance of ES File Explorer from the store , QuickPic returned, surprisingly, to the Google Play application catalog , and since then it can be downloaded again. Today, of course, Google seems to have imposed some restrictions since it is not possible to download the application on all devices.

There is no doubt that the history of QuickPic is worth studying. But it is not the only gallery application available for Android , and I am very afraid that by now your superiority would no longer be as clear as it once was. In fact, these are seven fantastic alternatives that can be downloaded, and that offer many of the features of this historic Android app, along with many others:

Fast, beautiful and cross platform. Piktures has been leading the gallery apps category for Android for several years , with over a million installations and a developer who cares about his community. It has some of the most famous QuickPic features, such as the possibility of protecting folders, access to images and videos in the cloud or reproduction - and creation - of animated images in GIF format.

Although your mobile does not include a gallery app, Google Photos is very likely to be among the system’s applications. The image and video storage service in the cloud is, in addition to one of the best applications ever created by Google, a fantastic alternative to the gallery app of any Android device .

Beyond allowing to save images and videos in high quality in the cloud without limit, Google Photos has a built-in editor, the possibility of creating albums, intelligent assistant and a host of other functions that arrive almost every week. As if that were not enough, it also hides some trick with which to get even more out of it if possible.

But you may just need an application to see the photos and videos you make with your mobile, and nothing else. In that case, Simple Gallery is probably one of the most recommended options in the store.

It is an open source app , which includes essential functions such as the ability to rename, share, delete, move images between folders or set photos as wallpaper, as well as other more advanced utilities , such as SVG file support and RAW or panoramic photos.

It was one of our chosen in the selection of best applications for Android of 2018 , and is that without a doubt Memoria Gallery has managed to bring a breath of fresh air to this category, thanks to its fantastic customizable design based on Google’s Material Design lines.

Among all its functions, which are not few, highlights the support to send content to Google Chromecast devices , private trunk to save and protect images and videos, or deep search of content between different albums. However, the possibility of modifying practically all the sections of the operation and the appearance of the app, is its main attraction with respect to the rest of alternatives.

Among all the alternatives in this selection, Camera Roll is probably the most similar app to the latest versions of QuickPic that were still worthwhile , in terms of design and available functions. It has a simple appearance, with design lines based on the Material Design language, and great animations when performing various actions.

Its code is free, and among the most important features are the display of Exif data from photographs, virtual albums, the ability to hide folders or a built-in file browser that allows you to move and copy images and videos between folders.

Renowned application developer F. Franco, also known as the creator of Franco Kernel, has among its catalog one of the best gallery apps that can be downloaded on Android: Focus . As a Memory, this application stands out for its design, careful to the last detail, although it does not forget essential functions among which the possibility of labeling images for a better organization stands out, quick access to content from the app’s home screen , or a useful option to block that can be passed from one image to another by sliding your finger on the screen-You don’t know that you need this function until you lend someone’s cell phone to see a photo and start to slide from one side to the other, seeing the rest of the images in the gallery. It also allows you to block access to the app with a fingerprint.

But there is more. Together with Focus, the developer also offers a much simpler version of its gallery app, Focus Go , perfect for those who do not need thousands of different functions, and just want a tool from which to access all their photos and videos in the fastest and simplest way possible. This is how its creator defines it:

As you can see, there are very good photo galleries for Android . Despite everything we have said, QuickPic is one of the most popular, although the fact that it has been removed from Google Play surely takes its toll. Luckily, in the Google app store there are alternatives as good as the ones we have shown you.