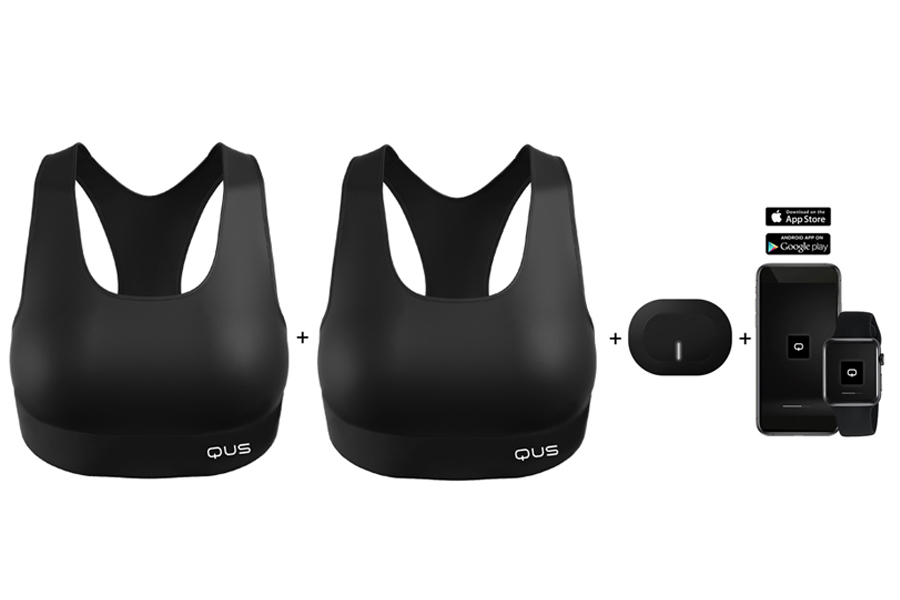 Intelligent clothing is the wave of the future. A device that is worn on the body rather than on the wrist, such as a smartwatch or fitness tracker, seems to be in a better position to observe vital signs. In addition, these are items that you would have worn anyhow; the only difference is that they are smarter.

The sector, on the other hand, is only in its infancy at this point. Because there aren’t many major players in this industry, the responsibility of driving the market ahead falls on the shoulders of the smaller enterprises. One of these companies is called QUS Sports. The company, which is based in Austria, is in the process of getting ready to begin the serial manufacture of a smart textile that is washable and can capture body data.

It is a two-piece set consisting of a shirt and a bra. A plethora of data is recorded by the textile sensors that have been included in the clothing. This consists of the heart rate, the variability of the heart rate, the breathing rate, the number of calories consumed, geo-data, acceleration, g-force, sleep, and regeneration. The best part is that there is no requirement for a chest strap or a connected phone in order to collect the data.

The measurement of your pulse and respiration together opens up a world of possibilities for gaining insight into your training, regardless of the activity or sport you participate in. Measurements can be taken off the lactate turn points, the efficiency of the breathing rate, and the optimal levels of aerobic and anaerobic performance. Also, the data is collected right on the body, which makes it very accurate.

The shirt incorporates cutting-edge sensor technology in the form of washable textile threads that are able to resist more than one hundred cycles in the washing machine. The On-Board-Unit, which has a slot in the back, is the sole item that gives away the fact that this is more than just a fashionable garment. This part is where the GPS, accelerometer, and gyroscope are, and it also allows data to be shared and sent to the network or app.

Individuals that train seriously, athletes who compete at the semi-professional or professional level, or athletic teams might be particularly interested in the clothing. At this point, the Kickstarter project has comfortably surpassed its financing goal. There are only six days left. If all goes according to plan, backers can anticipate that they will be able to start donning their intelligent tops and bras in the month of April.