Review of the DrinKup Smart Bottle, Which Helps You Monitor How Much Water You Drink and Remain Hydrated 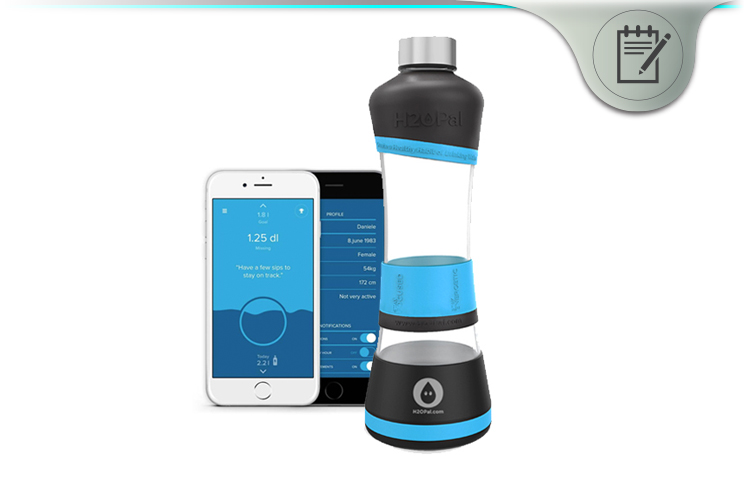 The Design and Construction of the DrinKup Smart Bottle

The Functions and Capabilities of the DrinKup Smart Bottle

An Overview of the DrinKup Smart Bottle: Concluding Thoughts

We are all aware of how essential it is to stay hydrated by drinking water. If you aren’t taking in a sufficient amount of the liquid, then you ought to give some serious consideration to beginning the process of modifying this behaviour. Water is essential for the effective digestion of food, the elimination of harmful substances, continued good health, and the maintenance of the functions of the body’s systems. It’s been shown that getting enough fluids might help you lose weight, think more clearly, and feel happier overall.

The search for a device that can keep track of a person’s hydration levels automatically is still continuing. There are a number of businesses, including LVL Technologies, that have been developing hydration monitoring smartwatches. However, we have not yet seen anything of their efforts materialize into a device that can be used in the real world.

Sadly, about three out of every four people living in the United States suffer from chronic dehydration. This is a really concerning development considering that water is one of the resources that are necessary for human survival.

I’ve been given the opportunity to evaluate a tool that is designed to assist you in outperforming these numbers. The water bottle known as DrinKup has an appearance that is comparable to that of high-quality steel bottles that are sold in retail stores. The intelligence is what sets this one apart from the others.

The Design and Construction of the DrinKup Smart Bottle

The height of the bottle, which is made of stainless steel, is 249 millimetres, and its breadth is 73 millimetres. It can store 500 millilitres or 17 fluid ounces. It is available in a range of cheery, vibrant hues, including blue, yellow, red, and white, among others. I tried out the one in blue.

The lid is made up of aluminium alloy and materials that are free of BPA and beneficial to the environment. The body of the device is made of 316 double-walled vacuum insulation, which keeps hot drinks hot for up to 12 hours and cold drinks cold for up to 24 hours.

The touch-enabled 5 x 16 LED lattice display is built into the lid of the enclosure. This is the only thing that gives away the fact that DrinKup is not your average water bottle. There, in that location, is compiled all of the information that you require. This covers the state of your battery as well as your progress, reminders (in the form of an icon and a vibrating warning), and more. You will even receive a notification from the lid if the temperature of your beverage is unsafe or if it is time to change the water because it has become stale.

Simply pour a water-based liquid into the container, and allow DrinKup to handle the remainder of the process. When you take a drink, the smart lid keeps track of how much you’ve consumed, even if you’re not using the accompanying smartphone app.

There is no on/off switch to be found. The bottle turns on by itself and continues recording for as long as the 400 mAh Lithium Polymer Battery has power. You do have the option within the app to turn it off, but unless you’re going to be out of the country for an extended period of time, there’s really no reason to do so.

The LED will signal to you that the charge is running low by showing an icon of a battery when it does so. In addition, you can check the status within the application itself.

Thank goodness, you won’t have to pay for anything like this every single day. The battery should last for at least one month and up to three months, but this obviously depends on how often it is used. In order to charge it, you must first remove the cap, then access the compartment that is protected by a rubber band, and lastly, plug it into a USB port. When the charge is complete, just replace the cover over the charging port and screw the lid securely into place.

You are not limited to filling the bottle with water alone; in fact, you can use any beverage. However, you should take care not to load it with hot soups, liquids that include salt, or acidic beverages before using it. It’s okay to drink beverages such as coffee, tea, milk, and other beverages.

According to DrinKup, its bottle can be hand washed but should not be put in the dishwasher. When it comes to cleaning the smart lid, you need to exercise extra caution. You should run it under the faucet, but you shouldn’t completely immerse it in water. In order to avoid damage caused by water, check that all of the components that are waterproof are installed in the appropriate locations.

The Functions and Capabilities of the DrinKup Smart Bottle

The process of putting the bottle together is quite smooth. Install the companion mobile app on your smartphone, set up a log-in, and respond to a few fundamental questions (height, weight, age, etc.) After that, you’ll need to connect DrinKup to your mobile device in some way. I was surprised to see that all of this just took a few minutes. My phone picked up the Bluetooth signal right away, and in the few weeks that I’ve been using it, I’ve never had a connection break.

Throughout the course of the day, the bottle keeps track of how much you have consumed. To begin making use of it, only screw on the cap after filling it with fluid and removing the cap. When the bottle is placed on a level surface, the ultrasonic sensors within will calculate how much water is contained within the container. Because it makes a small whizzing sound for a matter of moments, and that’s how you understand it does something—likely transmits sound waves and monitors how long it takes for them to rebound off the water (but that’s just my assumption), but you can tell it’s working because it does something.

When you take a drink or pour some water into a cup, the clever technology in the lid will recalculate how much water is still in the bottle and save that information in its memory. This will happen every time you use the bottle. It seems to me that it carried out this task with a high degree of precision.

To determine how well you are hydrated, all you have to do is raise the bottle and turn the cap upside down. You’ll see a glowing assessment of your performance over the preceding sixty minutes illuminated on the screen (as a percentage). The aim is to maintain a percentage that is greater than 80 per cent. When I first saw the number, I assumed it was an indicator of how much water was still left in the container. However, it turns out that it is reflecting your hydration state, which makes far more sense.

When you first set up your account on the app, you will be prompted to choose a target amount of water to consume each day. DrinKup will perform the calculation for you automatically, but you also have the option to adjust the number manually. It was recommended to me that I consume 2.6 litres of water every day, which is an amount that appears to be a fair approximation. This is the figure that the program requires to figure out how much water you require per hour.

A reminder will be sent to you automatically via DrinKup whenever your water balance drops below 80 per cent, and a “heart” icon will be displayed regularly. If you raise the percentage to more than 80 per cent, the problem will go away.

When it is time to take a sip, the lid vibrates three times, signalling that it is time to do so. You shouldn’t be bothered by vibrations if you’re at a conference or if you simply don’t want to be bothered with them. However, this feature may be turned off. There is also an option that allows you to choose the time range during which the bottle will follow your fluid intake. For example, between the hours of 8:00 a.m. and midnight, the bottle will be awake and monitoring your water intake, but it will go to sleep during the other hours.

There are also a few other cool features to make use of. You are able to view the temperature of the water contained within the container, for instance. Simply invert DrinKup for a few seconds, until you feel a vibration, and then flip the bottle back over so that it is standing upright. Even if the fluid is too hot, the screen will give you a warning about it! If you leave the water in the container for more than a matter of days, the display will show an X. This indicates that the water has become stale, and you should replace it as soon as possible.

You may have access to even more in-depth statistics by downloading either the iOS or Android application. You will be able to view the total amount consumed for the day in addition to a timeline in this section. To review your hydration log, navigate to the “hydration chart” and click on it.

The history tab provides you with information regarding how well you have hydrated yourself over the course of the past week. By clicking on any day, you can see a full record of how much water you drank that day.

The software makes it easy to keep track of any remaining water that remains in the bottle after it has been consumed. Because it would take much too much effort to dump all of the fluids into the flask before consuming them, this accessory is unquestionably a helpful addition to have. Simply select how much you drank and when you consumed it, and the app will automatically add it to your timeline.

Regrettably, you may only add extra drinks that have been consumed within the preceding 24 hours. It would be helpful to extend the feature so that you could travel further back in time and edit the numbers. This would be handy. Possibly anything that could be improved by installing a newer version of the software.

Tracking activities such as exercise is also possible with this app. After all, if you have just finished running 10 kilometres on a hot summer day, you need to increase the amount of liquid you consume.

This app does not integrate with Garmin Connect. However, it does work with Apple Health and Fitbit. The information regarding hydration may be seen in the screenshot on the far right, which is shown above. In addition, there is a tab called “Friends” that lets you talk to your closest friends.

An Overview of the DrinKup Smart Bottle: Concluding Thoughts

The purchase of an intelligent bottle of water is certainly not something that many people would consider doing. However, it can act as an eye-opener to how much fluid you consume during the day (or in my instance, how very little liquid I consume).

The DrinKup is an extremely well-planned out gadget that removes the difficulty associated with keeping track of the amount of water that you consume. It functions faultlessly, reminding you when it’s time to drink, yet it doesn’t overwhelm you with statistics. In addition to this, it is compatible with well-known programs like Fitbit and Apple Health.

Is this the best possible solution? Almost certainly not. It’s not going to automatically monitor your water levels, but it’s probably still the best thing until someone figures out how to make it happen.