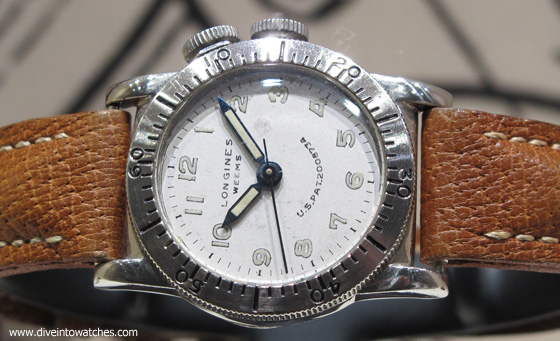 What is Rotating Bezel?

How is the bezel used?

After the clock, the watch was one of the best creations the world had ever witnessed. In the 1700s, the first example of a watch was created in Germany. What was once known as a watch has evolved significantly. In addition, a great amount of technology has been added. In fact, if you adore smartwatches, you’ll know that the fact that they tell time is the last thing to brag about.

Not long after the watch was created, it was apparent that it would be a helpful tool because it was so comfortable to wear on the wrist. Hence, it was evident that watches would evolve into highly sophisticated devices.

The rotating bezel was created while the watch evolved.

We’ll explore why a watch’s bezel rotates. We’ll also go through what one exactly is.

What is Rotating Bezel?

This is an essential component of any dive watch. In fact, it’s most likely that it is the most crucial aspect of all. It’s what sets it apart from a regular wristwatch.

A bezel is a disc that rests on the dial’s exterior edge. It is divided into 60 sections to represent 60 minutes. It can be adjusted to align the zero marker with position 12. The hour is represented by the 60-minute markings around the bezel, which reflect how long a typical scuba tank of oxygen would last.

How is the bezel used?

A diver will set an arrow on the bezel at the 12 position on the watch before entering the water.

There are 60 divisions, and they can range from 0 to 60 or vice versa. It doesn’t make a difference which way you do it. The purpose is to inform the diver how many minutes have gone since their dive began. They can monitor how many minutes remain until they can enjoy the dive while still having enough oxygen in the tank to resurface.

The time a diver enters the water is crucial to note. There is a possibility of the body absorbing nitrogen when the ideal period has ended. Things get a little complex after this process starts in the body. The diver can’t start ascending right away. Instead, they must wait for a specific duration and be at a certain depth to decompress the nitrogen inside the body.

Smart divers are aware of this and follow the “120” rule, which specifies the maximum amount of time, in minutes, that a diver can spend at a certain depth. This is calculated by subtracting 120 from the depth. If a diver goes on a 70-foot dive, their bezel will show a maximum no-decompression time of 30 minutes.

Time, depth and oxygen levels should be considered while planning a dive. On most devices, the first 15 minutes are usually highlighted. If the diver exceeds this time limit, they will have to remain beneath for longer because the rise will be slower.

In the 1950s, the first rotating bezel appeared on a dive watch. It was born out of need rather than wishful thinking. Divers sought a watch that could track their time at depth and intended it to be water-resistant.

In the 1930s, Rolex tried a similar bezel design, although it lacked some refinement. In the early 1950s, Blancpain introduced a considerably more effective bezel.

Blancpain was the first to design the uni-directional rotating bezel, which solved the problem of bezels slipping out of place. When this happened, the diver faced a possibly fatal risk because he no longer knew how much time he had left and had to ascend for safety reasons.

In the 1960s, the bezel was moved beneath the protective crystal to safeguard it from unwanted movement. With the inclusion of an additional crown, the dive watch became a “thing” in its own right.

Doxa was the first company to offer a no-decompression sign on the bezel. This was distinct from time marks, and Doxa went on to improve it further, eventually producing dive computers rather than watches.

Omega rose to the occasion in the 1970s with the Plongeur Professionel, which featured a thickset casing with a side button that had to be pushed to adjust the bezel.

Different features have been tried and tested over time. Some have shown to be worthwhile, while others have proven unsatisfactory, but the bezel has remained largely the same.

Even though we now have far advanced technology that can digitally store and show all the data a diver would require on a dive, smart divers will still wear a watch on their wrist as a backup in case of technical failure.

This analog quartz Navy SEAL dive watch is available for $375.00. The 43mm casing isn’t too big, and it displays the day, date, and even the moon phase in addition to the rotating bezel. The Swiss quartz movement comes with a sapphire crystal cover, which is excellent at this price.

It’s water-resistant up to 200 meters, so it’ll be ideal if you’re a newbie diver.

Hope we have covered all that you had wanted to know about rotating bezel watches. For more reviews, visit our website.