Rumors, leaks, and expectations all point to a Garmin Vivoactive 5 not being released 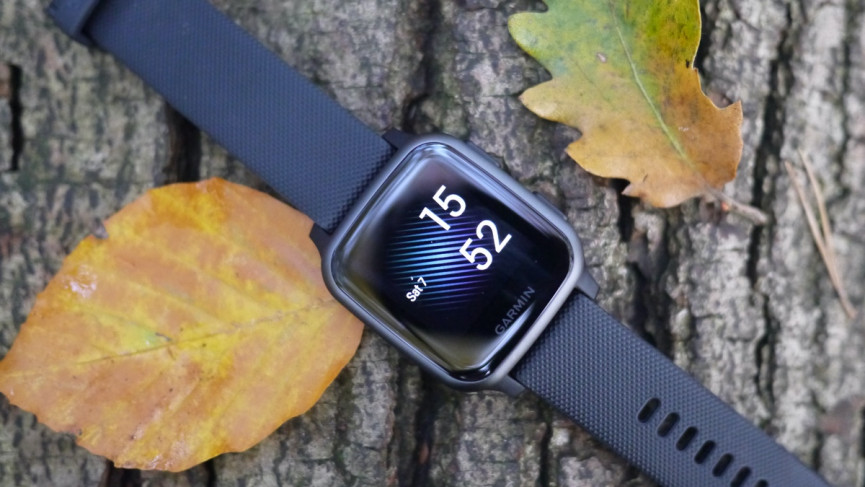 So, what's the deal?

Design predictions for the Garmin Vivoactive 5

Features we'd want to see in the Garmin Vivoactive 5

Is this a cellular model?

The Vivoactive 4 has been around for more than two years. It debuted at the 2019 IFA in Berlin, back when virtual events were unheard of. What about its successor, though? When do you think that one will arrive?

The Vivoactive 4 could be the last in the series.

As an all-purpose smartwatch, the Vivoactive 4 is a popular choice. It accomplishes a little bit of everything while still looking nice. The Venu, a more refined version of the device, was also released at the same time. A year later, the Venu SQ, a more affordable version of the watch, was unveiled. Venu 2 was released in 2021, while Venu 2 Plus was released in January of this year.

Is it safe to assume we’ll receive a Garmin Vivoactive 5? We’re not convinced.

The warranty information we found the other day from an authorized Garmin local reseller supports our position. A number of yet-to-be-released devices are included in their list of devices. This gives us an idea of what we might expect later this year.

The Forerunner 255, 255s, and 955 are mentioned, as well as the Venu Sq 2 and a few other new Garmin items. However, there is no mention of the Vivoactive 5.

So, what’s the deal?

When you think about it, the Venu collection is now well-established. Given that the only difference between the Venu and the Vivoactive is the display quality, Garmin may have determined that keeping both lines alive is unnecessary.

Let’s not forget about that. These gadgets are Garmin’s answer to all-purpose smartwatches like the Apple Watch. If you’re competing in this space, display quality is crucial.

The initial Venu had one big flaw: it had a short battery life. This is due to the fact that an AMOLED display consumes a lot of power. The second generation, on the other hand, reveals that even such devices may last a long time. As a result, it’s less likely that the company will create a gadget with a memory-in-pixel display that uses less power.

In addition, Garmin products typically have a two-year life cycle. And the Vivoactive line hasn’t been updated since the summer of 2019. It would be pointless to revive the line in 2023 if Garmin had no plans to offer a new iteration in 2022.

But what if we do get to see the Garmin Vivoactive 5 in September at IFA 2022? Our expectations are as follows:

Design predictions for the Garmin Vivoactive 5

With the Vivoactive line, Garmin has done a lot of design experimentation. In the beginning, it didn’t look good. In recent years, though, the business has settled on a circular form factor, similar to its Forerunner and Fenix gadgets.

With the fourth generation, the only significant modification was the availability of several sizes. Garmin released two watches: a stainless steel 45mm model and a 40mm one for tiny wrists (dubbed 4S). Both devices have a depth of about 12.8mm, which is 0.8mm less than the predecessor (which has a diameter of 43mm).

If there is a fifth generation, we don’t understand why Garmin would modify the form factor. A spherical device with a few different size alternatives should be considered once more. An X version for large wrists could be a possibility. This is the approach chosen by the company with its Fenix series, which comes in three sizes.

As previously stated, the latest version includes a transflective memory-in-pixel (MIP) display that is visible in direct sunlight. Garmin may always improve its resolution and possibly reduce the bezel. It could also help to reduce the device’s thickness.With each passing year, sensor and battery technology improve, so it’s reasonable to anticipate a higher battery capacity. In smartwatch mode, the Vivoactive 4 can last up to eight days, and in GPS and music mode, it can last up to six hours. The 4S can run for up to seven days in smartwatch mode and five hours in GPS and audio mode thanks to the smaller battery.

Those numbers might simply be improved. Wouldn’t it be great if your next Vivoactive had a two-week battery life?

Features we’d want to see in the Garmin Vivoactive 5

With the fourth generation watch, the SpO2 sensor was an essential feature. It monitors blood oxygen levels and calculates estimated respiration. These are useful statistics, especially when it comes to tracking sleep.

Other features, such as built-in GPS and NFC enabling Garmin payments on the go, are mostly unchanged from the previous iteration.

So let’s hope for a Vivoactive 5 in the future. The Garmin gadgets that have lately been released provide a hint as to what to expect.

The Vivoactive 4 offers pretty much everything Garmin has to offer when it comes to typical activity monitoring essentials. There isn’t much room for improvement.

Performance metrics are an area where there is room for improvement. We’re talking about measurements like recovery time, training load, training effect, real-time performance condition, and other firstbeat-type metrics. You do receive VO2Max, but that’s about it.

Why not add a few more metrics? The sensors are already in place; all that is required is a software upgrade. Part of the issue is that Garmin requires something to distinguish this watch from the Forerunner and Fenix lines. However, adding a few more performance measures would be beneficial.

The ECG sensor does not seem to be a natural fit for most Garmin sports watches. However, it might work well with the Vivoactive. After all, this is a fitness and health watch that can be used for anything. Apple, Samsung, and Withings are among the companies that have already implemented ECG technology. Garmin is also putting the technology to the test.

A thermometer also appears to be a viable choice. Fitbit has included it in its most recent watch lineup. Rather than taking your temperature, it generates a baseline and then tells you if you’re over or below it. This feature is expected to be included with the Apple Watch 8.

Other sensors could be added as well. It’s possible to monitor your blood pressure.

Is this a cellular model?

Finally, cellular connectivity is possible with an additional Vivoactive 5 model. Once again, the Vivoactive or Venu ranges are a better fit for this type of capability than any of Garmin’s sports watches. We don’t expect to see this implemented across the board, but we could see cellular and non-cellular models. Garmin’s cellular functions have thus far been limited to safety features. It would be nice to have a true LTE-enabled Garmin watch.

If Garmin surprises us and releases a Vivoactive 5, expect it to arrive in September. Is there no device by then? You can probably disregard the Vivoactive line of products.