Scan old photos using Google technology, is it worth it? 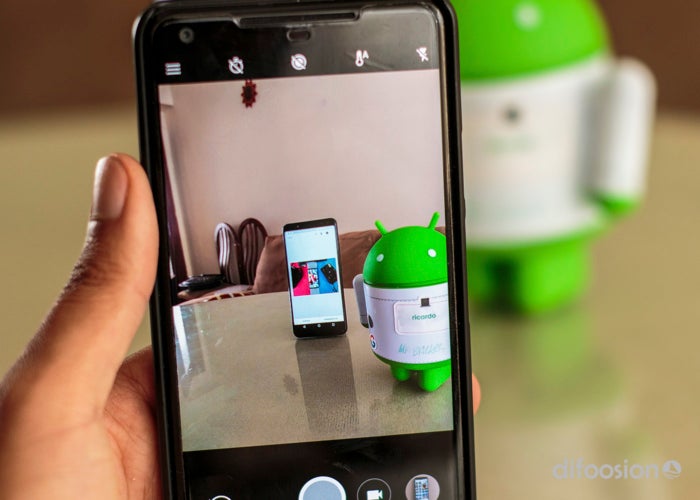 If you look back you will remember that Google launched a few years ago FotoScan , an application focused on scanning old photos . Its main asset was that it allowed to eliminate the brightness of the photos to make a perfect scan, thus preserving the image printed on photographic paper for posterity in digital format. Today, and having seen the progress presented in the Google I / O in the field of Artificial Intelligence, we wanted to test it and check the results for ourselves.

The application is available for iOS and Android , and its operation could not be easier. All you have to do is open it, focus it on the printed photo, and shoot. The application turns on the flash and asks you to move the camera towards a series of white circles that appear in the corners of the image. That way, PhotoScan manages to eliminate the brightness that could appear by taking a photo, which is what anyone who does not know about this application would do.

We have chosen five photos, each more worn, to put the application to the test. Each one of them is different. There are people, landscapes, one in black and white from the 70s and one in sepia tone with some superficial damage . We have scanned them with natural light using a Samsung Galaxy S7 edge with Android Oreo . The results ... judge for yourself.

The application generates quite large files, between 1.5 and 3 MB, and with a maximum size of 3,000 x 2,000 pixels . All are stored in the internal memory of the mobile. The truth is that, by boat soon, we might think that the images will look good and their quality will be decent, but the evidence tells us that not always. The photos, as is, they look good , although the app adds some watercolor effect in some of them that makes them lose sharpness and detail . The problem comes when we expand them.

As you can see, the first image, while maintaining the saturation of the original photo, loses a huge amount of detail and looks too much, too clearly . In addition, in the result obtained with FotoScan, you can see the grooves of the old photographic paper. The scan done with the DSLR camera offers a more natural result , with better quality and more detail. In addition, the photos taken with the SLR allow subsequent editing if they have been taken in RAW.

Although the result obtained with FotoScan respects the colors better, the quality of the image taken with the SLR is much higher . The image has more detail and, although the grooves of the photographic paper are also appreciated, the photo shows more quality. The result is even, yes, but the DSLR wins, at least in my opinion.

In this case, it may be that the result obtained with FotoScan is, in my eyes, slightly higher . The application has managed to eliminate the brightness of the sides and the definition is somewhat better. The image taken with the SLR camera is not bad, but the camera cannot avoid the brightness that appears on the right and left. FotoScan takes the point.

Is it worth using FotoScan? It is not the best alternative , but if you do not have a scanner at home, no camera or knowledge of editing software, yes. The application fulfills its objective and the result, far from being perfect, fulfills its mission. In addition, the photos are automatically backed up in Google Photos , so you will have no risk of losing them.

On the other hand, it is still true that you will rarely zoom into an old photo . What the user wants to achieve with this type of apps is to have a backup, so the quality obtained is more than enough. It could be better? Without a doubt, but less gives a stone. Using this app is much more effective than “taking a picture of a photo.” Anyway, FotoScan is completely free, so take a look and judge the result for yourself.