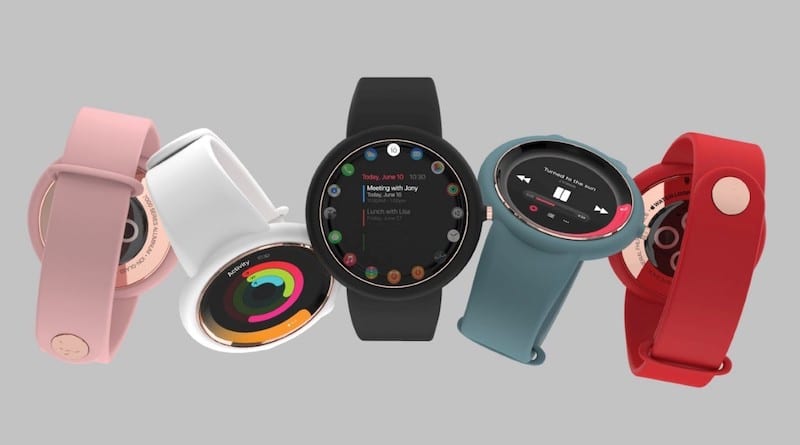 What are the chances that Apple will release a circular watch?

We have seen a few different designs for the Apple Watch, but very few of them have a spherical form factor. A new one demonstrates how appealing such a gadget may be in certain circumstances.

It was created by the fashion designer Felipe Duarte (via Yankodesign). An Apple Watch Loop version has been added to the product family in this proposal, which has been given the name Apple Watch Air.

Because Felipe views the item as the introduction of a brand-new line, he has designated it as the “Series 1.” We can’t say for certain that the Cupertino company will go with such a name pattern since we don’t have enough information. We believe that the most probable scenario is that they will number it to align with the existing lineup.

Putting the matter of naming to one side, the notion is lovely and useful. Additionally, it offers a certain degree of variation.

Given that so many generations have gravitated toward adopting more or less the same appearance, it would be a novel approach to the concept of the Apple Watch. To be fair, there have been some minor adjustments along the way, but nothing that can be said to be a game changer. These included a moderate shift in the size, improved display quality, and a few other additions.

The Apple Watch that Felipe envisions has a circular case and a concave display. This would be linked to a watch strap, and it would provide a protective bumper around the edges of the watch face. That would give the gadget a rugged and athletic appearance at the same time.

A few months ago, there were rumors going around that Apple was considering an approach to its wristwatch that was more durable. Accidental knocks and falls might be mitigated significantly by including a concave display and wrapping a rubber bumper around the hardware.

Because the case detaches so easily from the strap, switching bands is as simple as it gets. We can easily see Apple going all out to develop a myriad of watch bands in a variety of colors, materials, and styles.

You could even use it as a pocket watch if you removed the strap and put it in your pocket. You may even use a strap that was specifically made for that purpose to fasten it to your clothing. It is well known that some of the fitness trackers manufactured by Withings are capable of performing such functions.

The majority of the functions that are available on the Apple Watch today would, of course, still be available. Take, for instance, the well-liked rotating crown that, in its current iteration, simply passes through a hole in the band. The heart rate sensor, along with other fitness technology, is still there. On the base, there would also be a zone for magnetic wireless charging, which would complete the package.

We aren’t exactly sure how Apple could manage to fit a speaker on the exterior of their product. It’s possible the band might have some strategically positioned holes in it.

Notably, Apple would have to switch to the new operating system in order to support the circular layout. However, the user interface would not change much from its present state.

What are the chances that Apple will release a circular watch?

Not really, not even in 2021 at the earliest. In spite of this, it is entertaining to speculate about what such a contraption may look like. In 2018, there was also the appearance of more idea pictures similar to this one.

There is a widespread prevalence of circular smartwatches. It does not need to go any farther than the Garmin line of sports watches, the majority of which have this appearance. Then there are the Samsung Galaxy watches, as well as those made by Amazfit, Polar, Withings, and a great many more companies. There are several of these brands that use both circular and square gadgets in their designs.

It is not difficult to imagine an Apple Watch with a circular shape that has the same essential features and operating system as the current model. Something that would provide customers with a greater variety of options.

Since we saw the initial model just over five years ago, Apple has made the decision to maintain a design that is considered to be iconic. The square design provides a larger display area, making it ideal for viewing applications, photographs, and maps.

However, Apple has already submitted patent applications for a round watch. One of these features is a single display that is continuous and flexible that wraps around both the face and the band. The width of the bezel that surrounds the display has been reduced to less than 4-5 mm, and it may even be less than 1 mm. That specific patent application was submitted quite a few years ago.

A significant amount of information about the Apple Watch Series 7 has already been made public. However, there has been no credible indication that a circular form is in the works in the future.

Having stated that, we are certain that there are individuals existing in the world who like an appearance of this kind. and are individuals who would be completely opposed to the concept. That much is obvious.