Should You Choose the Fitbit Charge 3 or Go With the Charge 2? 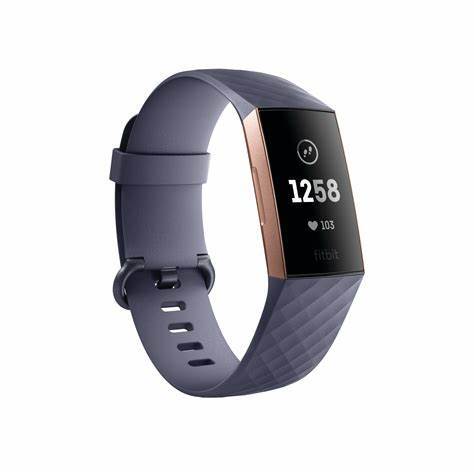 Which Has a Better Design, The Fitbit Charge 3 or The Charge 2?

Which is Better in Terms of Battery Life and Resistance to Water, the Fitbit Charge 3 or the Charge 2?

Which Device has Better Features and Functionalities, the Fitbit Charge 3 or the Charge 2?

Earlier this month, Fitbit announced the general availability of the Charge 3 device. The wearable is essentially a smartwatch that is concealed behind the guise of a fitness tracker. It is an improvement to the Charge 2, which has been the most popular fitness tracker in the world ever since it was first released nearly two years ago. But let’s be honest: despite the fact that the fitness tracker is still very popular, it was past due for an upgrade.

The San Francisco-based company is well-known for developing products that are aimed at regular people who want to stay in shape and monitor their progress in real-time, both on the bracelet itself as well as through an outstanding mobile app and a graphics-heavy desktop dashboard. The Charge series is an excellent example of how well this may be accomplished. It should come as no surprise that Fitbit devices have quickly become the most popular wearables.

However, given the changes between Charge 3 and Charge 2, would it not be prudent to upgrade? Continue reading to find out.

Which Has a Better Design, The Fitbit Charge 3 or The Charge 2?

When it comes to wearable activity trackers, Fitbit has not deviated too much from its recognizable design over the course of its history. The Fitbit Charge 3 is unmistakably a standard wearable device from Fitbit, which you can tell immediately. At first appearance, it does not appear to be all that dissimilar to its predecessor.

However, if you pay close attention, you will see that there have been some significant design adjustments. The larger OLED display is the feature that stands out the most. In fact, it’s forty per cent larger on Charge 3. In addition to this, the backlit screen is completely sensitive to touch, it can display colours on a grayscale scale, and its resolution has been improved.

You can easily check your numbers no matter where you are, whether you are indoors or outside because the display on the Charge 3 automatically adapts to variations in illumination conditions. Swipe in the upward direction to get to the dashboard, then swipe in any other direction to get to the additional functionalities. Also, this is the first wearable device from Fitbit to have a physical button that is activated by an electromagnetic field.

Lastly, the Charge 3 is constructed out of materials that are lighter than those used in its predecessor. This features both a case made of aerospace-grade metal and a display made of Corning Gorilla Glass 3. Additionally, it is thinner, making it appear less hefty when worn on the wrist.

Since its release in 2016, the Charge 2 has established itself as one of the most popular fitness trackers on the market. It has a single physical button on the right side that you can use to cycle between the stats, in addition to tapping on the black-and-white display, which is also present. You will rely on that physical button far more than you did on Charge 3.

The straps come equipped with a typical watch-style fastening mechanism and are replaceable, allowing you to personalize the wearable according to your preferences. There are three distinct options available in terms of size. The third charge, on the other hand, is a standard fee that applies to everyone. There is a large and a small strap included in the packaging, and you can choose which one to use based on the size of your wrist.

In the engine compartment, there is not much of a difference between the two. Each one includes a vibration motor, an altimeter, a 3-axis accelerometer, and an optical heart rate monitor as standard equipment. According to Fitbit, the pulse rate sensor on the Charge 3 has benefited from design upgrades and will deliver higher accuracy while you are working out.

The Charge 3 also has a relative SpO2 sensor as part of its package. This evaluates the levels of oxygen in the blood and has the potential to be utilized in the diagnosis of sleep apnea and other medical issues in the near future. We have not yet seen this sensor put to use in the real world, despite the fact that it is present on both the Ionic and the Versa.

Which is Better in Terms of Battery Life and Resistance to Water, the Fitbit Charge 3 or the Charge 2?

When it comes to battery life, there is always a trade-off between size, screen resolution, and other factors. When it concerns a product that monitors your activity around the clock, Fitbit is well aware that this is a significant selling feature for their product.

Both of these electronic devices are equipped with rechargeable lithium batteries that provide adequate runtime on a single charge. Charge 3 will continue to operate for approximately seven days, which is an increase of two days in comparison to its predecessor. A significant improvement despite the fact that there is not a tremendous difference.

The greater contrast may be seen in its resistance to water. Because it has a water-resistance grade of 5 ATMs, the Charge 3 can survive being submerged in water for depths of up to 50 meters. It will also keep track of your time spent swimming. You shouldn’t put the Charge 2 in water up to its neck because it can only handle sweat, light rain, and splashes.

Which Device has Better Features and Functionalities, the Fitbit Charge 3 or the Charge 2?

When it comes to monitoring your activities around the clock, both of these gadgets perform admirably. That is the thing that Fitbit is famous for. They will monitor the number of steps you take, the distance you go, the number of floors you climb, the active minutes you have, the calories you burn, as well as your sleep and pulse rate (including current, resting and heart rate zone information).

The trackers will encourage you throughout the day by sending you reminders to exercise and will nudge you if you’re having an especially sedentary day by sending you motivating messages. There is also automated exercise detection, which means that you will get points even if you fail to log an exercise. This feature ensures that the app is always keeping track of your progress.

You will, in the end, also receive some other, more advanced measures, such as your VO2 Max. This measure, which is expressed as millilitres of oxygen absorbed per kilogram of body weight per minute, informs you how efficiently your body uses oxygen when you are exerting yourself to the fullest extent, which is another way of saying how fit you are. And breathing exercises are a great way to keep stress at bay, so don’t forget to do those.

However, there are some small distinctions between the two. The most obvious advantage is that everything is simpler to read on the Charge 3, especially while you’re working out, thanks to the increased screen real estate on that device.

The other distinction lies in the design improvement made to the heart rate sensor, which was covered earlier. The accuracy of Charge 2 tends to degrade during high-intensity activities, despite the fact that it does a decent job of calculating resting heart rate. On Charge 3, this issue should not provide as big of a challenge. Fitbit says that the tracker also gives a more accurate reading of the number of calories burned and the heart rate when the person is at rest.

Runners will also benefit from Charge 3’s auto-stop feature, which is included in the product. This causes the exercise mode to automatically pause if you need to do something like stop for a red light or tie your shoelaces, for example. You can also take more direct actions from the screen of your device, such as establishing objectives, without having to go into the app first.

It is important to note that none of these gadgets come equipped with a GPS receiver built-in. If you need something, look somewhere else. It is likely that the business did this in order to keep the price down while maintaining a good level of battery life. The Charge 2 and Charge 3 now connect to your smartphone in order to obtain a satellite reading thanks to the Connected GPS feature.

Last but not least, let’s not overlook the functionality of female health tracking. The capability can be accessed on the Charge 3, just like it can be on some of the other devices that Fitbit offers.

Although there is not much of a difference between the two in terms of health tracking, the smart features are where the two products diverge the most. The Charge 3 is technically a fitness tracker, but it functions more like a smartwatch.

While both devices are capable of displaying standard notifications, only the Charge 3 allows Android users to respond to text messages and provides the choice to either accept or decline incoming phone calls. The slightly more expensive Special Edition version of this product also comes with an NFC chip that lets you pay without touching anything.

Apps are included with the Charge 3, just like they are with the Versa and the Ionic. This includes the Alarms, Timer, Weather, Calendar, and Fitbit Leaderboard apps, as well as well-known third-party applications that will be introduced in the upcoming months. Unfortunately, offline storage for audio is not accessible on Charge devices, nor is there a means to remotely manage the music playing on your smartphone from your wrist.

Both Charge 3 and Charge 2 are comparable in terms of their levels of physical fitness. The primary difference between the two is that the Charge 3 has a heart rate monitor that is marginally more accurate and also comes with a SpO2 sensor that Fitbit will hopefully put to actual use in the real world in the near future.

The most notable distinctions are seen in the areas of design and intelligent functionality. The screen on the Charge 3 can be touched in any way and is 40 per cent bigger than the screen on the Charge 2. It also comes with a wristband that is resistant to water and can keep track of the length and frequency of your swims. With its many apps, Quick Replies, NFC for transactions (in the Special Edition), and other features, the device is starting to blur the line between activity trackers and smartwatches.

Should you, then, go out and buy a brand-new fitness band in light of these advancements?

However, that is not always the case. If you already have a Charge 2 and are content with its small screen, the decision to upgrade may not be in your best interest if you do not require a device that is waterproof and does not have an NFC chip for making payments or both. After all, the Charge 2 is still a respectable electronic device. On the other hand, if this is your first time purchasing a smartphone, you likely need the new capabilities that come with the Charge 3, and you don’t mind paying a somewhat higher price.