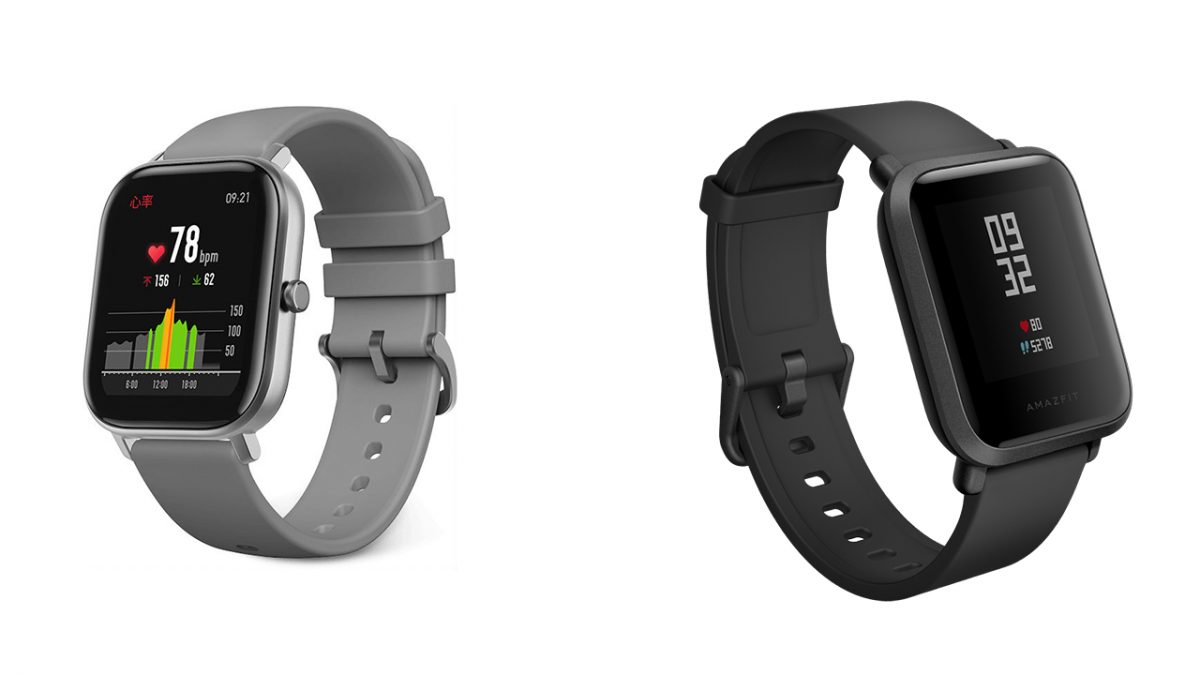 The Amazfit BIP is a fantastic piece of wearable technology. The amazing longevity of the device’s battery life was one of the selling points when it was first introduced almost two years ago. According to our analysis, the watch offers a lot of bang for the buck and is really comfortable to wear despite its low weight.

It’s no surprise that a lot of people were becoming antsy while they waited for its successor. It was generally speculated that it will arrive this year. and although Huami did not provide us with a new gadget in the same range, we did receive more watches from their company. This includes the Amazfit GTS, which received a review from us not too long ago. The Amazfit lineup for this year has been released, and now that the dust has cleared, it is evident that the GTS is in fact BIP 2 in everything but name.

How do the Amazfit GTS and the BIP compare to one another then? Should you upgrade? Continue reading to discover out.

There are certain similarities between the Amazfit GTS and the Amazfit BIP. Both products have a design that is highly evocative of the Apple Watch in that it is square-shaped and lightweight. Even though Huami’s members don’t want to acknowledge it, it’s not hard to see where they received their ideas from.

The impression that one gets when using GTS is that it is a far more upscale variant of BIP. The plasticky feel has been replaced with a body that has a sleek appearance and is made of aluminium alloy.

The new watch’s screen is of Super Retina-quality, and it is the accessory’s main selling point. To put it another way, it is a beautiful thing. The display on this smartwatch is likely of the highest quality we’ve come across on one of these devices. Everything can be read extremely well, whether it is indoors or outside.

The screen is 1.65 inches as opposed to 1.28 inches on the BIP, and it has a pixel resolution that is twice as high. Both have protection from Corning Gorilla glass generation 3 as well as 2.5D curved glass in their construction.

Both the GTS and the BIP utilise the touchscreen and a single physical button located on the right side of the device. This navigation method is shared by both devices. And there is also the choice of one size.

The actual size and width of the gadgets are pretty comparable, with the GTS coming out a little bit larger than the other option. The detailed specifications are listed in the table that follows.

One further advantage that GTS has over BIP is its ability to resist water. The older gadget is merely splash-proof, but the GTS has a certification of 5 ATM, so you can truly take it swimming with you. Its predecessor only had an IP68 classification (down to depths of 50 metres).

There aren’t really many key differences once you get past the exterior. Even though GTS is equipped with the same sensors as BIP, those sensors have been upgraded. The accelerometer has been upgraded to 6-axes from the previous 3-axes, and the newest version of the gadget includes Huami’s Biotracker PPG so that the user may monitor their heart rate. Additionally, GTS supports payments made using UnionPay via NFC.

As was just noted, the astonishingly long battery lifespan is the feature that we have grown to connect most closely with the Amazfit BIP. The good news is that Huami has ensured that GTS is just as good in this regard as it was before. It is possible to use it normally for more than a month (depending on the settings), and it can function normally for up to 25 hours with the GPS turned on. With any of these two watches, you won’t need to worry about keeping it charged.

These are smartwatches that also measure activity and are known as activity trackers. With the exception of an altimeter that counts the number of floors ascended, all of the essentials are included (steps, calories, pulse rate, etc.). For sleep, you’ll get details on deep sleep, light sleep and waking time. In addition to this, you will receive an overall score that provides a quick snapshot of your sleep quality.

On the other hand, there are a few features that should be mentioned that come with GTS. Walking, cycling and indoor and outdoor running are the only sports modes available on the BIP, but the GTS comes with a total of 12 different sports modes. This includes swimming with SWOLF, which can identify your stroke and speed, and more.

The new gadget also features an improved accelerometer, in addition to an improved heart rate sensor. The latter feature makes it possible for the watch to notify you if it detects anything abnormal about the way your heart is functioning.

The functioning of smart devices is very much the same. You will receive notifications, as well as control over your music and the weather. The watches are powered by a custom operating system developed by Huami, which is intuitive to operate and performs well.

On the other hand, the Amazfit GTS takes things one step further with its widgets or its complexity. They may be used to personalise the watch face in the same way as it can be done on an Apple Watch. The options are fairly varied and include things like battery life, steps, temperature, humidity, ultraviolet radiation, and many more.

The Amazfit BIP is a well-known brand of watch. It is reminiscent of the Pebble gadgets, which were popular because of the long battery life and straightforward design of their products.

The design of the Amazfit GTS is the primary area in which it excels over its predecessor, the BIP. The stunning Super-Retina AMOLED display is the star of the show. Its resolution is higher than that of the Apple Watch, which is saying something considering how good the display is. The GTS appears to be a much more paid upgrade of the BIP due to the fact that the casing is made of metal.

When you get down to the nitty-gritty, there is not a whole lot that separates the two. The GTS has a better accelerometer and heart rate monitor, and it is now water-proof, so you can use it to track your swimming. Additionally, there have been other improvements made to the watch.

Aside from that, both timepieces will perform an adequate job of measuring fitness and will be equipped with GPS and GLONASS to ensure that the data is correct. Both have an outstanding life expectancy for their batteries.

If you are interested in purchasing a new watch, the GTS is unquestionably the superior of the two options to consider. If you currently possess an Amazfit BIP, you will need to choose whether or not the luxury appearance and water-proofing features are worth the upgrade price in order to purchase a new one. The disparity in pricing will also play a part in the decision, since the going rate for GTS is around $140, while the going rate for BIP is $80.