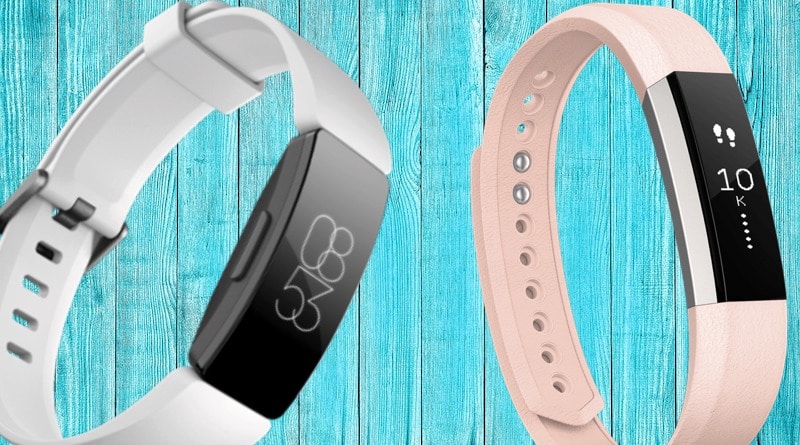 Fitbit Inspire HR vs. Alta HR: Which Is Better?

The verdict between the Fitbit Inspire HR and the Alta HR

The newest activity band from Fitbit is called Inspire HR. It was released with its sibling with lower specifications, the Inspire, as well as the more affordable Versa Lite and the Ace 2 fitness tracker for children. The Alta HR and prior versions like the Flex 2, Zip, and One are rendered obsolete as a result of the new range. This brings together all of Fitbit’s various tracking gadgets.

What should you do, though, if you already own the Alta HR? After all, the wearable has been a successful seller ever since it was first introduced at the beginning of 2017. This is the wrist-worn tracker that Fitbit refers to as the “world’s slimmest,” and it includes a sensor that monitors your heart rate continuously.

Here is an outline of the ways in which Alta HR differs from its subsequent versions, which we hope will assist you in determining whether or not it is time to upgrade.

Fitbit Inspire HR vs. Alta HR: Which Is Better?

Fitbit’s signature design aesthetic may be found on the Inspire HR. You are still able to identify it as a wearable product manufactured by the corporation. However, this wearable has rounded corners, giving it a little more contemporary appearance than its predecessors.

The tracker has a plastic casing and a display made of Corning Gorilla Glass 3, all of which contribute to its extremely lightweight construction. In terms of its measurements, the Inspire has a width of 16.2 millimeters, a depth of 12.6 millimeters, and a weight of just 20 grams.

Alta HR is not all that dissimilar from other companies. On the other hand, it is more compact and has an aluminum housing instead of a plastic one, which gives it a more upscale appearance. It has a width of only 15 millimeters and weighs only 15 grams, making it not only more portable but also more convenient.

Both of these trackers come with an OLED screen that is touch-responsive and can be activated by flicking your wrist or tapping on the wearable. The screen is inactive by default but becomes active when you do any of those things. The display on the Inspire HR is slightly easier to read than the display on the other models since it is slightly larger. In addition to that, the display is grayscale, whereas the one on the Alta HR is monochrome. It’s not a tremendous difference, but it’s important to point out.

On the left side of the Inspire HR is a single physical button that may be used to navigate back to the main menu or gain immediate access to the settings. To browse the Alta HR, you will need to tap on the sides of the display at various points.

Both trackers have rubberized bands that come equipped with clasp mechanisms resembling those found on ordinary watches. Wristbands are simple to customize, allowing you to wear appropriately themed jewelry for any event.

There is also a clip-on adapter available for use with the Inspire HR, which allows the tracker to be removed from the strap and fastened directly onto clothing. This is to accommodate those customers who, in the past, would have chosen to use Zip.

Both of these fitness bands have a design that is pretty comparable to one another in terms of appearance. Both are spare in appearance and prioritize utility above ornamentation. Some people may notice a change as a result of the Inspire HR’s screen having a slightly larger display. On the other hand, it’s possible that women will be more interested in Alta HR. Because of its excellent aluminum housing and its small size, it is suitable for use as a chic accessory that may be worn in addition to a watch.

The two are virtually indistinguishable when one opens the hood. They utilize the same vibration motor, 3-axis accelerometer, and optical heart rate monitor between them. Neither one of them has an altimeter that can count floors or an integrated GPS system.

When looking for a device that can monitor your activities around the clock, battery life should be a top priority. When it comes to this particular metric, Ata HR performs marginally better. While the Inspire HR will cease working after 5 days if it isn’t charged, this one has enough power to last for up to a week without needing to be recharged.

The resistance to water is the primary distinction between the two. The water-resistance rating of the Inspire HR is an impressive 5 ATM, whilst the Alta HR just has a rating of being splash-proof. The latter will also automatically track your swimming sessions, but it will only provide you with the most fundamental details.

When it comes to monitoring your activity throughout the day, Fitbit products are difficult to beat. After all, this is the thing that made the organization famous in the first place. Both the Inspire HR and the Alta HR include continuous heart rate monitoring, as well as step and distance tracking, active minute tracking, calorie burn tracking, and enhanced sleep tracking that distinguishes between light, REM, and deep sleep.

You would think that their characteristics are identical given that they both have the same sensors hidden away in their engine bays. However, this is not the case. There are a few key distinctions that must be taken into account.

Connected GPS is the first and perhaps most crucial feature that comes standard on the Inspire HR. Because of this, it is able to access your smartphone in order to receive a GPS reading. It provides a map of your path and makes your data more accurate, making it a highly helpful feature for anyone who often engages in activities like running or cycling. Additionally, this makes it possible to measure more advanced performance indicators such as VO2 Max and cardio fitness level.

However, that is not the end of the list. Breathing sessions to help you stay stress-free, as well as tracking your reproductive health, should not be forgotten. Both of these are only available on Inspire HR, while Alta HR does not have them.

Last but not least, because the Alta HR does not have any physical buttons, manual exercise tracking is another function that you will not have access to. Your only choices are to either rely on the activity being automatically recognized or to manually add it after the fact. On the Inspire HR platform, you have the ability to manually begin and end an activity.

The verdict between the Fitbit Inspire HR and the Alta HR

Both the Fitbit Inspire HR and the Fitbit Alta HR are extremely comparable to one another in many ways. Both have a basic design, are lightweight, and include the majority of the features that the average individual requires in order to measure their fitness. They also come standard with very identical specifications beneath the hood.

It should come as no surprise that the replacement, Inspire HR, includes a few additional features. This features a display that is somewhat larger and grayscale, a physical button on the left side of the device, connected GPS, VO2Max/cardio fitness level tracking, female health tracking, and breathing exercises. The fact that the Alta HR has a little longer battery life is something that works in its favor (7 versus 5 days).

It’s a no-brainer that you should go with the Inspire HR fitness band if you’re in the market for a new wristband to track your workouts. Especially taking into consideration the fact that it is just a little bit cheaper.

If you currently possess an Alta HR, making a decision may not be as straightforward for you. Connected GPS and the ability to manually start and stop activities represent, in our opinion, the most significant distinction. It’s possible that these additional capabilities will convince you to purchase a higher-end fitness band if you’re an avid runner or biker.