Sorosis Mini3 advises people to shrug off their sleep problems 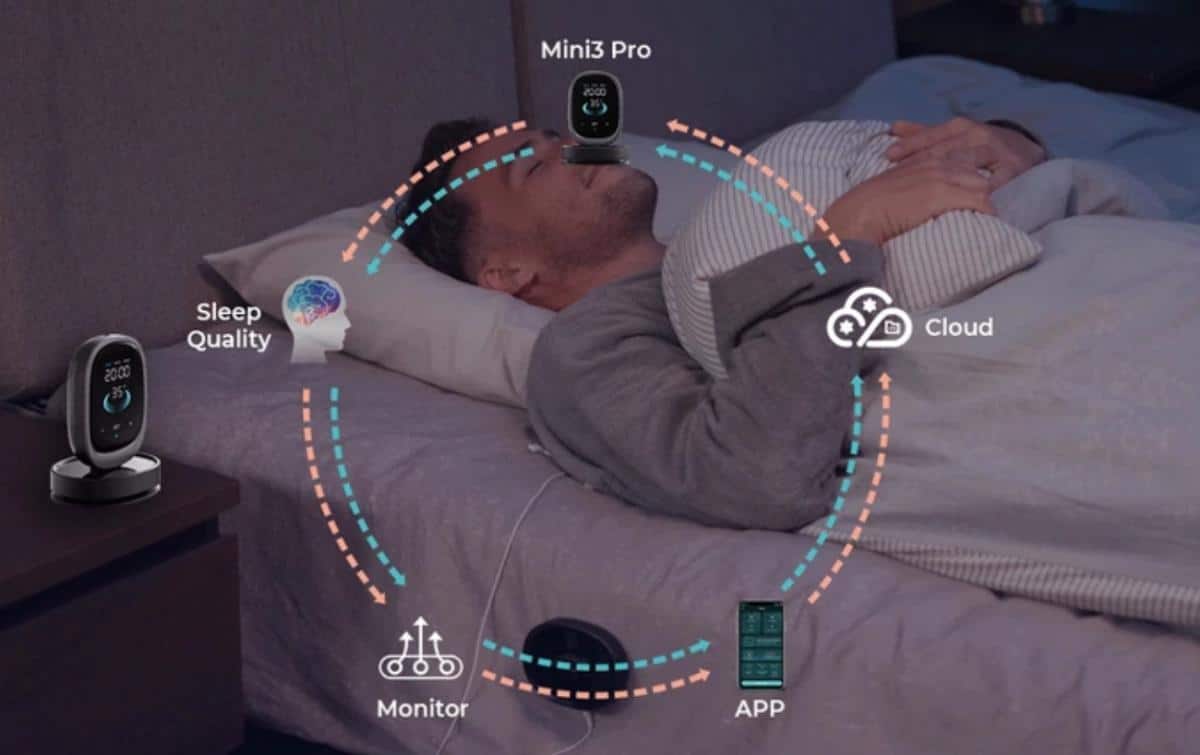 The Sorosis Mini3 is a gadget that was crowdfunded with the intention of assisting individuals in falling asleep. It is a remedy that does not involve the use of any drugs and works by putting your mind at ease.

We have discussed every conceivable type of sleep aid. From those that are worn on the wrist in the form of activity trackers and smartwatches to those that are tucked away in the crevices of your mattress, there are many different types of wearable devices. The majority of devices collect data on sleep and then give out numbers and, in some situations, spew out particular insights.

The Sorosis Mini3 operates in a slightly unique manner. It helps you fall asleep more quickly, keeps you sleeping for longer, and improves the quality of your sleep. Something to help those who struggle with insomnia and other types of sleep difficulties The first issue is a disease that may affect as many as one-third of individuals, while the other is something that almost everyone has encountered at some point in their lives.

The technology that makes this device operate is referred to as CES, which stands for cranial electrotherapy stimulation. At least not at this time, the Sorosis Mini3 is not authorised by the FDA. However, CES is. It is something that is utilised on occasion in the context of mental therapy for the treatment of conditions such as attention deficit disorder (ADHD), obsessive-compulsive disorder, post-traumatic stress disorder (PTSD), cognitive problems, traumatic brain injury, pain, and a variety of other conditions. The skull and the brain are stimulated by a current that is not normally detectable by the individual in order for the technology to function properly. A current of fewer than four milliamps is what this is.

The Sorosis Mini3 is a gadget that allows users to experience CES without having to leave the convenience of their own homes. The promise is of a more restful night’s sleep, at a price that is more reasonable, and without the need for any drugs.

The cranium and the brain are stimulated via the earlobes by the previously indicated low-intensity current in order for the gadget to be effective. This induces a calm condition in the brain, which, in turn, makes it easier for you to obtain a sufficient amount of shut-eye. The goal here is to cause a shift from beta to alpha waves in the brain.

To start using the device, just turn it on. After that, tap the setup button to specify the amount of time; the default is twenty minutes. To begin the session, you need to press the button one more that says “power on.” Last but not least, there is a button labelled “+” and “-” that makes it possible to control the strength of the current.

There is data available to demonstrate that the technology is effective. Bear in mind that the organisation that is responsible for Soros Mini3 is the one that carried out the research, thus they are not independent studies. CES is something that, despite this, has been demonstrated to be useful via actual use.

The Kickstarter project gives you the option of selecting one of two different devices. Those who are only interested in taking advantage of CES will find that Sorosis Mini3 is an ideal solution. There is also a model of the Mini 3 called the Mini 3 Pro, which includes a sleep monitoring monitor and a smartphone app that provides data and insights into one’s sleep.

The gadget has garnered a respectable amount of interest from members of the Kickstarter community. It has already collected almost 40,000 dollars, which is several times more than its project goal of $5,000. There is still more than a month left to go. The Sorosis Mini3, which costs $119, may spark your curiosity if you have trouble sleeping or suffer from another sleep problem. The same caveats about crowdsourced initiatives apply here.