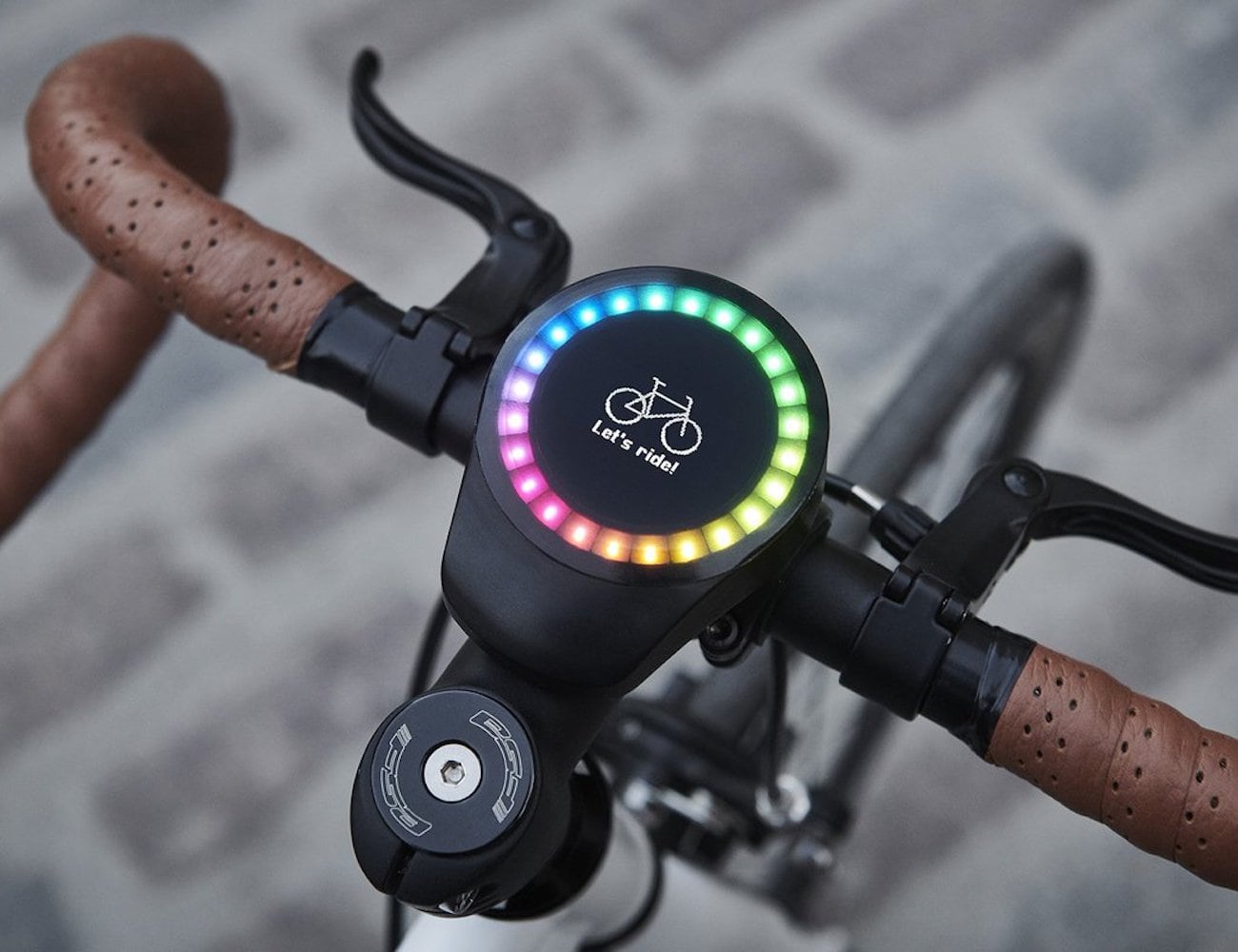 SmartHalo, based in Montreal, has announced the release of the latest version of its famous GPS bike navigator and tracker.

The company was funded by over CA $500,000 on Kickstarter in 2015 to develop the first device. Over 10,000 backers have gotten the product since then, and SmartHalo is now available for purchase by anyone (view on Amazon).

The gadget is intended for urban bikers, and it functions as a Swiss Knife of bicycle gear. The SmartHalo 2 sits on the handlebars of your bike just like the original, but it’s lighter, sleeker, and filled with new features.

A navigation system, a bright light, an anti-theft alarm, fitness tracking, and a personal assistant are the five major features that haven’t changed. All of this, according to the business, has been improved.

An intelligent halo of light that taps into a GPS signal to lead riders to their destination via an LED light is at the heart of the technology. The signal beams in circular white and green when it’s time to make a turn. A red-flashing prompt will appear if you are travelling the wrong way.

The second version has a total of 30 improvements over the first. The 1.5” OLED screen is now more discrete, and there’s custom-built navigation for cyclists, as well as metrics customization to suit any cycling style, GPX and waypoint integration, and a universal mount compatible with quarter-lock mounts.

“Every biker is unique,” said Xavier Peich, the company’s CEO and co-founder.

Everyone has a unique story to tell. We created SmartHalo 2 so that they could personalise it.

Once again, the firm has resorted to Kickstarter to bring their product to life. The campaign went live yesterday, and in less than an hour, the team had surpassed their funding goal!