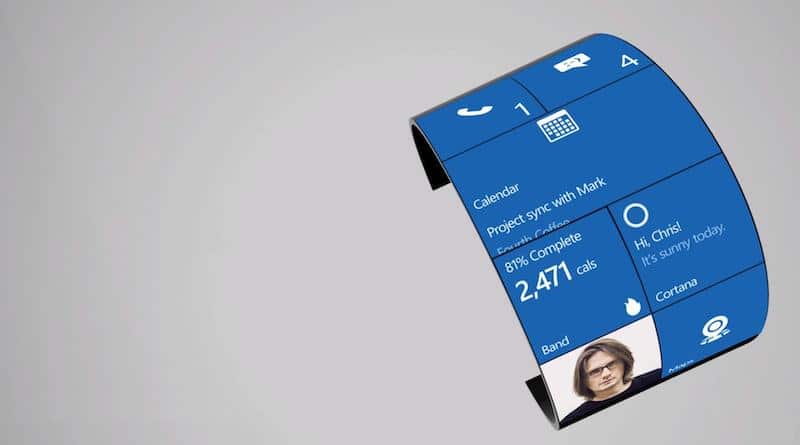 Although the Microsoft Band 2 was the fitness tracker with the most sensors available, the firm finally discontinued the lineup and abandoned the entire idea.

However, this does not mean that Microsoft supporters all over the world do not wish for the corporation to return to the wearable market. Designer Christopher Fernandes is one of them; he published his design for the Microsoft Surface Band. Such a wearable would undoubtedly succeed where the iPhone and Apple Watch failed.

The futuristic-looking gadget, which has been dubbed the “ultimate smartwatch,” is a hybrid of a Microsoft Surface Band and a Surface Phone. It resembles something from a Star Wars film and has the ability to change. When linked to a desktop monitor, the flexible electronics allow it to change from a fitness band to a smartphone to a computer.

The technology to create such a gadget actually exists, despite the fact that it appears to be light years ahead of anything that is currently on the market. The next generation of OLED screens will be flexible and bendable, and they are already employed in TVs and mobile devices. With enough effort, anything approximating the Surface Band is not out of the question because batteries, transparent electronics, and sensors are improving every year.

The Apple Watch and the iPhone would both disappear if Microsoft’s Surface Band became popular.

The possibility of a third iteration of the Microsoft Band is uncertain. Although the wearable was in development, the software behemoth secretly gave it up.

We are unlikely to see a real-world implementation of this idea either, at least not very soon. But in a few years, possibly two, three, or four, something similar to this will be the standard. It will happen regardless of whether it comes from Microsoft or another company. It will happen in due course.