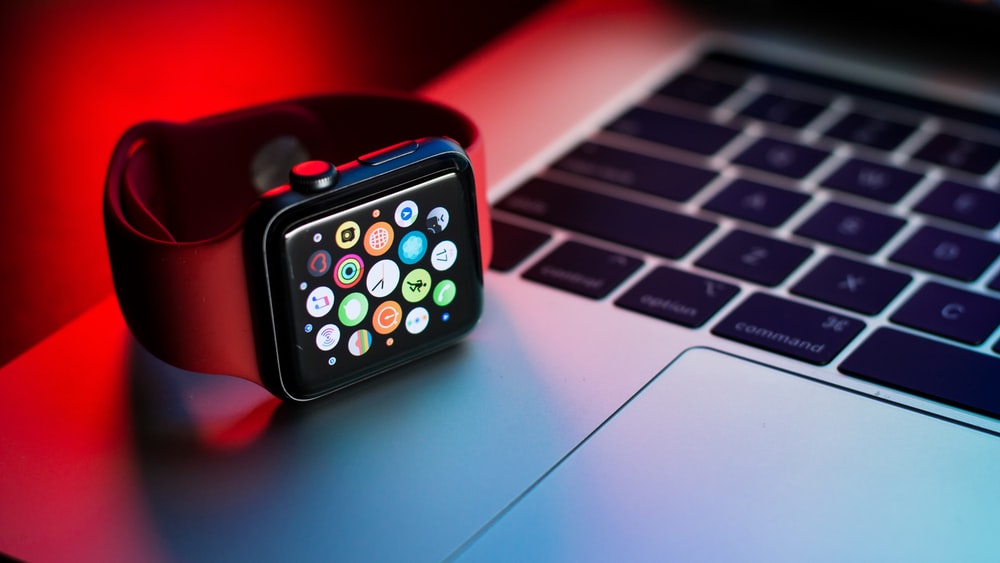 The Pioneering Apple Watch of 2015:

Here's a quick rundown of the most recent Apple Watch release (and how it compares to its predecessor).

What will be next?

Since its debut in 2015, the Apple Watch has been evolving at a rapid pace. Since then, more than 33 million Apple Watches have been sold, making it the world’s most popular watch. In terms of technology, five years is a long time, and Apple has produced a new watch every year since 2015. The design has been improved, and the features have become increasingly sophisticated. The Apple Watch is primarily focused on health and fitness, but it does more than that. So, let’s have a look at its past.

The Pioneering Apple Watch of 2015:

Three variants are included in the first release. The “everyman edition,” which was made of stainless steel, was one of them. The Sport version, on the other hand, had metal wristbands to appeal to a more sporting demographic. The Apple Watch Edition, which was made of no less than 18 carat gold, was the final model. The latter was positioned as a high-end fashion item. The cost was a whopping $17,000. However, it did not do well in the marketplace. In fact, it was a flop, and no one ever discussed it again. All three were available in both 38mm and 42mm diameters. They also all have Bluetooth and wifi capabilities and could connect to the iPhone. A digital crown, digital touch, force touch, multi-touch, and a side button were all included.

Second, we saw the start of what would become a series of Apple Watch updates. Unsurprisingly, the overpriced edition had been dropped like a hot potato.The sport was next on the chopping block. Apple didn’t completely abandon the Sport, however, and used its aluminum chassis to construct the Series 1. The price was dropped marginally, giving it a more affordable entry-level model. Some original features, including the side button, digital touch, force touch, multi-touch, and digital crown, were kept. Apple released the Series 2 at the same time as the Series 1.The biggest difference between this model and the previous one was the addition of GPS and the ability to pair the watch with an iPhone without the need for the internet. Plus, losing the watch was no longer an issue!

Series 3 was released the following year. The greatest difference in this version was the addition of a cellular capability, which allowed it to connect to the mobile internet without the need for pairing with an iPhone. It surely provided a new sense of interconnectedness.

The Series 4 offered a number of significant upgrades, including a larger display that measured either 40 mm or 44 mm, rather than the previous 38 mm or 42 mm. Another significant improvement was the addition of an electronic heart sensor (ECG), which allows users to monitor their heart rate at any time. Sure, it wasn’t a revolutionary invention, but it could detect an abnormally low or high heart rate, as well as other strange symptoms — possibly life-saving.

The Series 5 is, without a doubt, the best smartwatch on the market. It combined everything that was fantastic about the Series 3 and 4 into one superb timepiece. It has a stunning appearance and fantastic fitness qualities to match. It has sleek alerts and a better-than-ever app offering. Over time, more branded non-native apps will arrive, and the integration will be seamless. Apple Pay is also more widely accepted now than it has ever been.

The titanium edition is the most robust version ever. It has incredible fitness and health tracking capabilities.

The built-in 32GB storage and Always-on screen are a revelation for screen readability in all lighting conditions.

The sixth season of the show premiered in September of last year. It retained Apple’s position as the world’s most popular smartwatch maker. The release of a new iPhone 12 model alongside the watch added to the excitement. The ability to track sleep has dramatically increased. It will provide you with information about the quality of your sleep through a native app. Despite this, the majority of Apple customers charge their phones at night. It will be possible to achieve better gym stats. You’ll be able to detect whether you’re falling behind on your goals, and you’ll be able to track your heart rate more accurately throughout exercise. Apple has put a lot of effort into a new programme called “Apple Connected,” which will see a community of Apple Watch-connected devices collaborate to develop a reward scheme for Apple Watch users.

Unlike earlier models, the Series 7 is devoid of significant advancements. The Apple Watch Series 7 features a larger screen than the Series 6, but the difference isn’t considerable. If you have an older Apple Watch and want to upgrade, don’t rule out the Series 6.

Here’s a quick rundown of the most recent Apple Watch release (and how it compares to its predecessor).

There is no difference between the 6 and 7 watches when it comes to health and fitness tracking. What you’ll get is as follows:

Fall detection with an accelerometer

You can utilize Emergency SOS on your Apple Watch to swiftly and easily request assistance and notify your emergency contacts. Furthermore, you’ll need a cellular connection to make emergency calls and send messages to emergency contacts if you want to use fall detection. If your iPhone or Apple Watch is within Bluetooth range, you can do this (but only if the LTE version is used). It also has to be connected to a well-known Wi-Fi network.

You’ll need your iPhone nearby if you want to use Emergency SOS on an Apple Watch that doesn’t have LTE/cellular. If you don’t have access to your iPhone, you’ll need to connect your Apple Watch to a WiFi network and enable WiFi calls.

The Series 7 has a square shape that is somewhat rounded at the corners compared to the Series 6, although it is still square. You’re unlikely to notice the difference unless you’re wearing them both at the same time.

The Series 7 has a thicker front crystal display than the Series 6, which makes it more scratch and break resistant. The Series 7 is dustproof to IP6X, but the Series 6 is not. Both timepieces have a 50-meter water-resistance rating.

Although both watches run watchOS 8, the Series 7’s screen is substantially different. Apple has tweaked watchOS to take advantage of the larger screen, including the addition of a full keyboard for messaging and typing, which the Series 6 lacks. Furthermore, all of Apple’s apps have larger buttons, making them easier to use. On the 7, there are two separate watch faces: Contour and Modular Duo.

Both watches are made out of aluminum, stainless steel, and titanium. The color choices for the aluminum variations differ between the two. All of the Series 6 bands are compatible with the Series 7 watch in terms of bands. Similar to the Series 6, Apple is now offering Hermès and Nike-branded Series 7s. The latter is available in three colors and features a “refreshed” Nike Sport Loop band as well as the Nike Bounce face.

New colors for the Classic, Attelage, and Jumping Single Tour models, as well as the Gourmette Double Tour and Circuit H, are among the new Hermès Series 7 models.

Apple eventually disclosed on launch day that the Series 7 uses the same S6 CPU as the Series 6 (because, with some small variations, it’s referred to as the S7). That’s not a bad thing; in our review of the Series 6, we said that when compared to competitors like the Fitbit Sense (or Versa 3) or Samsung Galaxy Watch 4, “the Apple Watch will appear as a surprise.”

Since then, we haven’t changed our minds, so we expect Series 7 to be just as speedy and strong. It’s notable, however, because this is the first time Apple hasn’t updated the processor in a new model. Until a cellular connection is established, both watches use the same LTE chip.

The battery life on the Series 7 Apple Watch is the same as it was on prior models (18 hours). That should last you a day, but you’ll need to charge the watch at some point if you want to track your sleep. In this aspect, the 7 has a substantial advantage. Apple’s new watch supports fast charging via a new USB-C charging port, which Apple claims will charge the Series 7 watch 33% faster. Check out the latest Apple Watch 7 deals on Amazon, eBay, or our preferred merchant’s deal page.

In 2022, Apple will replace the existing Apple Watch Series 7 with the Apple Watch Series 8. Following Apple’s repudiation of the most notable leakers’ claims last fall, when the company presented a revamped Watch with even rounded edges instead of a straight-edged wristband, no one knows what to expect from the Series 8.

What will be next?

Monitoring via blood glucose and pressure sensors is being discussed for people who need to control their diabetes. It’s expected that the design will improve, which is something that has been long overdue. Since the third series, there hasn’t been much change. It will be available in four different models, all of which are nearly all aluminum but are either cellular, sport, or non-cellular. If you’re not sure which Apple Watch is right for you, we’ve put up a quick comparison of all the Apple Watch models, from the original to the Series 6 and SE.