The clash of the all-arounders: Apple Watch Series 4 vs. Samsung Galaxy Watch 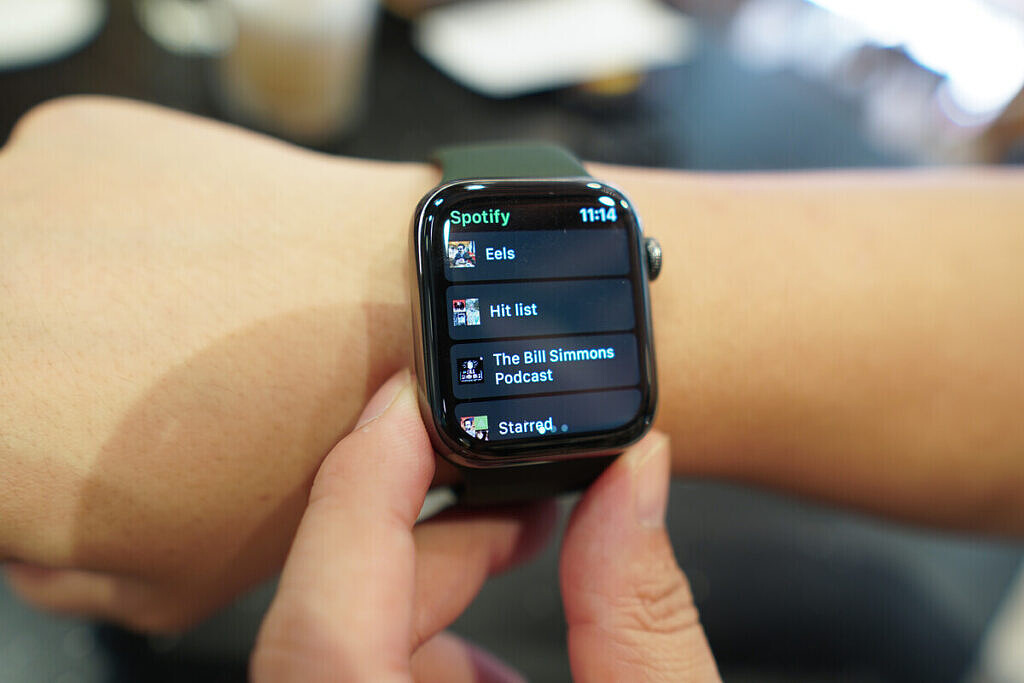 Apps and features for smartwatches

These days, everyone is wearing a smartwatch, and this trend is not expected to end anytime soon. According to IDC’s most recent projection for the wearables market, smartwatches will continue to overtake fitness trackers in the years to come. A return to double-digit growth is anticipated from 2019 to 2022, even though this year’s 8.2 percent growth will be slightly less than in 2017.

The Apple Watch is getting closer to becoming your essential health guardian with each new edition. A larger display, a slew of additional health and fitness features, performance improvements, and more are included in Series 4.

On the other hand, Samsung just introduced its fashionable Galaxy Watch, an upgrade to its outmoded Gear line. LTE connectivity, extensive fitness capabilities, GPS, and water resistance are all included.

The two may currently be your best options if you’re looking for a smartwatch. Here is a list of each of their attributes.

The Samsung Galaxy Watch doesn’t appear all that different from the Gear S3, its predecessor. The watch is more upscale thanks to its circular stainless steel body, ornamental bezel, and minor design tweaks. There are several variants available, including Silver, Midnight Black, and Rose Gold.

The watch is available in two sizes, a 42mm and a 46mm version, as opposed to the Gear S3, which was only available in the 46mm form. Both models include a 360360 pixel, touchscreen, OLED display, but the 46mm model has a larger screen size—1.3 inches as opposed to 1.2 inches.

There is a rotating bezel that turns really smoothly, regardless of the size you select. For the majority, this will be a simpler method of browsing the on-screen menus than using the rotating digital crown on the Apple Watch.

There are several options, and the bands can be switched out. Onyx Black, Lunar Gray, Terracotta Red, Lime Yellow, Cosmo Purple, Pink Beige, Cloud Gray, and Natural Brown are some of the colors mentioned.

The Samsung Galaxy Watch does not resemble the Apple Watch at all. Of course, its rectangular shape is the most noticeable distinction.

The gadget has an edge-to-edge screen with cutting-edge LTPO display technology, which increases power efficiency. The device’s physical dimensions remain unchanged, but the screen area is 30% bigger on the 40mm and 44mm versions.

The Series 4 weighs about 30 grams, which is almost half as much as the Samsung Galaxy Watch and is also slightly thinner than its predecessor. Because of this, those with smaller wrists can use it more comfortably.

All models of the gadget have a black ceramic and sapphire crystal back. Cellular connectivity is facilitated by this kind of material.

You have the option of a silver, gray, or gold case. Additionally, the Hermes line is available in polished stainless steel, as is the Nike+ version in silver and space gray aluminum.

The screen is one of the main distinctions between Apple’s and Samsung’s devices, aside from form. There is no method to turn on the Apple Watch display; it is off by default. On the other hand, the Samsung Galaxy watch supports an always-on display.

However, most people would concur that Apple’s smartphone makes it simpler to read and use apps. The smaller Apple Watch features an OLED Retina display area of 759 square millimeters (324 x 394 pixels), whereas the larger model has a 977 square millimeter screen (368 x 448 pixels).

All things considered, we would give the Apple Watch Series 4 a little edge in terms of aesthetics and design. However, Samsung’s wearable is attractive and an acceptable upgrade over its forerunner. It will undoubtedly be more suitable for individuals looking for something that resembles a watch.

There are a few significant differences to be aware of under the hood. The optical heart rate monitor, 3-axis accelerometer, gyroscope, altimeter, vibration motor, ambient light sensor, and built-in GPS are features that are shared by all smartwatches. For cellular connectivity, both also provide an LTE option.

However, the Apple Watch Series 4 also includes an ECG sensor. It can tell you whether your heart rhythm is normal or if there are problems. The Cupertino company has improved its gyroscope and accelerometer so that they can now sample motion data 8 times faster. This makes it possible for cool features like fall detection.

The S4 system on a chip in the Apple Watch 4 powers every component. It has a W3 Apple wireless chip and a 64-bit dual-core processor. The Exynos 9110 dual-core 1.15GHz CPU powers the Galaxy Watch, in contrast.

According to Apple’s technical data, the smartwatch’s battery should last one to two days between charges. That may have been expected given the increase in specifications, but many people—indeed, most people—continue to find it problematic.

In this regard, Samsung appears to be in complete control. According to the manufacturer, the battery life of the Galaxy Watch is around 3 days for the 42mm model and 7 days for the 46mm model. The battery life is actually a little bit shorter. Nevertheless, it’s still respectable, especially in light of the fact that these numbers reflect the always-on screen setting.

Both of these wearables will function properly in terms of water resistance. You can submerge the Galaxy Watch and Series 4 to a depth of 50 meters thanks to their exceptional 5 ATM water resistance rating. With the right statistics, they can also keep track of your swimming sessions.

The watches are multipurpose, but they also perform admirably when it comes to tracking fitness. You will have all the tools you require to monitor your fitness at all times. This includes distance traveled, calories burned, floors scaled, number of active minutes, and more. Additionally, the watches provide a movement reminder and some more complex performance indicators, such as VO2 Max.

The Activity and Workout app is included with the Apple Watch when it comes to apps. The former tracks your daily activities, while the latter tracks your exercise (running, cycling, and more). Additionally, everything is connected to the Health app, so you can keep track of your activities and health in one place.

A fantastic fitness programme with simple navigation is also included with the Galaxy Watch. It instantly recognises common workouts, just like the Apple Watch. This also includes swimming because of its resilience to water. By setting things up yourself and selecting from a total of about 40, you can increase the list of the six basic workout styles that it currently recognises.

Sleep tracking is Samsung’s most obvious edge over Apple. Simply put, the Apple Watch Series 4 lacks it while the Galaxy Watch does. Of course, you have the option to use a third-party programme. Even with third-party apps, tracking your sleep will be difficult because you’ll be charging your Apple Watch so frequently.

The Galaxy Watch’s heart rate monitor can also be used to track stress levels, which is another fitness perk. If it notices an increase in your heart rate that cannot be linked to exercise, it will send you a warning to take a break. You may then use Samsung’s breathing exercises to lower your heart rate, just like the Breathe app on the Apple Watch does.

The Galaxy Watch also offers rep counting as a last option. Gym rats might find this intriguing. We don’t particularly like this smartwatch feature because it makes working out more difficult.

Although the Apple Watch lacks the capabilities stated above, it does have several unique features.

Its widely known ECG sensor is the first. Place your finger against the digital crown to take a reading. With the sensor on the back, this makes a closed circuit. The new ECG app will provide you with a detailed report that will indicate whether your heart rhythm is normal or if there are any problems. The feature will be made available in the US later this year, and after that, subject to regulatory permission, in other nations. We’ll have to wait and see if the ECG feature actually serves a purpose or just causes a lot of unwarranted anxiety.

The trip and fall features are yet another health novelty. Based on your wrist trajectory and impact acceleration, Series 4 can identify a variety of ways to have such an accident. In turn, a few options for dialing an emergency number and informing your loved ones of your whereabouts are activated.

FDA-approved alerts for irregular heartbeat are also available on the Apple watch. Although you won’t receive an alert if you’re under stress, the gadget does check for unusually high or low heart rates and will send out signals in that case.

Apps and features for smartwatches

Both of these gadgets excel on this count and are complete smartwatches. They have audio storage, NFC for payments (including Apple Pay and Samsung Pay), and a cellular LTE option.

The operating system, however, is a key distinction between the two gadgets. Samsung uses its own Tizen operating system, whereas the Apple Watch runs on watchOS5. This implies that the Galaxy Watch is compatible with just about any device, in contrast to the Apple Watch, which is exclusively compatible with iPhones. However, because of the tightest integration, Android phones will offer the best user experience. And two will get along just fine if you have a Samsung phone.

However, compared to Tizen, watchOS5 offers a far larger selection of apps. This is because a wider network of developers supports Apple’s software. However, this number also includes watch faces, despite Samsung’s claim that its wristwatch offers more than 10,000 apps. As a result, Samsung’s platform lacks a number of well-known apps. On the other hand, there are actually more than 10,000 apps available in the watchOS Apple Store.

The choice is between the Apple Watch Series 4 and the Samsung Galaxy Watch.

For those searching for a full-featured wristwatch, the Apple Watch Series 4 and Samsung Galaxy Watch are likely the best choices. But picking a winner is a difficult task.

Samsung’s superior battery life, sleep, rep, and stress tracking are advantages. Even if it may be a little too large for some, the Galaxy Watch is the superior choice if you want your smartwatch to look more like a watch. It’s also important to keep in mind that Samsung’s product is a little less expensive.

On the other hand, the Apple Watch boasts a tonne of health-related capabilities, a more refined user interface, and a bigger selection of apps. There are more design alternatives, and it will probably fit people who have slimmer wrists better.

In the end, we believe that people’s choice of device will mostly rely on whether they use iOS or Android. Android users are likely to appreciate Samsung’s Galaxy Watch. The Apple Watch continues to be the clear pick for everyone else.