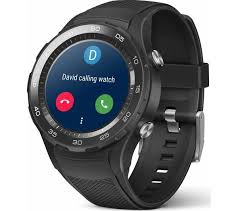 Back in May, we had a hunch that the LM-W1315 model that had been filed with the FCC was the rumored LG Watch Timepiece. This smartwatch, unlike the others produced by the company, is rumored to be a hybrid that combines mechanical hands with a full-round color touchscreen.

In order to display the time, the actual needles on the display will make use of a quartz movement that is extremely precise. Additionally, you will be able to utilize them to obtain information on altitude, barometric pressure, and compass bearings, and they will function as a timer. The fact that a watch-hand combo uses less power than two separate hands means that its battery will last longer. The analog part of the watch will still work after the battery runs out.

The documents that the FCC released this week include very little information, so it is anyone’s guess if this is a second smartwatch or a different model of the LG Watch Timepiece. Both the W315 and the W319 are Wear OS smartwatches that include Bluetooth and WiFi connectivity but do not have cellular connectivity.

Additionally, entries for both of these devices may be found on LG’s OpenSource Code Distribution center. They are called mobile devices, and the operating systems they use are Android Oreo and Wear OS.

It shouldn’t be too much longer before we get further information. By the end of this month, we should have some official information regarding the LG Watch Timepiece.