The Foreign Exchange Market: How Does It Operate? 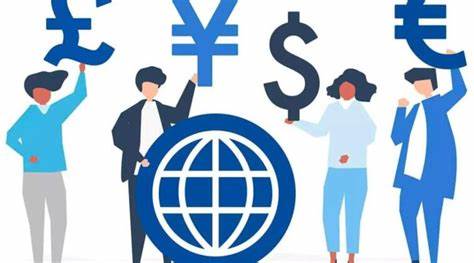 The Forex Market for Beginners

The Market and Your Feelings About It

How can you get started trading foreign currencies?

In the world of forex trading, what exactly is a pip?

Trading foreign currency was originally something that people did exclusively when they needed foreign cash to use when traveling to other countries in other parts of the world.

This required them to visit a bank or a foreign exchange broker in order to exchange some of the currency of their home country for that of another country. Once the exchange was completed, they would be given their new amount of foreign currency based on the exchange rate that was being offered by the bank or broker.

When you hear someone talking about forex or foreign exchange trading, they are almost always referring to the sort of investment trading that has been widespread in recent years.

Because so many people are interested in learning how to trade currencies on their own, one of the most common questions regarding foreign currency trading, also known as forex trading, is how it actually works.

The Forex Market for Beginners

Even those traders who are aware of this fact frequently begin their careers with the mindset that “it happened to them, but it won’t happen to me.” At the end of the day, an average of 77 percent of these merchants leave empty-handed, unsure of what happened or possibly feeling taken advantage of.

Trading foreign currencies is not a scam; rather, it is an industry that is largely designed to cater to those who are already knowledgeable about it. Studying the market, becoming familiar with the terminology, and learning trading strategies are the best ways for new traders to increase their chances of surviving long enough to gain an understanding of the inner workings of foreign exchange trading and become one of those insiders. This should be the goal of new traders.

The capacity to make use of a trading characteristic known as forex trading leverage is the single most important factor that leaves the majority of traders high and dry. Traders are able to participate in the market by utilizing more capital than is now available in their accounts by employing the use of leverage.

For instance, if you were trading 2:1, you might have a deposit of $1,000 in your brokerage account and yet control and trade $2,000 of currency on the market. This is because your leverage would be 2:1. There are a lot of forex brokers that give the leverage of up to 50:1. This can be risky because inexperienced traders have a tendency to jump right in and start trading with a leverage of 50:1 without being adequately prepared for the consequences of their actions.

Trading with leverage may sound like a lot of fun, and it is true that it may increase the ease with which you can make money. However, the fact that it also raises the possibility that you will incur losses is something that is less frequently discussed.

If a trader has $1,000 in their account and uses a leverage of 50:1 while trading a certain currency pair, this means that the trader is actually trading $50,000 on the market, with each pip being worth approximately $5. If the price of a currency pair moves by an average of 70 to 100 pips on a daily basis, then the average amount you stand to lose in a single day may be anywhere from $350 to $500. If you made a truly poor trade, it is possible that you could blow through your entire account in just two days. Of course, this assumes that market circumstances are typical.

When they first start trading, the vast majority of new traders have the hopeful thought, “But I could potentially quadruple my account in only a matter of days.” While it is indeed the case, keeping track of such significant shifts in your balance can be a very challenging endeavor.

The fact that many traders believe they will not be emotionally affected by dramatic price movements despite the evidence to the contrary demonstrates that this is not the case. When they see their money disappearing in front of their eyes in real-time, they may react irrationally out of an unreasonable need to make it up to themselves as quickly as possible. This results in traders making hasty decisions, which increases the likelihood that they will engage in riskier deals, which in turn accelerates the losses.

The Market and Your Feelings About It

Assuming that you are successful in avoiding falling into the trap of using leverage, the next significant difficulty will be getting control of your emotions. When you trade forex, dealing with your feelings will be the most difficult challenge you face. Because of the volatile nature of the foreign exchange market, traders need to have a strong stomach in order to cut their losses at the appropriate time and avoid falling into the trap of holding transactions for too long. Trading forex needs to be a formula and a strategy that is carried out in a manner that is constant and devoid of emotion.

When other traders feel anxious because they have money invested in a transaction but the market is not moving in their favor, the professional trader continues to adhere to her trading approach and exits the trade in order to reduce her losses. On the other hand, the newcomer will continue to participate in the trade in the hope that the market will recover. This emotional response has the potential to cause beginner traders to lose all of their money in a very short period of time.

You will be tempted to utilize leverage since it is readily available. Nevertheless, if you do so and it goes against you, your emotions will cloud your judgment, and as a result, you will probably end up losing money. The most effective strategy to steer clear of all of this is to devise a trading plan that you are able to adhere to. This plan should include tactics and strategies that you have tried in the past and that have resulted in profitable trades at least half the time.

Think about maintaining a forex trading log to keep tabs on your performance over time.

The foreign exchange market operates in a manner that is quite similar to that of any other market that deals in the trading of assets such as equities, bonds, or commodities. How you trade on the foreign exchange market will be the single most important factor in determining whether or not you turn a profit. When you do research online, you can get the impression that other people are able to trade forex successfully while you are unable to. It’s merely an illusion created by your own self-perception; the reality is quite different.

If you get educated on the forex market and keep your head on straight while you’re studying, achieving your objective of understanding the forex market and being successful at trading forex online is within your reach. Learn the ropes with a free demo account first, and then, when you transition to trading with real money, take baby steps. Allow yourself to be incorrect at all times, and when it does occur, learn how to quickly move on from the mistake. Every single day, people are unsuccessful in the foreign exchange market because they are unable to be truthful with themselves. If you can master this skill, you will have accomplished a significant portion of what is required for success in forex trading.

How can you get started trading foreign currencies?

Trading forex for the first time is a lot like trading stocks for the first time; the most important thing you’ll need to get started is a brokerage account. However, if you want to trade in forex markets, the brokerage account that you use to trade stocks may not allow you to do so. In this case, you will likely need to open a new account with a forex broker. Aside from that, all you need is the amount of money that is necessary to fulfill any opening deposit requirements.

In the world of forex trading, what exactly is a pip?

In foreign exchange trading, the movement of the currency pairing that is being traded is referred to by traders as a “percentage in point,” or “pip.” It is a very small movement, and it is possible that it is the smallest movement that can be measured. Certain brokerages may measure movements that are only partial pip movements. When trading a new product, studying the pip size is an essential aspect of your research because the size of the pip might change depending on the pairing that is being exchanged. Because stock price changes are always measured in dollars and cents, the term “pips” is never used in the stock market.