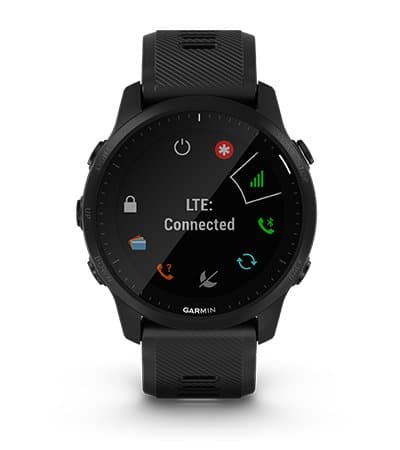 What's the latest with the Garmin Forerunner 55

Other changes over Forerunner 945

Both the Garmin Forerunner 55 and the Forerunner 945 LTE are now up for sale on the official Garmin website as well as on Amazon.com. Both of them are vastly superior to their antecedents in a variety of respects.

In comparison to the beginning of recent years, Garmin’s 2021 has gotten off to a relatively slow start. There is no question that the coronavirus crisis has caused some rearrangement of the deck chairs. On the other hand, things are gradually getting back to normal. Let’s keep our fingers crossed and hope this trend continues.

The Venu 2 is one of the most cutting-edge pieces of hardware that Garmin has to offer. Towards the end of April, the premium-looking fitness clock was on sale to the public. Compared to the previous model, this one offers a selection of several sizes, a longer battery life, additional storage for music, and a heart rate sensor of the most recent generation.

After that, we witnessed the presentation of the Descent MK2s. This particular model is a part of the company’s series of dive computers, which all provide surface GPS navigation. It’s been three years since the unveiling of the first version of the device, and 2019 saw the release of the second generation. This one is the first of its kind to offer a divers watch in a more compact form.

Now there are a few more watches for us to discuss in our articles.

What’s the latest with the Garmin Forerunner 55

The Garmin Forerunner 55 is an upgraded version of the Forerunner 45, which was originally introduced in April 2019 and is priced affordably. Because there is generally a delay of two years between successive generations of Garmin products, this indicates that an upgrade was long overdue.

The Forerunner 45 is available in both a standard and a compact size. This is a rather basic timepiece that gives the essentials when it comes to tracking your fitness and sleep, in addition to working as a running watch owing to the built-in GPS. Other functions include measuring your heart rate and calories burned.

It is interesting to note that the Forerunner 55 is only available in one size variant. It has dimensions of 42 by 42 millimeters and a thickness of 11.6 millimeters, making it slightly more substantial than the standard Forerunner 45. (11.4mm). The MIP display, which is 1.04 inches and has 208 by 208 pixels, is the same as it was before. The new weight is 37 grams, which is an increase of 1 gram over the prior weight.

Other enhancements include incorporating a 24-hour respiration rate, reminders to rest, a woman’s health information, dawn and sunset times, a Fitness Age display (on the watch), and full compatibility with Connect IQ. In addition to that, the HIIT and Pilates activity profiles have been included.

In addition to that, performance indicators have been given a moderate improvement. The Forerunner 55 comes with additional features like an automatic maximum heart rate, improved recovery time, daily training suggestions, and programmable lap alarms.

Additionally, there are running features such as PacePro Pacing Strategies and Race Predictor, in addition to supporting swimming. The latter was something that should have been mentioned earlier but was left out.

In conclusion, a significant number of iterative enhancements. The Forerunner 55 can still be purchased for the same price of $200 as its predecessor. White, black, and aqua are the three color options available for purchase on the Garmin and Amazon websites, respectively. The estimated delivery time is between three and five weeks, which places it no earlier than late June. It is important to point out that the price of the Forerunner 45 has been reduced to $150.

Moving swiftly, the Forerunner 945 LTE is the next product we will discuss. A couple of months ago, this particular one was made public by EMVCo, which is a company that enables card-based payment solutions to function together effortlessly and securely throughout the globe. At that time, it was included on the same list as Venu 2.

The Forerunner 945 LTE is a cellular adaptation of the model that came before it, as the name suggests. Making phone calls is impossible, but it provides a few other methods to remain in touch, such as phone-free safety features and tracking capabilities.

One of these is a program that is referred to as Assistance and Assistance Plus. This allows you to communicate with your emergency contacts and send them a message that includes your position. The Plus is an upgraded and more polished version of the original. It immediately notifies the Garmin IERCC, an emergency response center staffed around the clock, of your name and location.

Live tracking, Spectator Messaging, and Live Event Sharing are three more features that take advantage of LTE’s capabilities. The first enables friends and family to track your location in real time, and the second enables audio and text messages to be sent and received on the watch. The third one automatically sends updates on the race to friends and family.

Therefore, the wait for a Garmin watch that supports Bluetooth connectivity and enables you to make hands-free calls continues. But we are getting closer all the time.

The monthly cost of the LTE plan is $6.99, but customers can save $1 by signing a yearly contract. If you want to use the additional capabilities, this appears to be a sensible choice for you. Activation of the subscription plan can be accomplished through the use of the Garmin Connect app.

Other changes over Forerunner 945

Even more encouraging is the fact that Garmin has managed to keep the MIP display at the same size of 1.2 inches. This indicates that the bezel on the LTE variant is more narrow than it was previously. Still perceptible, although not to the same degree as before.

Battery life is not significantly improved from previous versions. In smartwatch mode, it lasts for two weeks, but when you add GPS and music, it can last up to twelve hours (from 10 hours).

The new V4 heart rate sensor, improved recovery time, Daily Suggested Workouts, Ultra Running activity profile, eBiking/eMountainbiking activity profiles, and a handful of new golf features are some additional changes that have been made along the road.

The Forerunner 945 LTE has a price tag of $650, which is $50 more than its predecessor. You can purchase it in either the Black or the Whitestone color variant whether you shop on Amazon or the Garmin website. The watch will ship within one to three business days.

It would appear that the next few months will be rather eventful in terms of announcements made by Garmin. In the not too distant future, we anticipate the arrival of the Forerunner 955, a new MARQ, and the Vivosmart 5. The end of summer or the beginning of fall is our best bet for when all of these will arrive. Another possibility is the Fenix 7. However, the launch of this model, along with the Vivoactive 5, is more likely to occur in early 2022.