The Garmin Fenix 7 and The Epix 2 are Scheduled to be Unveiled on January 18th, Most Likely 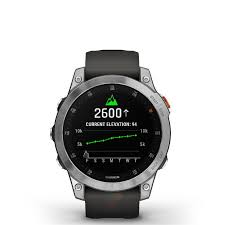 What can be anticipated

A product launch event will be held in the United States on January 18th, according to Garmin Israel and Garmin Norway. This will likely be the time when we will see the formal unveiling of Fenix 7, Epix 2, and possibly even Instinct 2.

Many of us have been waiting with bated breath for the next iteration of the Garmin Fenix watch to be made available. It is extremely likely that this will take place within the next few days.

The official Instagram account for Garmin Israel has dropped hints about a significant live broadcast launch event that will take place on January 18th from the headquarters of the firm in the United States. Although the message has been taken down, a screenshot of it can still be seen on this Reddit discussion thread.

The time in Israel is 16:30, which is comparable to 9:30 in Eastern Standard Time (14:30 GMT). After another half an hour, the actual live stream will begin. Launches for Garmin products normally take place on Tuesdays, so the timing of all of this information is consistent with the widespread speculation that the company will soon introduce the Fenix 7, Epix 2, and Instinct 2 models. The ad depicting a hike in the great outdoors fits in perfectly with the aesthetic of these types of watches. So that you know, Runway is the authorized importer of Garmin products in Israel.

In the language that is located underneath the Instagram picture, it is stated that on that particular date, there would be an “international announcement and launch event.” Additionally, senior members of the Garmin USA team have been invited to take part in it.

The post includes the following statement: “We can’t reveal too many details, but promise that it will be very intriguing (and of course entertaining), and we will instead stream the live broadcast from the corporate headquarters in the United States of America.”“

However, that is not the end of the story. The identical invitation, complete with an identical photo and corresponding date, was also posted by Garmin Norway. On January 18th, Garmin will host a Webinar, and the media has been invited to attend. The Webinar will “show the latest advancements from Garmin outside.”

What can be anticipated

Many rumors have been going around regarding the next Garmin watches. A few weeks ago, winfuture.de published what they assert to be genuine photographs of the Fenix 7, Epix 2, and Instinct 2 smartphones. Since it was first posted, there has been a significant amount of media coverage.

A few days ago, the German website provided detailed information regarding the forthcoming devices’ technical specifications. What came as a surprise was the fact that this supposedly demonstrates Fenix 7 and Epix 2 will have the capability to take ECG. We have not yet concluded whether or not this will, in fact, be the situation.

Having said that, we know that Garmin has been testing out this particular capability for quite some time now. In a Clinical Trial carried out earlier this year, it was made abundantly obvious that the single-lead ECG gadget utilized for the research was a Garmin “wrist-worn, consumer device.” Data from a single lead is typically what can be obtained from smartwatches that use ECG technology. On the other hand, you would anticipate that ECG will first appear on a multi-sport watch like the Garmin Venu or the Vivoactive rather than the Fenix.

In light of all of this, the one thing that can be said with absolute certainty is that Garmin has just introduced the Venu 2 Plus. It was announced at CES 2022 and came with an extra physical button, microphone, and speaker in addition to the two it already had. This allows you to ask questions and control smart gadgets without using your hands. Users can contact Siri, Google Assistant, or Bixby when their smartphones are within Bluetooth range, but this is the only requirement. In addition, individuals can reply to messages with their voices, as well as answer and make phone calls.

Even if the new watches are shown off to the public for the first time on the 18th, it’s possible that actual sales won’t begin for another week or so. That was the situation with the Venu 2 Plus.