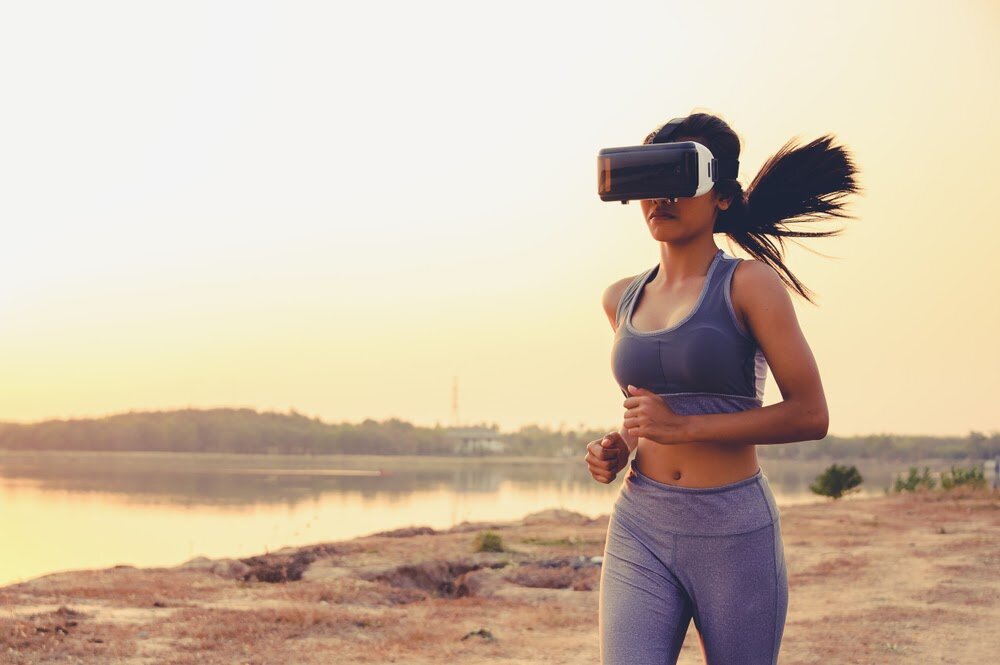 The Ghost Pacer is a pair of augmented reality glasses that projects a hologram opponent into the wearer’s field of view in the hopes of assisting them in breaking their own personal records.

Have you ever experienced a computerized driving game that superimposes a “ghost car” that drives in a manner similar to your best performance? It is an excellent method for keeping track of your position in the competition at each successive checkpoint. But what if the same principle was used to describe running in the actual world?

I have always been a runner, but this year I decided to prepare specifically for the Paris Marathon. However, I have started training in the hopes that I would be able to participate in the event the following year, even though it was postponed (again). At this point in time, rather than concentrating on the distance, I am working on improving my personal bests. My attention was sparked by this device for the same reason.

It will do it through the use of a Kickstarter campaign. The business claims that it is the “world’s first pair of mixed-reality glasses” and that it “projects a hologram that you can race against outside in real-time!”

That is really mind-blowing, isn’t it? A digital training companion who is constantly present, providing you with an additional advantage and additional incentive. After all, several studies have demonstrated that jogging with a companion enhances the whole experience of the run.

These glasses have a futuristic appearance, are resistant to dust and splashes, and are very lightweight. With a total weight of about 90 grammes, they won’t be able to hold you back at all! The thickness of the glasses is 10 millimetres, and they feature an AR field of vision of 30 degrees. On a single charge, the battery will last for around six hours.

The avatar is, of course, the most interesting part of this. You only need to pick the course and decide how fast you want to go, and you’re all set to compete. If you are falling behind your target pace, the avatar will be sprinting in front of you, and if you are keeping up with it, it will be running behind you. It’s not a complicated idea, but it has a lot of potentials. The best part is that you can still see everything that is going on around you, so your safety will not be affected in any way.

The Ghost Pacer app is able to communicate with Strava and use its extensive route database. You can even have the app create individualised exercises for you. In addition to this, the specifications will be interoperable with over 60 different smartwatches, including those made by Garmin, Polar, and others, so that users can access their heart rate data. After that, the avatar will adjust its own speed in real-time so that it keeps you in the zone where your heart rate is best.

One might be able to envision this idea being developed further in the future. The second generation of these watches might perhaps show a readout of your pulse rate, lap times, pace, and other relevant data directly in front of you. However, it is just my own wish list.

You can save 43 per cent off the final sale price of the Ghost Pacer eyeglasses by placing a pre-order for them on Kickstarter right now. The excellent news is that. The disappointing piece of information is that we anticipate that backers will not receive their rewards for another year.