The HotRock is a Foam Roller that Applies Strong Heat, Which Helps Relax Aching Muscles 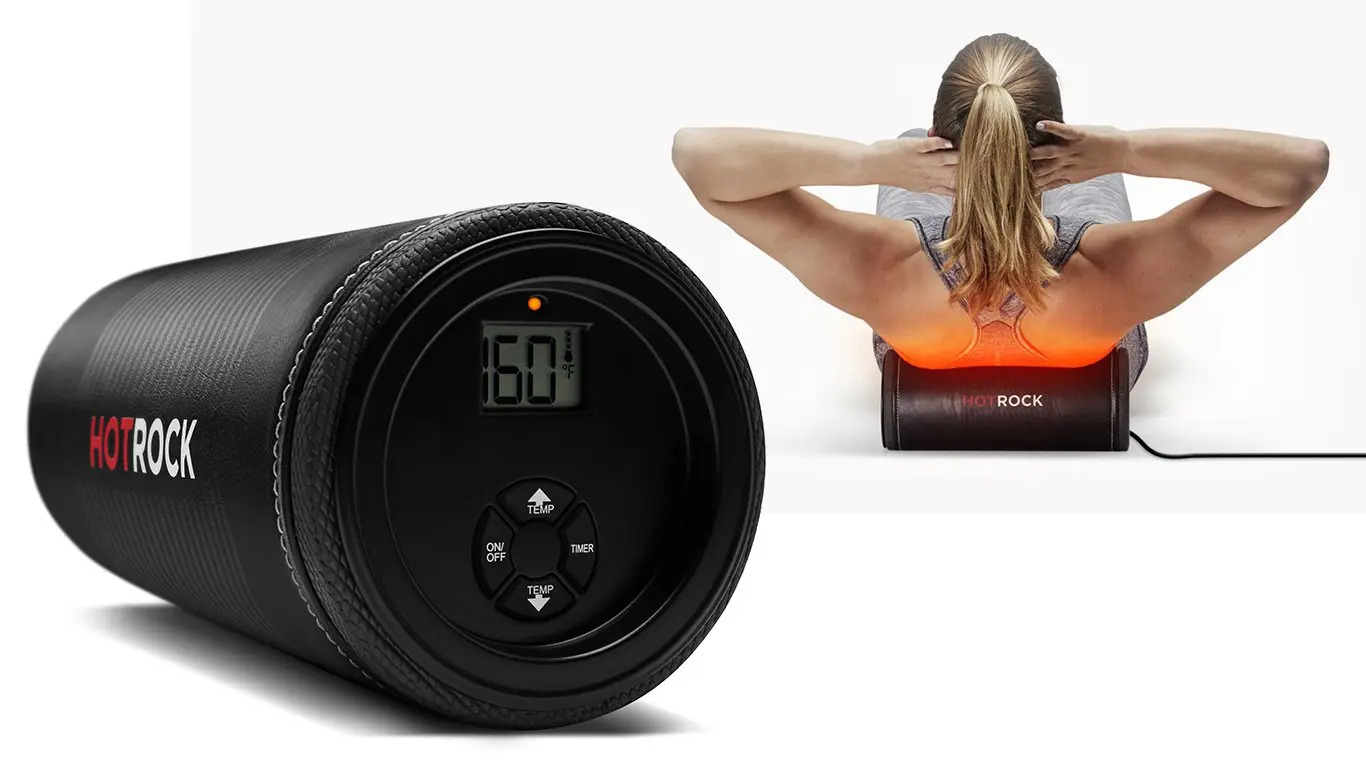 It has been known for a long time that heat has curative properties. Foam rollers are being brought into the 21st century by MedRock with the introduction of HotRock, a gadget that has been cleared by the FDA and provides strong heat therapy.

You can find folks utilizing foam rollers at virtually every gym you visit. These are wonderful for enhancing blood flow and raising the temperature of the tissues in the body. Both are beneficial for relaxing the muscles, altering the length of the muscles, and expanding joint mobility.

There have been heated foam rollers available for some time now. But in contrast to the conventional rollers that are heated in a microwave, the HotRock is a gadget that is plugged in and can heat up to the temperature you want in fewer than four minutes. Additionally, it is the only one that can heat up to temperatures ranging from 160 to 180 degrees Fahrenheit (70-80 degrees Celsius).

When you foam roll, heat is conveyed to your body, which has a number of health benefits, including the reduction of pain, tension, and a lack of flexibility. A lower heat setting is intended to be utilized for more sensitive areas of the body, while a higher temperature is intended for more in-depth therapy of muscles and joints. The component is made up of many layers of ABS plastic and EVA foam to achieve the highest level of productivity possible.

Because everything is controlled by the four buttons on the side, there is no requirement for a smartphone app to be installed. This contains a button for turning the device on and off as well as a timer and temperature control. The LCD display on the foam roller presents information regarding the current temperature setting.

It goes without saying that producing extreme heat calls for a significant amount of energy. Because of this, the corporation has decided against developing a device that is powered by a battery. Therefore, you will need to plug it into an electrical outlet. However, there is an extra-long cord that is 9 feet long so that you won’t get stuck between the couch and the coffee table when doing so. Those who want to utilize the device when they are on the go are able to do so by purchasing a transportable battery that is capable of providing the necessary power to the HotRock. However, because of this, it will take significantly longer to heat up.

A few hours ago, the device became available for preorder on Indiegogo. Backers can anticipate having a HotRock delivered to their home this summer, provided that the fund-raising and production processes go according to plan.