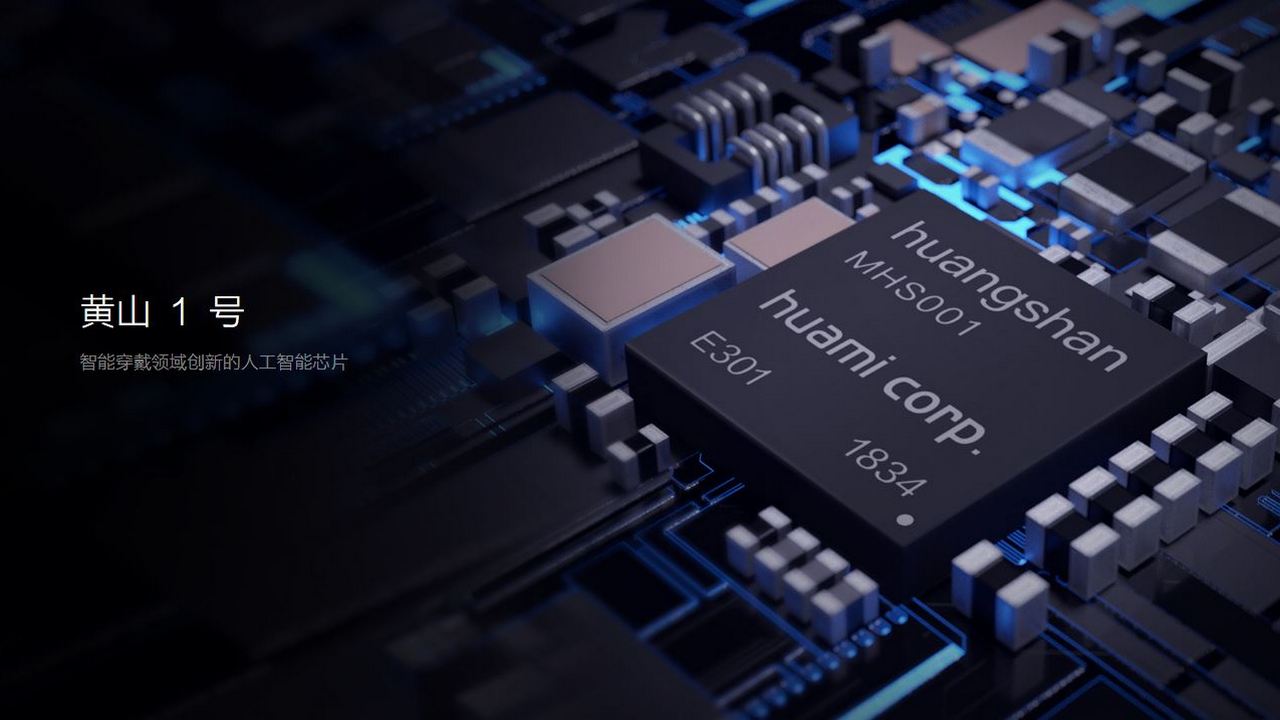 So, what does this mean for Huami wearables in the future?

Huami Technology has announced the Huangshan 2, which will power the company’s future wearables. This version has a new optical sensor, the BioTracker 2, as well as improvements to the processor and AI algorithms.

The news was announced during the company’s first AI Innovation Conference in Hefei, Anhui, yesterday. “AI to Decode the Future” was the conference’s topic. Huang Wang, the company’s CEO, also inaugurated the China Institute of Intelligent Research in addition to the new chip.

The new chipset is the product of work that began shortly after the first generation CPU was released in the autumn of 2018. It was a difficult undertaking, according to Huang Wang, to develop the technology. “450 days of hard effort,” he says.

The next-generation processor will, as expected, be substantially more energy efficient. The architecture of “No. 2” is based on the open-source RISC-V architecture. The overall computational efficiency is 38% higher than that of the ARM Cortex-M4 architecture, which is commonly used in wearable devices.

The technology offers an “Always On” mode, which allows it to continue capturing health data even while the main core is sleeping or switched off. The new C2 coprocessor is to blame for this. The overall power usage of Huangshan 2 should, in theory, be 50% lower than the first generation.

BioTracker 2 is a sequel to BioTracker.

The BioTracker 2 optical sensor is included with the CPU. This is Huami’s most versatile biosensor to date, supporting up to five biological data engines (RealBeats, OxygenBeats, SomnusCare, ExerSense, and huami-PAI).

RealBeats 2, a heart data AI biological engine, will be superior in terms of removing heart rate noise interference during exercise. The next generation will also be seven times better at predicting or recognising arrhythmia in a user’s heart. Furthermore, it can detect reentrant tachycardia as well as frequent supraventricular premature beats.

Huami and the Zhongguanyuan Hospital team are collaborating to use OxygenBeats TM high-precision oxygen detecting capabilities. In the third quarter of this year, smart watches featuring OxygenBeats TM and the Oxygen Data AI engine are scheduled to be available.

Then there’s SomnusCare TM, a new sleep data AI engine. According to tests, its sleep data detection accuracy is greater than 80%. It detects nap data lasting more than 25 minutes with near-perfect accuracy.Sleep apnea can also be detected using AI.

Finally, there’s PAI, which is a deviating heart rate indicator of daily activity. Several Amazfit smartwatches already have this capability.

So, what does this mean for Huami wearables in the future?

All of this bodes well for the Amazfit lineup’s future gadgets. In a variety of ways, this next-generation semiconductor should improve their capabilities. They will have better and more accurate sensor performance in addition to improved performance and battery efficiency.

By the end of the year, the Huangshan 2 should be in mass production. In the first half of 2021, new wearables with it should be available.