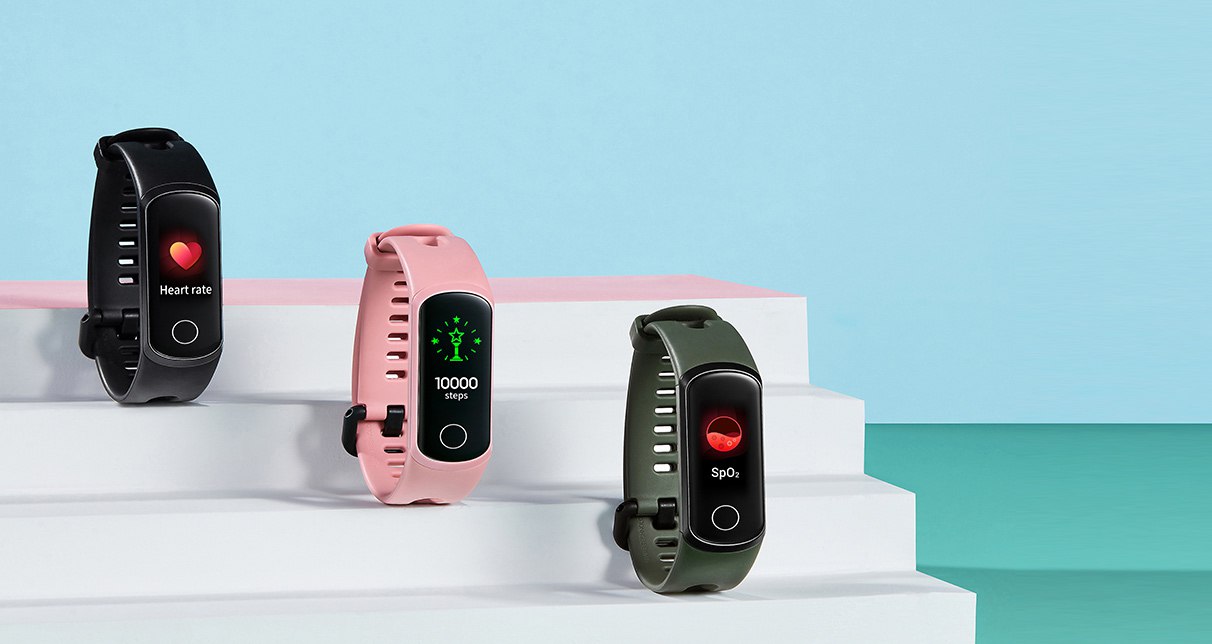 The Huawei Band 4 is the company’s newest low-cost fitness band, and it was just introduced. The Honor Band 5i, which was released earlier this week, is quite similar to the wearable device that was just released.

Both have a 0.96-inch colour screen that is a 2.5D TFT with a resolution of 160 by 80 pixels. They are driven by a CPU that is known as the Apollo 3, and they are water-resistant up to a depth of fifty metres. In point of fact, it appears that the sole distinction between the two is that the home button on the Huawei Band is capacitive, whilst the one on the Honor Band is in the shape of a pill.

Honor is a sub-brand of Huawei, not that anybody is going to mind hearing that. Therefore, it appears that this is merely an exercise in rebranding.

The total weight, including the bracelet, is under 24 grammes. This includes the weight of the watch itself. Core unit measures come in at 56mm x 18.5 x 12.5mm.

The built-in three-axis accelerometer, infrared sensor, and optical heart rate sensor provide a comprehensive range of fitness monitoring capabilities, including the standard steps, distance, calories, and heart rate as well as other metrics. When it comes to providing in-depth sleep stage information, Sleep makes use of the patented TruSleep 2.0 technology developed by the firm. According to Huawei, the wristband can even recognise up to six distinct forms of sleep disorders and spit out advice to assist overcome these issues.

The activities that are monitored include jogging (both inside and outdoors), walking (both indoors and outdoors), rowing machines, and free training. There is a unique collection of performance metrics included with each of these.

In addition, there is some intelligent functionality, such as the Remote Shutter, the Find My Phone feature, and alerts. The watch faces may be changed out for others that can be obtained in the Huawei Watch Face Store, which will assist you in personalising things to your preferences and meet your needs.

As can be seen in the image located at the top of the page, Huawei has developed an ingenious method for charging. A USB-A connector may be accessed once the core device has been removed from the band. Because of this, you won’t need to worry about bringing any additional cables with you when you need to charge your device because you can simply connect it to any USB-A port.

One charge of the 91mAh battery is sufficient to keep the device functioning normally for an impressive 7-9 days. It takes around one and a half hours to fill up completely from empty to capacity.

The fitness tracker can sync with smartphones that are running Android 4.4 or higher and iOS 9.0 or higher. It can also withstand water pressure of up to 50 metres. Bluetooth 4.2 is included for communication, but NFC is not included in this device.

On paper, this looks like a good little fitness tracker to have in your arsenal. Sakura Pink, Graphite Black, and Amber Sunrise are the three colour options available for the Huawei Band 4 when it goes on sale in China on November 1st. The price tag of 199 yen is equivalent to almost $30. Regarding the availability of the product on a global scale, there has been no announcement made.