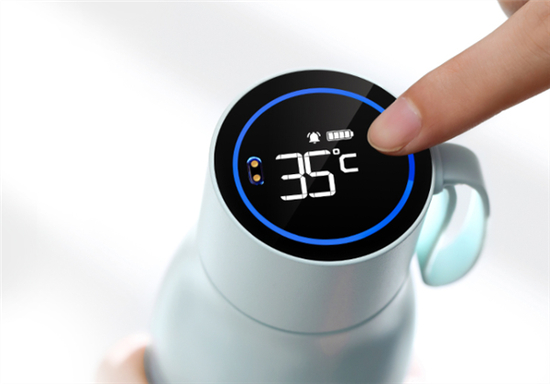 A smart water bottle has been released by Huawei in a stealthy manner. On the top of the container, there is a screen that shows the current temperature and the quality of the water.

The Smart Insulation Cup is made out of construction that is composed of three layers of stainless steel. Up to twenty-four hours of temperature retention is possible using this method. The container itself is IPx7 certified, which means that it can be washed routinely together with your other utensils. It is also reported to be durable, which means that it can withstand being dropped. On a single charge, the battery will last for around one month.

The detection of the TDS quality of water is yet another useful function. The first three letters stand for total dissolved solids, while the metric denotes the total concentration of chemicals that have been dissolved in water. You can activate this feature by pushing and holding the screen for an extended period of time. After it has finished doing what it is supposed to accomplish, the cap will indicate the quality of the water. This is definitely a feature that could come in handy, and it is something that we have not come across in any other clever water bottles before.

Obviously, a piece of software designed specifically for smartphones is also available to go through with all of this. Additionally, the Huawei HiLink app displays the temperature of the liquid in real time and enables users to personalize up to 15 drinking alarms for themselves. They are delivered in the form of the flask vibrating and the display lid flashing, so you can be certain that they will attract your attention.

A listing for the Huawei Smart Insulation Cup can now be seen on the Huawei Mall in China. When expressed in terms of the currency used in the United States, the cost is a reasonable $20. This article will be updated as soon as it is announced that it will be available internationally.