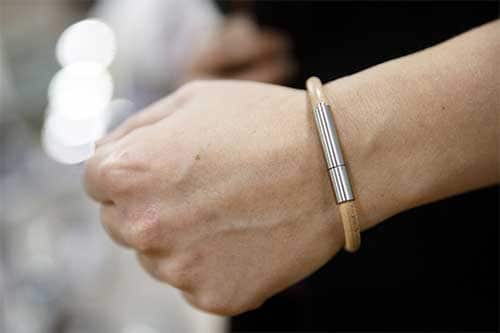 There are a lot of high-tech devices available on the market nowadays that make it simple to seek assistance when you need it. Even though we’ve had panic buttons for a long time, it wasn’t until lately that they shrunk, became wearable, and were less noticeable.

The majority of these devices function by enabling you to communicate with a predetermined network of individuals and informing them that you require assistance. Some people even take this a step further by combining it with notification alerts or basic fitness tracking.

Image source: Invi The Invi Bracelet is a novel and intriguing sort of wearable safety device. This seemingly harmless piece of equipment has a terrible surprise in store for any potential aggressor, despite the fact that it was designed to be a non-violent form of self-defense.

The operation of it is straightforward. In the event that you believe your safety is in jeopardy, release the modest safety clasp and pull firmly on the leather strap. This causes the canister that the corporation uses to store its stink solution to break. In order to prevent the gadget from being triggered inadvertently, a two-step activation process has been put into place. The offensive odor that is released by the bracelet is supposed to disorient and demoralize the person who is attacking you.

At this year’s Consumer Electronics Show (CES), a Dutch firm is demonstrating its Invi Bracelet, but the company hasn’t detonated any stink bombs on the showfloor, so we have no idea what the bracelet actually smells like. It has been reported that more than one hundred people in Rotterdam tried out the trendy new device in the previous year. According to the findings of the study, respondents reported feeling more empowered, which had a considerable beneficial effect on their perceptions of their own personal safety.

The Invi bracelet is offered in two different sizes and can be purchased for approximately $70. Because it is designed to be used by either men or women, it is referred to be unisex.