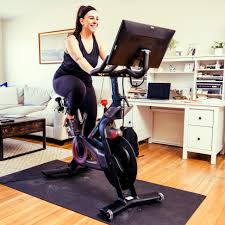 The name of the company has been used rather frequently in recent articles. And not all of the coverage has been positive, some of it through no fault of the organization’s own. The death of the fictitious character Mr. Big from Sex and the City, who had suffered a heart attack while using a cycle machine, came first. Then, in the television series Billions, a close call with death was very similar.

In addition to that, Pelaton has not fared particularly well throughout the pandemic. It failed to anticipate the level of demand at the worst of the crisis. Then it overestimated it during the subsequent months, which caused stocks to accumulate in its warehouses. Combining these factors has led to a steep decline in the price of the company’s shares. There are also rumors that Apple is considering purchasing Pelaton. But at least for the time being, everything is continuing as normal.

For the benefit of those who are unaware, most of the company’s output consists of exercise bikes and treadmills. Additionally, the company provides fitness content that is compatible with its own hardware as well as TVs, tablets, and mobile phones.

The new heart rate band represents the company’s second attempt along these lines. The first option is a “conventional” chest strap that has been created with Peloton goods in mind as its primary target audience.

This one is a little bit easier to put on and more comfortable to wear as it goes around your forearm. Both of these devices contribute to Peloton’s own Strive Score system, but this one goes around your forearm. Additionally, you won’t need to moisten the contact site in order to get accurate readings of your heart rate because the device uses optical sensors rather than electrodermal ones, which rely on electrical currents. The convenience of use is increased due to this, but there is a catch: the accuracy of the readings will be slightly reduced compared to what you would get with a chest strap.

It’s interesting to note that the Heart Rate Band comes in at around twice the price of the chest strap. However, it does offer more in several other respects. For instance, the band features five multi-color LED lights that may be used to identify the heart rate zone you are now in quickly. These lights can also be used to indicate when the band needs to be charged.

The LEDs also display the current battery level and the Bluetooth connection status. The battery life should last approximately ten hours on a full charge, which is an acceptable amount of time.

There is a choice between a little and large size, and the company’s website will charge you around the same amount for either option. This is quite unreasonable for such a product, and there are alternatives available from third parties that are offered at lower prices.

You may acquire the band right now in the United States of America, the United Kingdom, Canada, Australia, and Germany. According to the business, the device would also be compatible with applications developed by other companies. Provided that they support the standard Bluetooth heart rate monitor profiles.

The Pelaton armband, on the other hand, does not feature ANT+ connectivity as the chest strap does. Because of this, you will not be able to link it to devices made by a third party, such as a Garmin smartwatch.