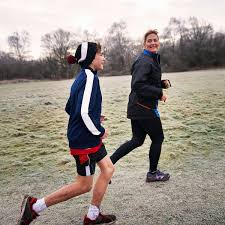 The patent for it

The source of potential money is significant

After establishing itself as an industry leader in the fitness tracking space, Fitbit is now focusing its attention on the youth sports tracking market. It has developed and patented a system that is capable of real-time monitoring of a variety of youth sports, including soccer, football, baseball, ice hockey, floor hockey, inline hockey, rugby, and lacrosse, among others.

The patent for it

The patent is stated in document number US 20220046089 A1, as stated. On the 10th of February in 2022, it was handed into the United States Patent and Trademark Office (via). According to the patent, the system has the potential to be utilized to give parents the ability to monitor their children’s activities while remaining in the convenience of their own homes.

This project aims to develop something that can gather information from a network that contains linked devices. An online portal that would be accessible to a large network of followers over the cloud would perform analysis and compilation of the information before making it available to those users. Sources of information would include spectators and coaches taking notes of events that occurred during the game on their mobile devices (such as smartphones, laptops, smartwatches, and so on), in addition to more high-tech means such as cameras built into spectators’ smart glasses recording the exact moment a goal was scored.

The online server would monitor the action at all times. In addition to providing play-by-play coverage in real time, it would compile statistics for both the team and the players. For the sake of illustration, this might include things like faceoffs, shoots, goals, penalties, time changes, period changes, a halt of play, and many other occurrences throughout a hockey game. Additionally, an automatic scoreboard update might be performed during the game with this information.

Suppose the portal receives information that is inconsistent from a variety of sources. In that case, it can send out a request to clarify the inconsistency through a method that uses upvotes. The information would be updated according to the responses received from most people.

It’s possible that you may also utilize this to transfer photographs and movies through the communication system. Because most youth sports are not broadcast on television, this would be the next best thing.

The source of potential money is significant

The market for youth sports is significant. The youth sports market encompasses everything, from professionally run athletic leagues to unprofessional actions. The youth sports sector in the United States has a worth of more than 19 billion dollars in 2019, as indicated by recent figures. That’s bigger than the size of the NFL, which is worth $15 billion! The value of the sports market in the United States is expected to surpass $70 billion during the next four years, according to projections.

At a time when many companies are searching for new ways to generate revenue, all of this indicates that there is a great deal of opportunity here for a company that specializes in wearable technology. Fitbit can expand its focus outside the realm of wearable technology now that it has Google’s backing.

It is currently unknown if the corporation merely intends to develop a system to compile data or whether it also intends to build a network consisting of its own linked devices in addition to this. Since this is only a patent, there is no assurance that the invention will ever be implemented in the real world. There are a lot of goods that get stuck in the patent stage and never make it to the market. Regardless, the fact that Fitbit is considering moving in this way is intriguing because the market in which it has been operating up to this point is quite different from this one.