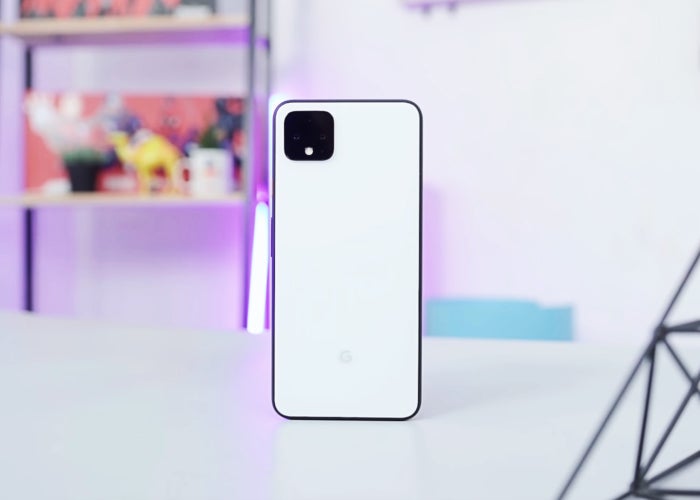 Astrophotography, Motion Mode and more: the photographic novelties of the Pixel 4

It seemed that this year Google had managed to dodge leaks, thanks to its strategy of showing the world the Pixel 4 in advance to prevent rumors from drifting into confusion, and ultimately disappointment by those who were looking forward to the new generation of phones made by Google , which we know from today will be presented next October 15 .

However, practically since the beginning of September, the leaks with the Pixel 4 as protagonists have not given us respite . Coming almost entirely from Vietnamese sources, the tracks have confirmed virtually all the information that remained to be known about the terminals .

And from what we know so far, everything indicates that one more year Google has put the focus on photography , improving not only the hardware of their phones in relation to this field, but also through new modes and options that promise raise the level of photographic experience with the Pixels. That which has been the reference in the mobile market for nearly three years.

As Google had already confirmed in June, the Pixel 4 will be the first of the brand to equip two cameras on its back . Unlike the iPhone 11 , the Mountain View have decided to remain somewhat conservative and not jump into a triple camera. That, although it places the Pixel somewhat below its main rivals in terms of versatility, does not mean that the photographic quality of the terminals will be worse than that of the other models with three or more cameras.

From this “new” photographic system, we know that it will be led by a 12 megapixel sensor , apparently the same one that we already found at the back of the Pixel 3 and Pixel 3 XL , yes, this time with a greater aperture that passes from f /1.8 af / 1.7.

Therefore, the main novelty in this regard will be the arrival of a secondary sensor , 16 megapixels, with telephoto format that would enable the possibility of optical zoom of up to two magnifications , and hybrid zoom of up to eight .

In addition to these two rear sensors, we will see a third sensor, located on the front , of 8 megapixels of resolution and this time will not be accompanied by the Ultra Wide camera like last year.

Astrophotography, Motion Mode and more: the photographic novelties of the Pixel 4

Virtually all the leaks seen so far on the Pixel 4 come from devices with software prior to the final version , so it is possible that some of the new functions are not yet present, or that those that are not arrive in time for The final edition.

But since from 9to5Google they have had access to the camera application of the Pixel 4 . it has been possible to extract information about the modes and the new options that will land next to these two models.

The first way in which we must stop is known as “Astrophotography” . By manipulating the APK file of Google Camera 7.0, since XDA-Developers have been able to enable this option to make it work on previous models of the Pixel series.

Broadly speaking, it is a function derived from the Night Sight mode , which will allow you to capture night images of detailed starry skies and free of noise, adjusting the shutter speed and focus parameters of the camera. The results speak for themselves:

Mobile phones such as the recent Samsung Galaxy Note 10 have the option to improve audio capture when recording video, through an “Audio Zoom” mode that allows the microphones of the device to focus on the specific area of ??the image being expanding . Such a feature has been discovered in the latest version of the Google camera app, and it is very likely that it will debut alongside the Pixel 4.

And this year, the company could mark a before and after in this regard, dodging one of the few disadvantages that can be found today when using the camera of a Pixel device, as is the difference between the image observed in the viewer, and the final processed capture that appears in the gallery.

For this, Google could implement a mode known as Live HDR , which through HDRNet technology would allow you to see the Google HDR effect applied to the photo directly in the camera app viewfinder , to really appreciate how the capture will be once taken.

Another of the new modes available in the Pixel 4 camera will be known as Motion Mode . Apparently, this option is intended to capture images of moving situations, in which the foreground subject remains focused, while the rest of the image shows an effect known as Motion Blur .

Despite not having a second front sensor for selfies, the Pixel 4 will be able to capture panoramic self-portraits . And not only that, but thanks to an algorithm whose operation we detailed at the time , the Pixel 4 camera would end one of the great problems of this type of sensors such as edge distortion . In the video on these lines you can see the operation of this system in more detail.

But those are not the only changes that the camera of the Pixel 4 and Pixel 4 XL will bring. Through even more code excerpts from Google Camera 7.0, it has been confirmed that work is being done to provide the new devices with extra functions with which to add even more value to the photographic experience:

This is all that is known, for now, about what’s new in the cameras of the Google Pixel 4 and Pixel 4 XL . Taking into account the rhythm of the leaks, we do not rule out that even more data could appear with the passing of the weeks. If so, we will keep you informed about it.