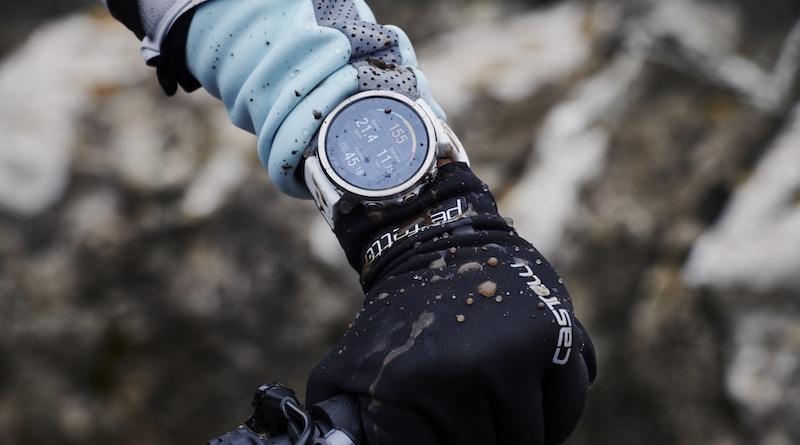 Today, Polar introduced the Grit X, a multi-sport watch designed for those who like being outside. The smartphone has a long-lasting battery life in addition to several cutting-edge capabilities.

To begin with, the Grit X has a construction that is both sturdy and tough all the way down to the smallest detail. In point of fact, the structure meets the requirements of the United States military grade (MIL-STD-810G). This indicates that the item is made to endure and has been subjected to rigorous testing, including tests for harsh temperatures, drops, and humidity. It goes without saying that the watch is able to withstand a great deal more than the average scratch, tumble, or short exposure to water. Grit X is remarkably lightweight, weighing in at just 64 grams total. This is despite all of the above.

Additionally, the watch has exceptionally long battery life. It can give 40 hours of nonstop training with GPS and all the other features on a single battery and comes with all the bells and whistles. This number may be increased to 100 hours by activating a few power-saving settings. A highly helpful choice for longer journeys or ultra-distance competitions.

There are a number of noteworthy new outdoor-oriented features that have been added. To start, there is something that Polar has dubbed the Hill Splitter. This provides you with a comprehensive breakdown of your performance throughout the uphill and descending portions of your route’s metrics.

The next one is called FuelWise. It seeks to solve a problem that a lot of people who like being outside don’t pay enough attention to, and that problem is maintaining a consistent level of water and nourishment. The feature may be operated manually or automatically, and it ensures that you will always have sufficient energy by providing you with regular reminders to eat and drink.

Users will also have the ability to plan their itineraries in great detail using Komoot, which will come equipped with an integrated compass. They will get directions step-by-step thanks to this, ensuring that they will arrive at their goal without getting lost along the route.

There is no need to be concerned about a storm while you are on your walk. Grit X will inform you of what to anticipate in a timely manner with its two-day forecast that can be accessed directly from the wrist.

The Polar Ignite and the Vantage series also contributed to other smart coaching capabilities that have been included in this watch. This consists of monitoring your heart rate around the clock with Polar Precision Prime, as well as using FitSpark, Nightly Recharge, Training Load Pro, Sleep Plus Stages, Running Power, and Serene to help you relax and unwind.

The Polar Fenix series, which is Polar’s competitor to the Garmin Fenix series, is available in three colours: green, black, and white for sizes M/L and S/M, respectively. Additionally, there is an overwhelming variety of straps from which to choose. Included with this is the typical green, black, and white silicone. Options made of red, blue, and tundra green Paracord textile, in addition to a band made of leather, may be purchased at a little higher cost.

According to Tom Fowler, President of Polar USA, in a news release, “In recent years, Polar has added a full suite of features including training load, recuperation, running power, sleep, and individualized training advice for athletes of all levels.”

“Polar Grit X takes this even further, not only by adding new features but also by providing powerful insights and feedback that have been designed for outdoor enthusiasts.”

As of today, Polar Grit X may be purchased via Polar’s official website. It goes for a price of $429.95. May marks the beginning of availability at various retail establishments.