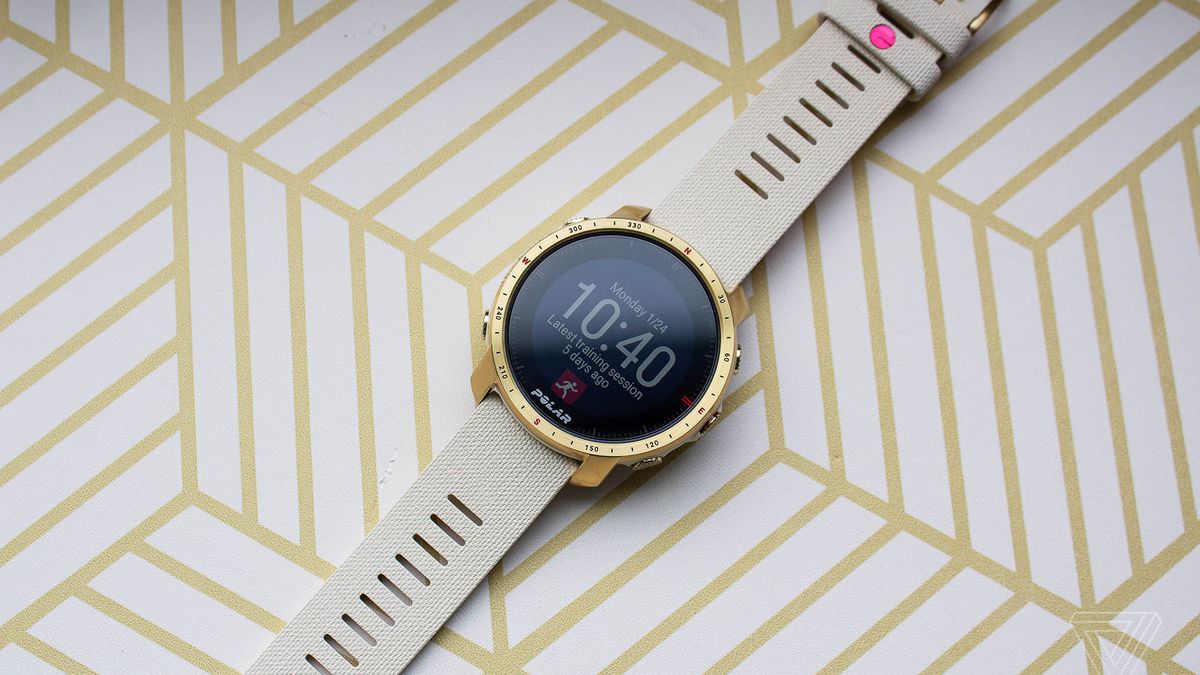 Additional Product Announcements Have Been Made

Polar has introduced the Grit X Pro, which one can purchase for $500. It is a bit of improvement on the product released the previous year. It has a somewhat improved build, a compass, Galileo and QZSS satellite systems support, redesigned dashboards, and extra navigation features.

The Polar Grit X is a watch suitable for people who enjoy being outside and want a robust, multi-sports, and affordable watch. The smartphone has a long-lasting battery life in addition to several cutting-edge capabilities.

The certification that it meets the requirements of the US military-grade standard (MIL-STD-810G) is evidence of the high quality of its construction. Both the high-strength stainless steel case and the back cover made of glass fiber reinforced polymer are able to tolerate situations and temperatures that are extremely harsh. Despite this, Grit X is extremely lightweight, coming in at only 64 grams (44 g without the wristband).

The longevity of its battery life is another one of its strengths. When functioning solely as a smartwatch, the device has a battery life of around one week. The device’s battery life is rated at forty hours, with the GPS and all of the other capabilities turned on.

Hill Splitter, Fuel Wise, and the capability to plan trips in depth utilizing Komoot are some of the innovative features that are available for trail runners and other enthusiasts of the great outdoors. In addition, advanced coaching features are available from the Vantage series and the Polar Ignite line. These features include FitSpark, Nightly Recharge, Training Load Pro, Sleep Plus Stages, Running Power, and many more.

The Polar Grit X Pro does not significantly depart from its ancestor, the Polar Grit. Naturally, it keeps all of its features, such as in-depth performance measures and recovery info, and adds a few new ones to the mix.

In spite of the fact that the display on the watch is still the exact 1.2 inches in size and has thick bezels, it has been upgraded to Sapphire glass for increased resilience. This ought to make it more sturdy when used in the open air. The total weight has increased by about 15 grams overall.

A compass is the only sensor that has been included in this update. Given that the Grit X does not have one of these, we had high hopes for the inclusion of a SpO2 sensor. People who go out into the wilderness to hike or run through the mountains could benefit from wearing a pulse oximeter on their wrist so that they can monitor the amount of oxygen in their blood. These days, one may find a SpO2 sensor inside the majority of sports watches.

The Grit X Pro package includes not one but two whole new dashboards. The times of dawn, sunset, and daylight are displayed on one of them. The second one shows data from a barometric-based altimeter in addition to GPS coordinates and a compass.

The Pro edition adds support for the Galileo and QZSS satellite navigation systems, which should result in slightly improved satellite positioning. In conjunction with GPS and GLONASS, this is another navigational aid.

Some of the other changes include additional navigation features, the ability to broadcast your heart rate, audio controls, and Recovery Pro. Some of these capabilities are going to be rolled out to Grit X in the form of a firmware upgrade. However, it will not receive the orthostatic test, the leg recovery test, the cycling test, or any of the other new features that come with the reverse route.

Despite the addition of these new functions, the battery life has not been affected. Additionally, there are power-saving settings that can be activated on the watch.

There is a choice between a copper finish, a gold finish, and a black finish for the Grit X Pro, which retails for $500. An upgraded Grit X Pro Titan model is also available for an additional cost of $100. For that price, you receive a case constructed of aerospace-grade titanium, known for its extreme robustness. This results in a weight reduction of about 12 percent overall, and in addition, you will find an additional perforated leather band within the packaging.

Additional Product Announcements Have Been Made

In recent years, Polar has exerted significant effort in establishing itself as a multifaceted producer of smartwatches. They now provide a health line of products designed for people interested in fitness and include serious runners and people who enjoy being outdoors.

The announcement of today’s launch comes with some news on other products. Additionally, the business has introduced the Vantage V2 Shift Edition, which can be purchased for $550 and comes in either black or silver. Both come with a water-resistant FKM bracelet in addition to the previously described perforated leather wristband. Simply put, these are merely some aesthetic improvements made over the first generation of the Vantage V2. A brand new Red edition of the product is also available from the company, and it comes packaged with an H10 heart rate strap. Teal and Red are two of the additional hues that have been added to the Polar Unite palette.

In the latter half of this year, Polar will roll out a software update for its previously released watches, such as the Unite and the Vantage V2. The first one receives several always-on dashboard elements, new route and elevation profiling, and the ability to use the new TrackBack function to return back to the beginning of the ride. The Polar Unite will soon provide weekly training statistics, information about energy sources, and a heart rate sensor mode. In addition to that, it will be able to transmit the user’s heart rate.