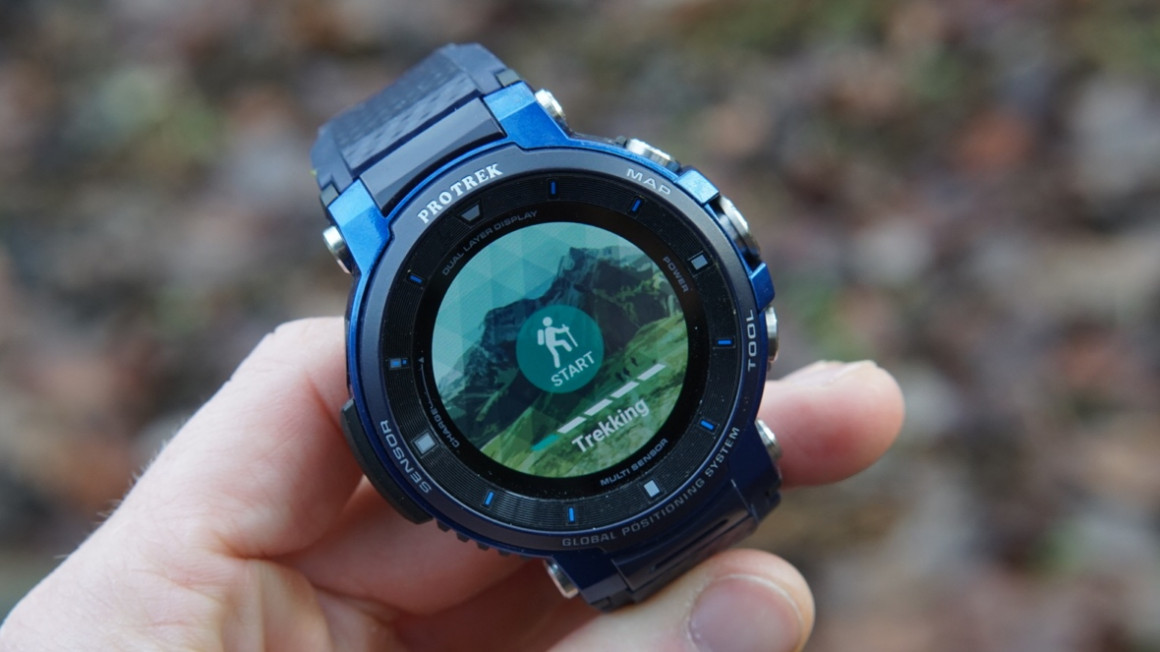 Casio made the WSD-F30, a new addition to its PRO TREK series, official during IFA 2018, which took place in September. In addition to a variety of brand-new functions and a mode that preserves battery life for longer, it also has some design improvements. Last but not least, the wristwatch may now be purchased on the Casio website.

The PRO TREK Smart line from Casio is composed of hardy Smartwatches that are meant for people who enjoy being outside. The WSD-F10 was the first watch that was released as part of this collection. It was first made available to the public in 2016, and the WSD-F20 came out the following year, in 2017.

This time around, the business is bringing the series up to date with the most recent installment. The offline map functionality, which Casio refers to as Extend Mode, is the most significant addition to the product. In this mode, GPS logging can be utilized for up to three days (8 hours each day) on a single charge. The display on the watch will automatically turn to black and white in order to save power, but it will allow you to view full-color maps at the touch of a button.

The user can save even more energy by programming the operating system to enter a standby mode according to a timetable that the user has chosen. The battery life of the Pro Trek WSD-F30 smartwatch is only around a day and a half when it is used normally and when all of the capabilities of the smartwatch are activated.

Last but not least, there is a mode called Multi Timepiece Mode that you can activate in order to save even more battery life. This causes the smartphone’s alerts, GPS, and color display to be turned off, leaving you with only the monochrome screen to rely on. According to Casio, this will increase the battery life to approximately one month, making it comparable to its predecessor.

Alterations have also been made to the overall design. The WSD-F30 comes with an improved dual-layer OLED display that displays everything in far more detail and enables users to toggle between monochrome and color displays. The face of the watch now displays not only the time but also the air pressure and altitude, as well as the compass bearing.

Casio has reduced the thickness of the case by 0.4 millimeters, although the watch is still somewhat bulky. In addition to this, the device is narrower by 3.9 millimeters than its predecessor. Bear in mind that, given that this is a tough watch designed for hiking, there is no way that it will ever be thin and understated.

Casio has announced various app collaboration opportunities that are geared toward individuals who live an active and outdoor lifestyle. This includes the Bikemap app, which gives users the ability to download maps and routes and access them directly from their wrists even when they are not connected to the internet. Also included are the ViewRanger app for mapping, as well as Hole19, Glassy, Fishbrain, and MySwimPro.

There are currently a variety of three color options available for the WSD-F30: black, blue, and orange. It may be purchased for $550 on Casio’s official website. You may check the price on Amazon by clicking here.