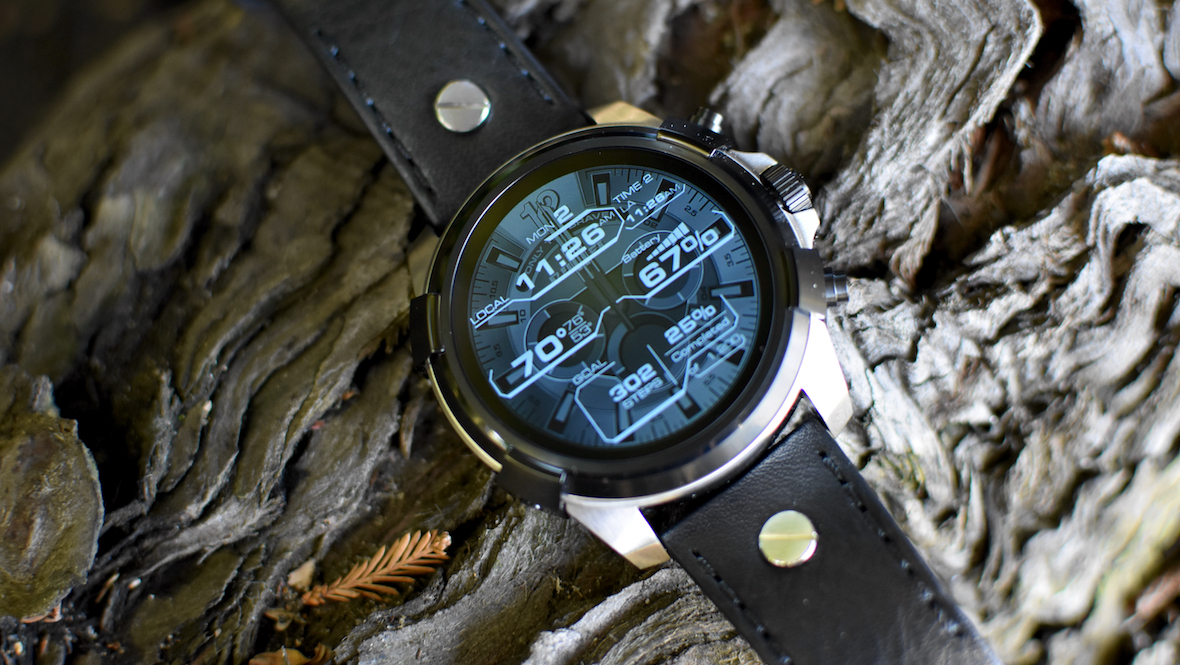 The Diesel On Full Guard 2.5 is not a smartwatch that would be suitable for everyone. It is designed for the self-assured man who is not afraid to stand out from the crowd and make a statement, as seen by its striking appearance and extensive feature set.

This wearable, which is large and cumbersome, was designed for people who like Diesel’s imposing sense of style and desire a multitude of technological capabilities. These features include the possibility to use Google Pay as well as pretty accurate fitness monitoring functions.

To begin, the Diesel On Full Guard 2.5 is an enhanced version of the original Diesel On Full Guard. The majority of its predecessor’s features are carried over into this model, however, it does have some significant upgrades, most notably an integrated GPS. In addition to this, you will have access to Wi-Fi, and you will be capable of using Google Pay to conduct contactless purchases.

The Diesel On Full Guard 2.5 was released in 2018, and while it won’t blow your mind with its responsiveness, it does a good job overall and has all of the smart functionalities that you would anticipate from a stylish wristwatch.

In terms of day-to-day efficiency, while being powered by the Qualcomm Snapdragon Wear 2100 processor, it seems a touch sluggish but is still capable of easily completing the majority of activities. Although its speed definitely won’t blow your mind, it’s really simple and straightforward to operate.

It displays alerts on your wrist, much like the majority of other smartwatches on the market today. It utilises the Wear OS and is suitable for both Android and iOS devices, including iPhones. Bluetooth, Wi-Fi, and Near Field Communication (NFC) are the three types of wireless connectivity that are included. Google Pay enables contactless payments.

Since the watch does not come in an LTE version, however, you will need to keep it in close proximity to your phone in order to receive alerts and other information of this nature.

The distinctive Diesel lines are preserved in the On Full Guard 2.5. Therefore, there is nothing else on the market that is quite like it, which is wonderful news for those of you who are seeking something unusual. It has a classic analogue dial, complete with hands and hour markers, so it doesn’t appear anything like a smartwatch at all.

Because of its size and weight, it is not suitable for people who have smaller wrists and are looking for a more covert gadget. However, the appearance of the round display is improved by a substantial bezel and three functional buttons that are very simple to operate. You can easily move through the interface and access the different applications thanks to the three buttons, and the instructions may be customised to meet your specific requirements.

You are able to personalise the appearance by choosing from a selection of straps and colours. You may select between leather, cloth, or metal straps at an extra cost, but the basic model already comes with a silicone strap that conforms to the shape of your wrist and feels almost like a second skin.

The Diesel On Full Guard 2.5, which is produced by Fossil like the majority of trendy smartwatches, is not the most precise fitness tracker available. However, due to its size, the watch may be a little unpleasant to wear when you are doing out. However, Google Fit will track all of your activities.

The watch is water-resistant up to 5 ATMs and is equipped with a variety of helpful health functions. While the built-in GPS allows for precise tracking of your pace and mileage, the heart rate monitor assists you in ensuring that those pesky calories are being burned off as effectively as possible.

Even if it does not provide a large number of profiles for many sports or extremely thorough data, this fitness tracker is nevertheless useful.

Not only is the Diesel On Full Guard 2.5 not the ideal smartwatch for everybody, but it also was not designed to appeal to everyone. If the appearance of the wearable is more important to you than its functionality and you are willing to tolerate a battery life that is less than impressive, then you will most likely be pleased with this product.

The Puma Smartwatch or even the most recent iteration of the Diesel On Axial would unquestionably be a superior option if the performance level is a priority for you.