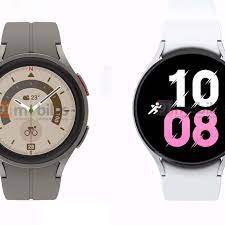 During Samsung’s MWC 2021 virtual presentation a couple of hours ago, the company dashed expectations of an impending debut of the Galaxy Watch 4. Instead, the business took advantage of the situation to provide a sneak peek at the next operating system it is developing in collaboration with Google.

Several leaks have occurred in the week leading up to the gathering. These renders, of which it has been asserted that they are an authentic portrayal of the future Galaxy Watch, are included here.

However, Samsung has made its position quite clear as of today. The next iteration of the Galaxy Watch won’t be available until later in the summer, during the Unpacked event. The business has not officially announced it, but widespread speculation is that the Galaxy Unpacked event will take place on August 3rd.

Even though the watch has not yet been released to the public, Samsung has utilized it today to provide additional information regarding the operating system that it will be based on. This will be a mixture of a few different things.

This will be the new software the corporation is working on in conjunction with Google, as has been extensively reported recently. It will combine the advantages of the two different wearable platforms into a single, unified one. The relationship between the two companies dates back quite some time.

It is also anticipated that Fitbit will contribute. However, the wearable maker was not mentioned throughout the presentation that took place today, which I found rather odd.

The important information to take away from this is that Samsung will be layering its own One UI on top of Google’s Wear OS. This indicates that its user interface will be superimposed atop the newly developed operating system. This user interface is already present on its various mobile devices, particularly its smartphones. This is to create a more cohesive experience between using a Samsung smartphone and a smartwatch.

During the presentation, it was disclosed that the operating system on which the Galaxy Watch 4 would run is designed to achieve the highest possible level of performance. Increasing our reactivity is a component of our strategy. According to Samsung, programs will load and start up thirty percent more quickly.

Longer battery life is anticipated to be included in the package, in addition to sensor technology that is more accurate and consistent. Cores with a smaller footprint and reduced power consumption will make the latter possible.

As was to be predicted, there will be a significantly improved ecosystem of app developers. Users will have direct access to the Google Play store on their watches, allowing them to browse, download, and install Android applications.

This will significantly increase the number of applications from which you can select one. Some of them will be capable of connecting to the internet even without a phone. This is made possible by the support for eSim, which is currently being extended to a greater number of carriers.

In addition to that, Samsung has stated that it will make its watch-face tool accessible to Android developers. Later on in this year, this will take place. Additionally, there will be improved integration with each and every Android phone.

Alternate enhancements can also be anticipated in this regard. As an illustration, the presentation from today demonstrated how, shortly, smartphone applications installed on Galaxy phones would be compatible with Galaxy watches. If there is a watch app that corresponds to it, then that will take place automatically.

The same holds for configuring things like time zones and prohibited numbers on mobile devices, for example. The modifications will be synchronized instantly with the watch. So you may anticipate a more intimate connection between the Galaxy Watch and smartphones.

The Galaxy Watch 4 will be the first wearable to run on the new operating system after it is released. Although Samsung did not specifically announce it, many people believe that it will be the company’s next smartwatch.

The situation is not looking good for those who already own a Samsung watch. They are not going to use the newest software. On the other hand, Samsung has stated that it will keep providing software support for the existing platform for an additional three years. The link that is provided below will take you to a recording of the whole presentation that was given.