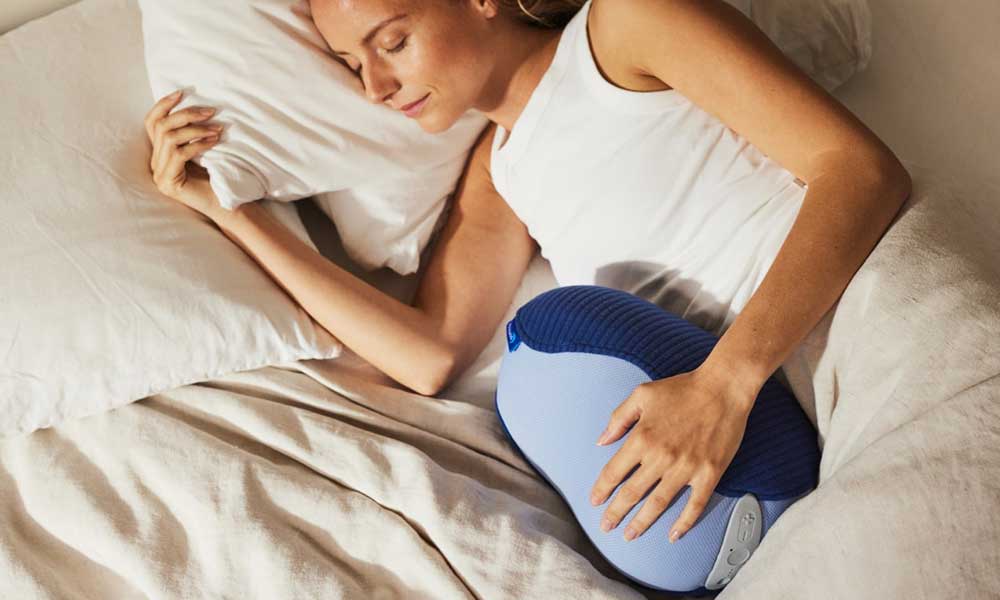 If you’ve ever spent the night tossing and turning, you already know that the next day you’ll wake up feeling foggy and exhausted. It becomes a significant issue if this continues to take place night after night. About one person out of every five struggles with insufficient sleep, which, over time, throws off their body’s internal clock and disrupts their ability to function normally. According to estimates, 80 million people all over the world are said to suffer from insomnia.

The Dutch start-up Somnox has developed the first sleep robot in the world, and they want to help you use it to obtain a better night’s sleep. It is designed to aid your sleep by assisting you in regulating your breathing and delivering calming “pillow talk.” It is crafted from pleasant fabric that can be washed, and it is machine washable. “Help 100,000 people attain a decent night’s rest by the year 2025,” is the aim that the group of twelve people has set for themselves.

The fact that this apparatus can mimic human breathing is the most significant innovation that it possesses. Users are supposed to sense rising and falling feelings when they embrace the robot pillow shaped like a peanut, which will, in turn, encourage them to alter their breathing rhythms to match those of the robot. This is all supposed to be accomplished by hugging the robot pillow. The ability of slow breathing to assist the body in naturally reducing tension and improving relaxation has been demonstrated by a large body of research. When it came to assisting people who have problems falling asleep as a result of tension or anxiety, Somnox’s device was shown to be particularly helpful during the early stages of the company’s testing of the product.

Julian Jagtenberg, one of the co-founders of Somnox, believes that the company’s employees have had “personal exposure to the impacts of sleep deprivation.”

That is the motivation for the creation of Somnox. Instead of turning to potentially addictive medications, we wanted to provide an all-natural alternative for enhancing sleep quality.

The device emits sounds, which has the additional effect of calming both the body and the mind. This might be anything from the sounds of heartbeats to guided meditation, or it could even be lullabies! The companion app for iOS and Android mobile devices allows users to customize their experience to their liking.

Even though it’s a little bit on the expensive side, the device is doing quite well on Kickstarter. It still has 10 days left, but it has already surpassed its €100,000 objective, and delivery is likely to take place in the summer. The Somnox sleep robot, a washable sleeve, and the mobile application that goes along with it are all included in the bundle.

The price starts at 449 euros.