The Vive Tennis Robot Ball Retriever is a device that, as its name suggests, retrieves tennis balls 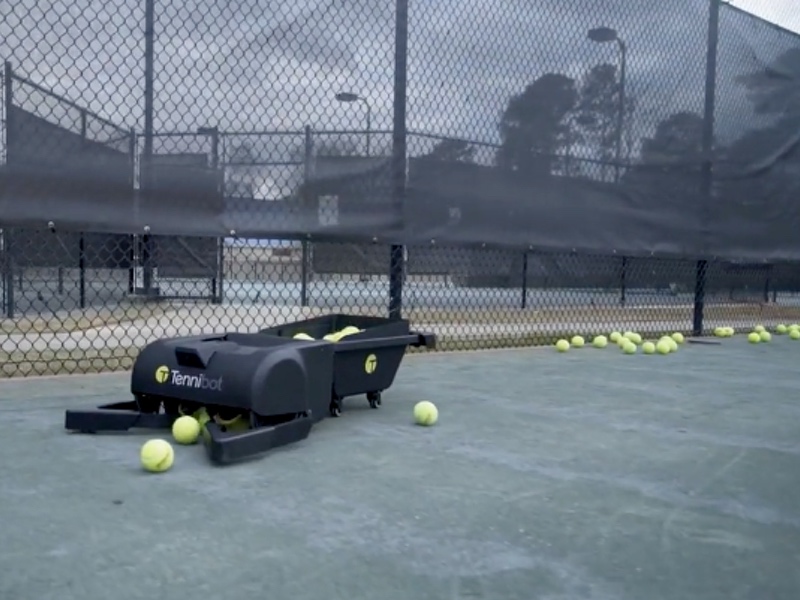 A wide variety of high-tech tennis equipment is available, including connected tennis rackets, wristbands that collect statistics, and even a robot that picks up tennis balls. Now there is a new and improved version of something that can gather tennis balls for you so that you don’t have to do it.

The Vive Tennis Robot Ball Retriever, which has been developing for nearly two years, has recently gone live on Indiegogo. The widget’s primary function is to perform the duties of a ballboy during a tennis match.

Proceed with the game as you normally would. Vive waits calmly on the sidelines next to the net with his arms crossed. It monitors the action by utilizing a specialized tracking device to determine when a ball is no longer considered in play. It will then spring into action, retrieve the ball, and return it to you at the baseline at that precise moment.

As was previously said, this is not the first robot designed to retrieve tennis balls. A while ago, we published an article discussing a different crowdfunded technology known as Tennibot. However, this one is significantly larger than the others. Since it can collect several balls at once, it is more suitable for use during practice than during actual competition. Tennibot was revealed to the public in 2018. It has not yet been brought into the public eye, much to the disappointment of those who supported it.

With any luck, the time spent waiting won’t be as long while using the Vive Tennis Robot Ball Retriever. The business anticipates that it will begin distributing products beginning in April of 2022. Assuming it can raise the required $100,000, it will be able to finish designing and manufacturing the product. Because the product was only recently placed on Indiegogo, it is still very early to tell whether or not the project will meet with financing success.

The gadget’s high cost is the unfortunate aspect of the story. A contribution of $499 is needed to have one of these delivered to your home in the spring of next year. This is a reduction from the retail price of $799 that it will have once it is released to the public.

With such a high price point, we aren’t exactly sure how successful the company will be in the long run—especially considering that projects funded through crowdsourcing include a significant amount of risk for investors who are ready to take the plunge. At the end of the day, there are no assurances that they will, in fact, get anything. There are innumerable examples of businesses that have made promises on Kickstarter and Indiegogo but did not follow through with those commitments.

Vive is equipped with a collapsible motorized camera, a three-axis accelerometer/gyroscope, and two brushless motors for driving. Additionally, it can keep an eye on the tennis balls. A single charge of the rechargeable battery provides enough power for an entire day of gameplay.

In addition to this, the robot comes with a small bracelet that can be used to power it on and off. It is also possible to program it to pick up tennis balls that are on your side of the court. Let your competitor worry about their own issues!

This appears to be a device worth looking into because it can reach speeds of up to 2.1 meters per second. The concept is really appealing to us. However, it might not be easy to make a sale at that price point.