The Xiaomi Mi Band X, which will purportedly have a wraparound display and launch in 2022 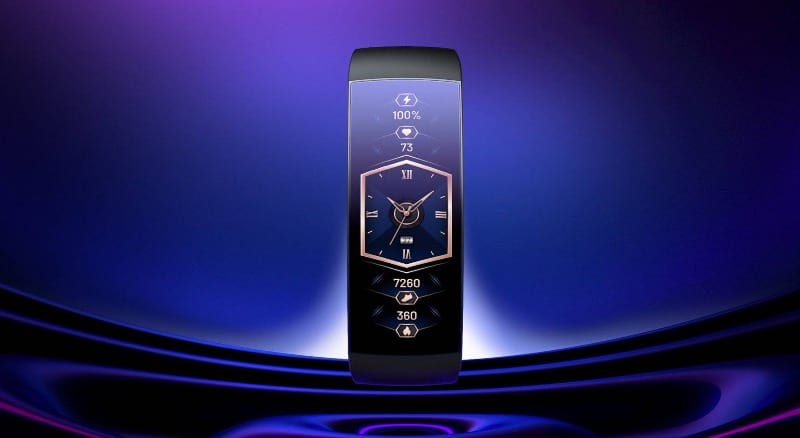 It has been said that Chinese tech giant Xiaomi is developing a wearable fitness device that has a wraparound display. Dubbed Mi Band X, it could ship in 2022.

Images from the next device’s internal presentation have been leaked, according to reports coming out of Russia (via NotebookCheck). One of the attendees snapped a photo of one of the slides and uploaded it to the website. It seems to be a private gathering with a limited number of attendees, so we are unsure how they were able to carry out these activities without being discovered.

The Chinese language has been translated into English using a machine, and the translation says, “360 flexible scroll screen without a strap.” It is anticipated that the gadget will be very light and exceedingly thin, and it will have an obsidian hue. Everything will be kept in place by a magnetic bracelet buckle, which, in all honesty, is all that is required in light of the fact that the display goes all the way around.

The Xiaomi Mi Band X has been compared to the Nubia Alpha Watch in the press. However, we believe that the Amazfit X is a more appropriate comparison. Especially when one considers that Huami, also known as Zepp Health outside of China, is the company that manufactures both the Amazfit and the Mi Band devices.

To refresh your memory, the Amazfit X saw tremendous success during its campaign on Indiegogo, which resulted in the raising of more than two million dollars. The stunningly curved 2.07-inch display gives the wearable device an appearance that is decades ahead of its time. The display has a 326 PPI high-definition resolution, excellent colour saturation at 100 per cent NTSC, and a brightness of up to 430 nits.

When it comes to features, you receive the full range that is supplied by devices branded with the Amazfit name, including their own operating system. This gadget monitors your movement, workouts, heart rate, sleep, and blood oxygen saturation to provide information about your health and activity levels.

Although all of this makes sense in an academic setting, funders of the project on Indiegogo have provided conflicting feedback on the gadget. There have been reports that the Amazfit X has problems with battery depletion, inaccuracies in fitness monitoring, and problems with GPS tracking. We have not put it through any kinds of tests just yet, but we plan to in the not-too-distant future.

Since we don’t have many facts regarding the Xiaomi Mi Band X just yet, it’s possible that it’s too soon to talk about when it could be released. Especially considering that there is neither an actual list of technical specifications nor an image of the goods.

Since this is the case, it is exceedingly doubtful that we will see the Mi Band X until far into the year 2022. The fact that Xiaomi will be able to draw on Huami’s expertise with the Amazfit X is something that works in the company’s favour.