There are three unavoidable effects that workplace wearables have 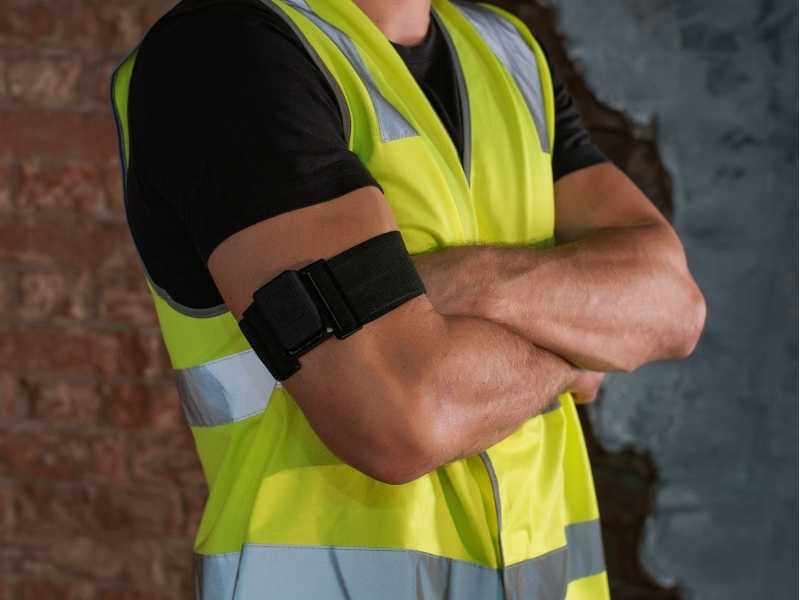 Having an impact, keeping track of, and improving productivity

Wearables will be required by companies and will be compensated for.

In the most recent years, one technological innovation after another has made its way into the modern workplace. A little more than half a decade ago, the phrase “bring your own device” was commonplace. Soon, you’ll be required to carry and use your own gadget.

The revolution in wearable technology, which was first focused on the monitoring of health and fitness, has now spread to a variety of other businesses. For instance, only lately, Adobe mentioned how wearables have the potential to shake up the tourism business. In the meanwhile, Adobe’s predictions for travel are already beginning to be realised in the workplace.

Wearable technologies are rapidly becoming more accessible, and as a result, they will unavoidably have an effect on businesses and the way they conduct daily operations.

The professional services company PwC investigated “connected life in a wearable world” as part of its Consumer Intelligence Series. This investigation included a deep dive into consumer insights, use patterns, and impressions related to wearable devices. It shouldn’t come as a surprise that respondents’ top motivation for using such gadgets is to improve their health and fitness, yet they still stated this as their primary reason.

This line of thinking also had substantial repercussions on the ways in which businesses helped their employees achieve a healthy work-life balance.

The PwC study detailed an instance in which a technology business granted a subsidy to its employees that covered the cost of a wristwatch. The wristwatch that the employees of the firm wear may be used to keep a record of their activities and convert those records into points that can be redeemed for goods or given to charitable organisations.

It’s the perfect illustration of how wearables in the workplace can benefit both the business and the individual. In the example given above, the firm was able to translate its investment in smartwatches into lower expenditures for staff health care, less time off spent on sick days, and even an increase in productivity. On the other side, the employees had a higher level of motivation and an improved method to monitor their health and fitness while simultaneously rewarding themselves with items or contributing to a charitable organisation.

Having an impact, keeping track of, and improving productivity

The same PwC survey found that the majority of respondents desired to have wearable technology at work, and their top goal was to become more productive. Wearable technologies provide undeniable advantages for businesses. For instance, these devices may be used to monitor the activities of employees and record the amount of time they spend on specific tasks.

This comes in quite helpful in situations where employees are required to work from home. The ongoing epidemic caused by the coronavirus is not only altering the way we live but also the manner in which we perform our jobs. You shouldn’t be shocked if, in the not too distant future, more organisations decide to let more of their employees work from home. Because it allows for remote monitoring of employees, wearable technology might be considerably more helpful in this scenario than it now is.

Volkswagen developed a cutting-edge use of wearable technology with the goal of significantly boosting the efficiency of their employees. In 2015, during a trial period of three months at one of their operations, they made the use of 3D head-mounted displays a normal piece of equipment for the employees who worked there. The personnel working on the shop floor got all of the information that they need in their lines of sight, such as parts and components and storage locations, through the glasses that they wore.

Indeed, there are a variety of ways in which an organisation may profit from adopting the wearable technology trend; these ways vary based on the specific wearable issue as well as the nature of the job being performed. The best thing is that wearable technology, as well as the suppliers that offer it to businesses as part of their business strategy, does not come at a prohibitive cost.

Since we are now discussing costs, it is time to move on to the ultimate and unavoidable impact that wearable technology in the workplace will have on companies in the present day.

Wearables will be required by companies and will be compensated for.

According to a prediction made by Gartner in 2015, a number of businesses will start mandating that their staff members wear health and fitness tracking gadgets. According to research that was published not too long ago by Gartner, around two million workers will be required to have wearable technology.

Naturally, the research and consultancy business qualified its projection by stating that the bulk of these two million workers will be professionals working in positions that are either hazardous to their health or physically taxing on their bodies. It is to say, first responders, paramedics, and firemen, amongst others – and that makes sense, given that wearable technology may assist in monitoring heart rates, breathing rates, and general stress levels for the employees’ own protection. According to Gartner, important professional categories, such as airline pilots, industrial employees, and political leaders, would all benefit from wearable technology.

According to the PwC research on wearables, the majority of respondents (67 per cent) anticipate that their employer would pay for the technology, despite the fact that respondents desire wearable technology in their workplaces. When we take this idea and develop it further, it becomes quite easy to observe in what way the trend is moving. The following are some of the benefits that are readily apparent to organisations:

Smartwatches are well on their way toward becoming a standard issue for employees, which means that their companies will expect them to use them and pay for them. This is because the benefits of using wearables are readily apparent.

And it all started because customers wanted to be able to keep track of how many steps they’d done. In point of fact, the majority of this is still being driven by the manner in which wearables encourage healthier lifestyles in general. The fact that wearable technology contributes to the promotion of healthier and more fulfilling lifestyles is reason enough for businesses to give serious consideration to the question of how they might integrate wearable technology into their day-to-day operations.