This is a list of watches that have been verified to run Wear OS 3.0 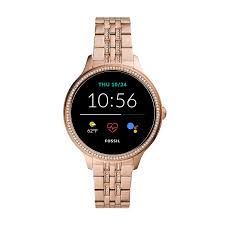 What exactly is the new Google Wear OS version 3.0

When Wear OS 3.0 is released, which watches will be compatible with it

Now, thanks to Google, the uncertainty has been cleared up. Or has it

In the previous year, there was some uncertainty over the types of hardware that would be compatible with Wear OS 3.0. Several months have passed following the first statement, and Google and the various manufacturers have been gradually elaborating on their plans to clarify the issue.

It was interesting to note the nuances in the phrase. According to the statement, the two parties are “working” on adapting the operating system so that it may run on 4100 platforms. However, the only additional information provided was that 3100s are “capable of supporting” it.

In July, a post on the official Google site named the watches that might be able to run the platform. For more accuracy, it specified the “qualified for update devices.”

What exactly is the new Google Wear OS version 3.0

You probably already know about Google’s ambitions for its own operating system unless you’ve been hiding out under a rock for the past little while. It has partnered with Samsung and Fitbit to develop an updated and enhanced version of Wear OS 3.0.

This is scheduled to be released as a finished product by the end of this year, and it is anticipated that it will fix some of the issues that are frequently experienced by watches that operate on the platform. The slow performance, the limited battery life, and the health and fitness tracking that does not live up to expectations should be at the top of this list.

There is high anticipation that Wear OS 3.0 will prove to be a formidable competitor to the dreaded Apple WatchOS. It is going to be the most significant update to Wear OS in quite some time.

When Wear OS 3.0 is released, which watches will be compatible with it

After the first introduction of Wear OS 3.0, it was not quite obvious which devices would be compatible with the new operating system. As a result of Qualcomm’s comment, some confusion has been cleared up, and we now have a better idea of which watches could be able to run the operating system technology.

However, this does not imply that all watches equipped with a Snapdragon Wear 3100, 4100+, or 4100 will be able to do so. For instance, Fossil has indicated that only its Gen 6 watches would be able to take advantage of the new Wear OS, while earlier devices will not. At the very least, Qualcomm’s announcement provides confirmation that the system can be used without the need for new hardware.

Now, thanks to Google, the uncertainty has been cleared up. Or has it

If you want to install WearOS 3.0, Google advises that you will need to “update and reset your smartwatch to the way it was when you originally got it,” which is the same as saying that you will need to return it to its factory settings. After that, it notes that as a result of this, it’s possible that some users won’t want to upgrade. Because of this, it will only provide the updated operating system to users who specifically request it.

The search giant also notes that users who possess compatible devices but do not choose to upgrade will continue to receive software and security updates for a period of at least two years regardless of their decision (from device launch). Those individuals who do not possess qualifying equipment are subject to the same requirements.

Concerning the time frame in which this would take place, the search giant has stated that it anticipates companies will begin rolling out the upgrade to devices that are eligible in the “mid to second half of 2022.” This came as a bit of a surprise because everyone believed that it would take place earlier.

The Samsung Galaxy Watch 4 is the one and only exception to this rule. It operates on a platform that is fused. To be more specific, the Wear OS 3.0 is covered with something called the One UI Watch skin. The goal is to achieve an experience that is equivalent to having the well-known look and feel of Samsung’s software while also enjoying the advantages that come with using the Google Play Store.

However, what about products from other brands? In 2022, which of their gadgets will have the capability to operate the platform? The following names are currently confirmed for inclusion on the list:

Brands such as Suunto and Montblanc and a few others are conspicuously absent from this list. There has been no communication from them as of yet.