Today marks the official release of the Huawei Talkband B6, which features an expanded display and SpO2 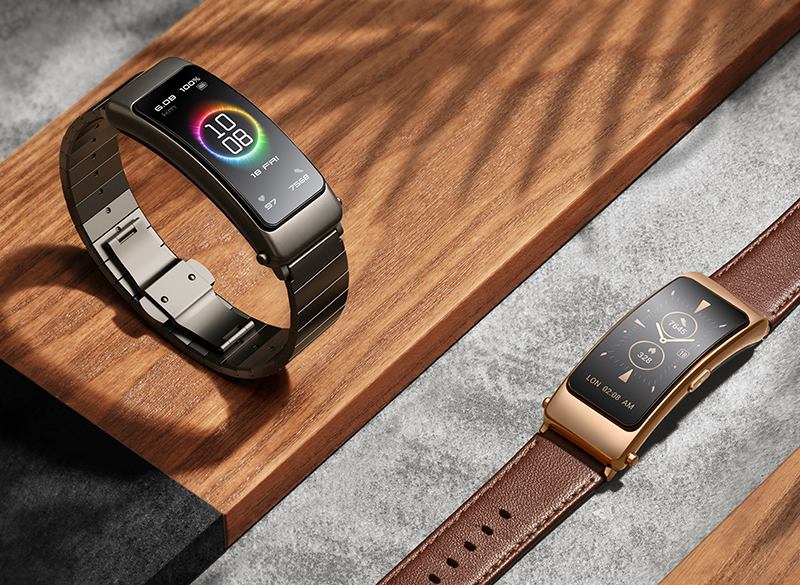 The Huawei Talkband B6 is now available for purchase. It has a bigger display and a SpO2 sensor, both of which are improvements in the construction of its predecessor.

The combination of a fitness tracker and headphones has been through a few different incarnations at this point, and it is quite an unusual device. The Talkband B5 from 2018 served as the predecessor to this model. Because Huawei believes in superstition, they skipped version 4.

The wearable is a device that consists of a Bluetooth device that is discretely concealed within a fitness band. The concept here is that you want something which will make it simple for you to place phone calls even when you are moving around a lot. If for no other reason, Huawei should absolutely be rewarded with brownie points for their creative approach.

The Talkband B5 was equipped with a 1.13-inch AMOLED display that had 2.5D curved glass with a resolution of 300 x 160 pixels. The display may be removed from the band by utilising the fast release button in a very straightforward manner. This is the component of the wearable device that may be detached and used as a Bluetooth accessory for a single ear.

The new B6 retains a similar overall appearance to its predecessor. However, this time around, the screen is significantly bigger, clocking in at 1.53 inches (an area increase of 50 per cent), and featuring a resolution of 460 x 188 pixels and a pixel density of 326 PPI. It looks more expensive than other options and boasts anti-glare glass.

A voice assistant, a remote camera capability, real-time movement detection, normal fitness sensors, and some Firstbeat statistics are included in the wearable. Support for SpO2 (blood oxygen monitoring), which is something its predecessor does not have, is the exciting development here. A female cycle management system, detection of arrhythmia, and a grasp of the hazards associated with sleep and respiration are also included.

There are a total of nine different sports modes available, each with its own set of activity data. Due to the B6’s low level of water resistance (IP57), aquatic activities are not included in this list. It is merely water-resistant to splashes.

A Kirin A1 processor, which delivers Bluetooth 5.2, can be found below the hood of the device. This is a vital feature for anything that also functions as a headset. This guarantees that the audio is clear, that the power management unit is autonomous, and that the application processor uses very little power. In addition, there is 1 GB of random access memory (RAM) and 16 GB of storage capacity within.

The TalkBand B6 has a battery life that can last for up to 3 days of regular use or 8 hours of conversation time, whichever comes first. There is a battery with a capacity of 120 mAh onboard. Because of the rapid-charging technology known as 3C, a short top-off that lasts only ten minutes is sufficient for four hours of discussion.

The first day of sales is today, with the first day of real availability being August 6th. There has been no announcement regarding a planned worldwide rollout.