Top 5 Running Apps That Are Compatible With Your Smartwatch 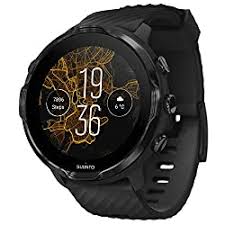 Because they come equipped with their own sensors, smartwatches are ideal for tracking a runner’s performance over both the short and the long term. Tracking your distance traveled, your speed and pace, the number of steps you take, your heart rate, and the number of calories you burn are possible. This data is saved when coupled with running programs that are compatible with a smartwatch, allowing you to analyze it after your workout has finished.

The vast majority of apps may be downloaded on either Android or iOS. They range from those requiring technical skill to those almost like games and are designed to get people moving more. In either case, there is a combination of a smartwatch and an app that will assist you in achieving your objectives.

Let’s have a look at the top five applications now operating.

This is one of the greatest running apps on the market, and it is free to download on both Android and iOS. It comes with some interesting interactive apps. In addition to the conventional function of monitoring one’s jogging speed, they introduce an element of rivalry through various gaming aspects.

The application keeps track of the user’s speed, distance traveled, and the amount of time spent doing so and creates a map. This information is tremendously helpful, and it is added to a leaderboard as it is gathered. You may keep tabs on your accomplishments in addition to taking part in competitions. In addition to that, add a touch of excitement to the situation by competing against your pals.

The fact that the Strava app is compatible with an infinite number of different smartwatches is the feature that stands out the most. This includes WearOS as well as the many iterations of the Apple Watch.

Users of both Android and iOS can download and utilize the Adidas Runtastic app. It is an all-in-one running app that charts out your workouts and provides a variety of running metrics that can be analyzed. It will give you your time, speed, and distance while also providing you with a personalized coach who will motivate you and inspire you to make improvements.

A dashboard allows for the display of information to be customized, while community features motivate users to meet their challenges and achieve their goals. It is possible to upgrade to a premium version of the software for a fee, which brings additional features such as route planning, training plans, interval training, and so on.

Fans of Nike were disappointed to learn that the FuelBand will no longer be manufactured, but the brand did not give up on runners entirely. Your run may be easily tracked using the convenient and free Nike Run Club app. The device can play music and has functions for social networking; it is designed for runners of varying abilities. It is compatible with a wide variety of smartwatch brands, including Garmin and Polar, amongst others.

Metrics including distance, pace, and mile splits are accessible within the Nike Run Club app, which can be downloaded for free on Android and iOS devices. A coaching tool allows you to tailor workout plans to your specific fitness objectives and monitor your progress based on those plans. After your session, you will be able to analyze your data, share it with others, and compare it with theirs by uploading images, statistics, and emoticons. Even an attractive feature allows you to hear audio cheering from your fellow participants.

It’s possible that Spotify isn’t the first thing that comes to mind when you’re looking for a running app, but the popular music streaming service does offer a useful running feature for mobile devices. It will use the sensors on your phone to monitor your pace and tempo, and then it will use that information to play the music that matches your pace and tempo. This will help you stay focused on your run. It is accessible to users of both iOS and Android operating systems.

Depending on the smartwatch you have, you might be required to have a Spotify premium membership to access your music. This application is available for download on Apple Watches, and some Samsung watches, Garmin watches, and other WatchOS-compatible devices. In place of a full app, certain gadgets provide something that is analogous to remote control.

The application will broadcast guided workouts directly to your wrist, and you will be able to modify them so that they better align with your fitness objectives. It is also free, but the features on this edition are quite fundamental when compared to the premium version, which costs $39.99 a year.

The application itself is available for download from the App Store, Google Play, and the Microsoft Store. It will operate on most devices and platforms. Still, it functions best when paired with a Fitbit, specifically the Fitbit Ionic, Versa, and Versa 3, all of which have access to individualized exercises.

Users of Apple Watch, Garmin, and Samsung smartwatches will have the most difficult time selecting the appropriate application to monitor their pace, distance traveled, number of calories burnt, plotted routes, and many other enticing possibilities.

There is a possibility that a smartwatch or fitness tracker is not required because compatibility between your app and smartphone will always be present. This is something that can be debated. Isn’t the purchase of a watch just an additional expense? However, if you wear a wristwatch on your wrist, you may have immediate access to the most critical info (or change the music to keep you on pace), and the ability to leave your phone behind means that you won’t be distracted or dragged down.