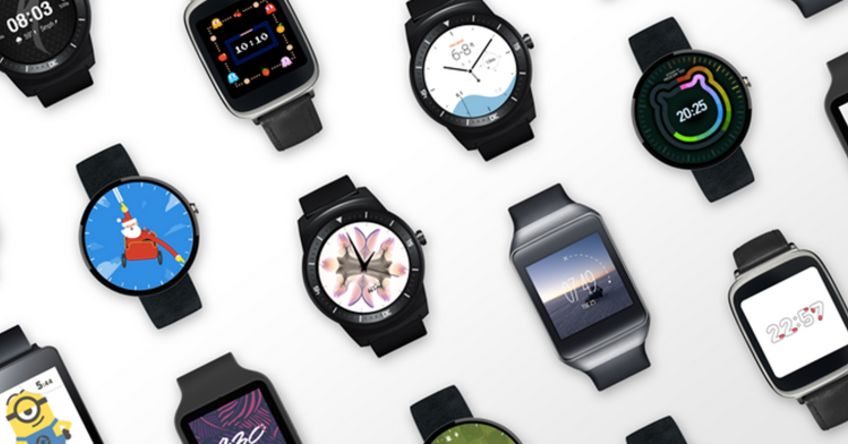 Best Android Smartwatches For Calling With Speaker And A Microphone

Today, we’ll concentrate on Android-compatible smartwatches that include a speaker and a microphone, allowing you to make and receive calls from your watch.

The majority of Android users want their smartwatches to be able to do more. If your smartwatch has a speaker and a microphone, you can also answer calls. That is truly something that one might require. You could call someone from your watch while also attending to any incoming calls. It’s difficult to say whether you need something like that in life, but once you have it, it’s difficult to remember a time when you didn’t.

Best Android Smartwatches For Calling With Speaker And A Microphone

This particular dimension has a plethora of options. To ensure that your experience is the best possible, we recommend that you choose smartwatches that use Wear OS.

Do not be confused by the new terminology; Wear OS was previously known as Android Wear. Wear OS was created by Google specifically for watches and other wearables, so it will naturally be better suited. Also, because Wear OS is based on Android, it is fully compatible with your Android smartphone. Google has once again outdone itself in the field of wearable technology. So it’s almost a no-brainer to go with smartwatches that run on the Wear OS. 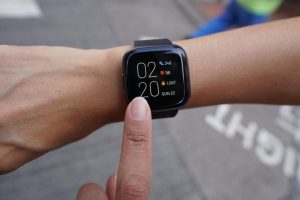 Fitbit Versa 2 is an excellent choice. It’s one of the few smartwatches on the list that doesn’t currently run on the Wear OS, but due to our faith in Fitbit, we recommend you go for this brilliant piece of technology. Fitbit Versa 2 is one of the best Fitbit watches, and it is also worth noting that Fitbit was purchased by Google.

As a result, it is only a matter of time before Fitbit OS is renamed Wear OS. The Fitbit Versa 2 includes a built-in speaker and microphone, allowing you to make calls as well as listen to music via music apps such as Spotify. It also has a high-end design that is perfectly suited to its purpose. The Fitbit Versa 2’s battery timing is fantastic. It can last for up to six days. It truly is a fantastic smartwatch. 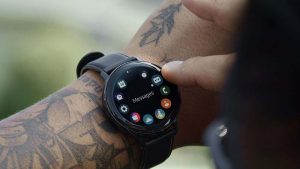 This is yet another smartwatch that lacks the Wear OS. It runs on the Tizen operating system, but this stainless steel smartwatch deserves to be on the list purely for its beautiful design and fantastic performance. The best part about this is that your phone can be more than 30 feet away from you and you will still be able to respond to calls.

The voice clarity is absolutely incredible. There is also the option to text via voice, and you can edit your responses via voice command. Samsung truly understands how to combine efficiency and style! It’s an even better option if you have a Samsung smartphone because you’ll be able to use all of the features. 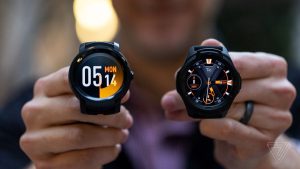 Mobvoi’s TicWatch series are smartwatches that don’t break the bank while still performing admirably. They are less expensive, but they also run on Wear OS. This is a significant advantage because it is ideal for use with a smartwatch. This contains a variety of options for you. They all have the option of a speaker and a microphone.

This enables you to both attend and make calls. It’s a great option to have, but there are other features to consider, which means you have a variety of TicWatch options to choose from.

The TicWatch S2 is primarily intended for people who are always on the go. This is an outdoor smartwatch designed for extreme conditions, and it is the ideal companion for you if you are the adventurous type.

This is most likely Mobvoi’s best smartwatch to date. It is a fantastic smartwatch for all types of people to use on a daily basis. You can wear it to work or at home, and it has a fantastic sleek design that is not only attractive but also extremely decent.

The TicWatch E2 is only intended for fitness enthusiasts. It is an excellent poolside companion as well as for other workouts. It is intended for users who lead an active lifestyle, and it meets all of their needs in the most efficient way possible. 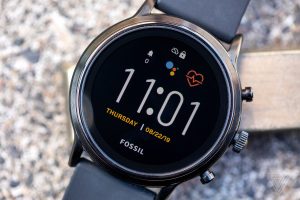 There are no functional differences between the two models; the distinction between them is solely based on color. The Julianna is available in a stylish rose gold color option, while the Carlyle is available in a smoky grey color option. This is to possibly provide an equal number of options to two distinct groups of consumers, as not everyone prefers a dull color and vice versa. They have a good connectivity range, allowing you to take and make calls.

As previously stated, the battery life is not particularly impressive. Unlike the other watches mentioned above, this one only has 24-hour battery life. So, if you want to make this a part of your daily routine, you’ll need to remember to charge it. The Wear OS works extremely well with it, and you will have no problems using it. It connects to your Android and fits perfectly. Regardless of the battery life, it is one of the best options to consider when looking for a watch that can take and make calls. 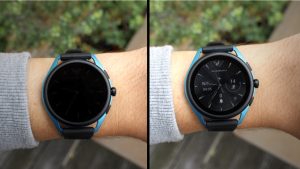 This is a stylish, high-end, and extremely functional watch. Unsurprisingly, the emphasis has been on style and fashion. Emporio Armani made sure not to go overboard with style and managed to pack a really smooth piece of technology in a simple and unisex model. It includes the Wear OS as well as a very good in-built speaker and microphone.

They work well with Google Assistant, and they can also help you take calls and listen to music. The battery timing is not as good as that of the Active2 or TicWatch, but it easily lasts more than a day. It also has 8GB of storage, which allows you to easily archive music, notifications, apps, and so on without slowing down your device. 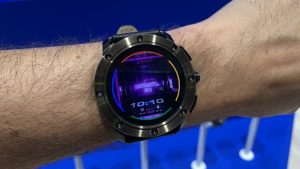 This is most likely the smartwatch that tries to do everything. That isn’t necessarily a bad thing, but it’s also not everyone’s cup of tea. It includes the Wear OS and, like the other watches on the list, the ability to call. To top it all off, it has a very masculine and rugged appearance. It is also quite large in size, so if you prefer larger smartwatches, you should definitely consider this. People with small wrists should turn away. It is, however, quite comfortable to wear if you have larger wrists, and it also has a sharp 1.28 inch 416 x 416 screen.

One of the most expensive smartwatches on the list is the Diesel On Axial. Its poor battery timing does not help its cause. It does, however, have a variety of customized battery-saving options that can help your smartwatch last longer than 1-1.5 days. There have been complaints that the Wear OS on the Diesel On Axial is a little sluggish, but the memorable design may just sway you in its favor.

There are numerous options to choose from, but it all comes down to personal preference. If you want something that will last longer, the Fitbit Versa 2 or the TicWatch are probably your best bets. Emporio Armani adds brand-conscious individuals to the mix. If you’re a Samsung user, the Active2 is the way to go, but if you’re more concerned with the design, the Diesel On Axial or even the Fossil Gen series are not bad bets!