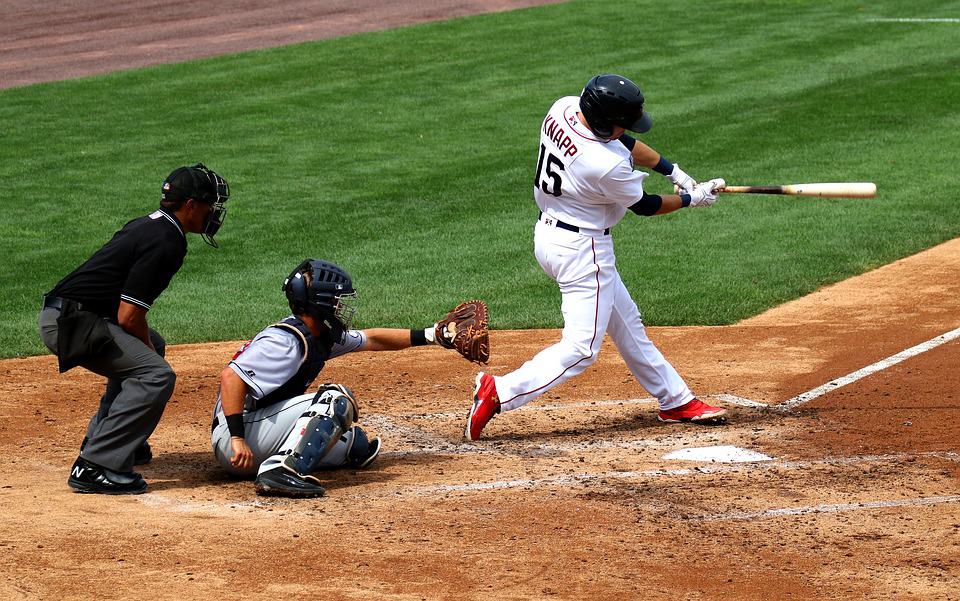 The SwingTracker from Diamond Kinetics

Impact Sensor from Garmin for Bats

The same tech that is permeating every aspect of our life is also rapidly becoming an essential component of competitive sports at both the amateur and professional levels. When everything is said and done, the easiest method for athletes to develop is for them to measure their performance and then build on either what is working well or what needs improvement.

Baseball, which is the most popular sport in the United States, is the same. Despite the fact that Major League Baseball (MLB) has a history for being averse to change, the organisation has started permitting players to wear gadgets like as the Whoop Strap, Zephyr Bioharness monitor, and Motus Baseball Sleeve. While some of these gadgets are designed to help with the avoidance of injuries, others provide coaches and trainers with an overall view into the performance of their athletes.

Even novices can participate in this activity. Even though baseball came to the party a little later than, say, jogging, tennis, or swimming, there is a large assortment of equipment that aims to elevate your performance in the sport to the next level. These items are called “gadgets.”

Simply take a few swings, and the 3-axis accelerometer and gyroscope contained within Zepp’s second generation tracker will immediately analyse areas in which you need to make improvements.

This gadget may be attached to the end of the bat and will track the following metrics: attack angle, vertical angle at impact, time to impact, maximum hand speed, and bat speed at contact. Each swing has the potential to be labelled with the sort of hit as well as the position, and then saved for later use. There is enough capacity available in the built-in internal storage for up to 2,000 strokes.

You have access to video and three-dimensional swing analysis, much like other gadgets on our list. In addition, a customised video training programme may be accessed via the accompanying smartphone app, which was developed in collaboration with MLB players and coaches.

Additionally, Zepp Technology has come out with a Smart Bat. This one-of-a-kind variant is constructed with a hole in the top of the knob that serves as a space for the tracking device.

The quarter-sized Motus Global Throw sensor captures throwing and hitting analytics, making it one of the very few gadgets that Major League Baseball has given its OK for in-game use. This gives athletes the ability to keep track of their exertion in order to avoid injury and enhance their performance.

You will be able to monitor your workload and UCL Stress, learn about Hot Hitting Zones and Cold Hitting Zones, and view interactive data trends. In addition to that, there is an interactive mode called Bullpen Mode that assesses accuracy and deceit while finding problems across all sorts of pitches. Players and coaches now have access to more detailed stats, video, and interactive tools, which enables them to personalise their training regimens and become more efficient than ever before.

Motus Throw and Motus Batting are the two different programmes that you have the option of downloading. Motus may be attached to a specially constructed lightweight compression sleeve so that it can be thrown. With the help of the mo.tus Clip Accessory, you’ll be able to swiftly and safely attach your mo.tus Sensor to virtually any type of batting glove, which is helpful if you want to keep track of your batting skills.

The SwingTracker from Diamond Kinetics

This device may be fastened to the butt of just about any kind of bat. From that point on, it gathers around 10,000 data points every second pertaining to the swing and immediately transmits those data points to the smartphone app that goes along with the SwingTracker.

Also, let’s not overlook the mode for recording videos. You can even compare the three-dimensional models of two different swings by stacking them one on top of the other or placing them side-by-side. Additionally, you can access training information and three-dimensional workouts to achieve your objectives.

The Blast baseball sensors is a motion capture gadget that has received extremely positive reviews and enjoys widespread usage. After you have it attached to the end of your bat, you may begin swinging. The sensor and software that goes along with it record video highlights, assist you in analysing your mechanics, and give workouts for improving your performance.

In order to provide players with meaningful analytics, Blast Baseball makes use of a mix of accelerometers, gyroscopes, and magnetometers. This covers the speed of the swing, the time it takes to reach contact, the direction of the swing, and its power. There is also a measure known as the “Blast Factor,” which is calculated by adding the swing’s efficiency and power, which are determined by the metrics of timing, spin, and velocity.

The Smart Footage Capture feature, which includes metric overlay and slow-motion video, gives you and your coach the ability to see identify areas in which you need to develop in order to become a better hitter overall who is also stronger and more efficient.

Impact Sensor from Garmin for Bats

Garmin is also joining in on the action and excitement. In addition to that, it features a sensor that may give you with a wealth of metrics and that can be attached to the butt of your bat by means of a flexible rubber attachment. This consists of the speed of the bat, the speed of the hand, the time to impact, the elevation angle, and the attack angle. You will just need to create a profile and connect your device before you can start playing.

The sunlight-visibility of the transflective memory-in-pixel (MIP) screen, which measures 128 by 128, is the primary innovation brought to this kind of electronic gadget. It measures 18.5 millimetres on each side and shows all of these statistics in real time.

Utilizing the companion smartphone app might help you improve your swing even further. In addition, it generates 3D swing trajectories and gives extra analyses. After each of your first three swings, you will also receive advice and practise exercises from PGA experts. Even footage of your swings that you’ve shot with the app may be analysed with it.

This baseball is an actual size and weight of a standard baseball and may be used as a training tool. It is one of a handful of speed monitoring balls that are now available on the market.

To use, just click the start button, then throw the ball, and the built-in LCD indicator will indicate your pitch speed as soon as the ball makes contact with the ground. Be careful not to think of this as a ball that you may play with, though. It is not intended to be used for hitting with a bat and should only be used for pitching and throwing practise.