Trolls on the Internet: The Types Of Trolling That You Will Find On The Network 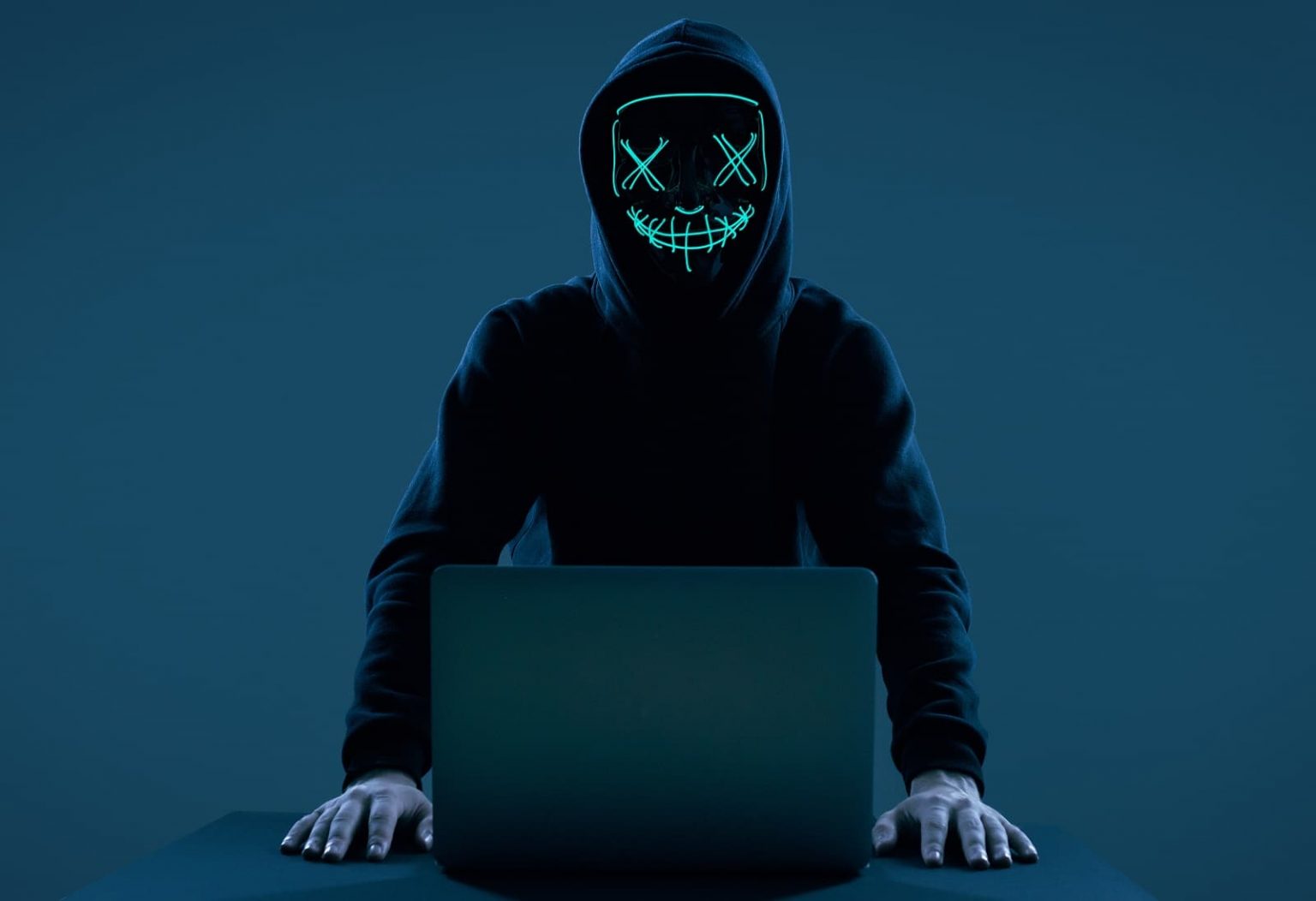 What is an internet troll? Concept

What does a troll do on the internet?

Haters (it's another type of trolling)

Examples of how companies have disarmed malicious trolls

They proliferate on the Net thanks to the anonymity that the Internet gives them; trolls have left their bridges behind to sow controversy and confrontation wherever there is a public platform where they can leave their comments. Nothing and no one who has a minimum notoriety in social networks or forums gets rid of them. In this article we will talk about Internet trolls , what is their MO and what types exist.

What is an internet troll? Concept

An Internet troll, or troll if we use the meaning in Spanish, is a person who takes advantage of any place on the Internet where comments can be made to create controversy and encourage confrontation between other users. Their goal is to attract attention and annoy.

Although the concept of troll, as we use it now on the Internet, has to do with these characters who sow, or try to sow, the conflict where they leave comments, the truth is that its origin had a much less incendiary purpose.

In the early 1990s, the practice of “trolling for newbies” was employed by the newsgroup and precursor to today’s Usenet forums, alt.folklore.urban, to detect novice users; veterans proposed topics that had already been discussed before to detect new users. So the trolling was more intended as a joke.

That conception changes when the concept of flame or “flaming” arises, the practice of making provocative comments to get incendiary responses, and crosses paths with the troll. Thus, from the funny troll we go to the hurtful troll , which is the one that currently abounds in social networks, forums, web pages and anywhere where comments can be made, and on which we are focusing this article.

What does a troll do on the internet?

The goal of the Internet troll is to sow discord, create confrontations and, in general, annoy by diverting the conversation from other users and drawing attention to him. How does he do it?

Leaving comments where you want to create conflict; It can be in social networks, web pages or blogs that allow comments, forums, etc., any online site where they can make a comment or even chat live (like in an online game), is the troll’s playground. All you have to do is make a comment provocative enough for another user to reply in a similar tone, and continue the “conversation” on that line. In the end, the topic is distorted and the troll has achieved his goal, which is to have been the center of attention and provoked a discussion.

Trolling is what the troll does and that we can “translate” as “trolling”, that is, starting the whole process of controversy and conflict in a comment section, posting a provocative response, to draw attention to it and start a discussion that, sometimes, has nothing to do with the original theme.

Trolling or trolling is basically annoying the rest of the participants, inflaming an exchange of comments to get them to confront him or each other. Also, insult and hurtful comments will never be out of your arsenal.

Sometimes, trolling can be more directed towards an entity (such as a company or organization or brand) or towards a specific person, in the latter case, if the troll persists in attacking that person day after day, we could be talking about a type of cyberbullying in which the victim is harassed by the troll and those who follow the game on social networks or forums where they have a presence.

Although the basic profile of a troll is that of a person who wants to attract attention and feed their ego, it is possible to differentiate between different trolls on the Internet, depending on the type of trolling they carry out.

Below we see the most common types of troll on the Internet.

The objective of sadistic trolls is to humiliate and harm, for this they focus their attack on one person or a few, taking any response they give to their comments out of context and trying to make them look like the bad guys, so that other users attack them too.

No matter how you respond to this type of troll, they will always try to turn the conversation and the other users against you, so the best thing to do is to directly ignore them.

The zombie troll is the one whose message always insists on the same topic, repeating the same messages over and over again, without really counterarguing, constantly repeating the same idea, as if the conversation was not going to move forward for him.

He’s not the brightest kind of troll, but he’s just as annoying as the others.

The vampire troll is one to watch out for, because it is a cyberstalker. This troll becomes obsessed with some of his victims and begins to follow and track them on the Internet, he will go wherever they have a presence and attack them continuously.

His MO is relentlessly harassing his victim, hurting him, inciting others to attack him online, bullying him, etc. They are very persistent and on many occasions, aggressive.

Disruptive trolls are those who interrupt the conversation and comment on something that has nothing to do with the topic being discussed. They use different techniques, from using large images in their answers that can hide other comments, posting offensive or insulting comments, spamming, etc., anything that ends up distorting the comments section.

In a certain sense, we can say that all trolls are disruptive, although some have more specific objectives.

Yes, there are also trolls who troll other trolls. What this type of troll does is use the same methods to annoy and humiliate, in many cases, the troll that started the conflict in the first place.

The erudite troll is easy to spot because they use their comments in a superior and condescending tone to demonstrate their knowledge of a particular topic or topics. Which is not to say that such knowledge and comments are useful or make sense within the conversation itself, because what this type of troll wants is to make it clear that he knows a lot about something.

It is common for them to “release” long paragraphs in the comments section of articles on websites and blogs to clearly show everything they know. And of course, they will always be right about everything. They usually end with “you have to read more” or “find out better” or phrases like that.

Haters (it’s another type of trolling)

Haters are a fairly common type of troll on the Internet, in fact we have the expression “haters gonna hate” out there for a reason. They are moved by hatred towards anything, person or entity with which they do not agree, do not like, do not share points of view or for the simple fact of hating it.

Their attacks are very aggressive and are based on insults and lies, always wanting to be above those who answer them, to whom they will answer with contempt and more insults.

Haters abound everywhere on the Internet where they can unleash their attacks.

To become something, everything is to start, and with trolling it happens the same; For this reason, we can also find novice or clueless trolls. This type of troll is just starting out in their trolling career and is usually not very effective, in fact, their first attempts usually go unnoticed or are completely ignored. If you are persistent, over time you will find out your “role as a troll” and what kind of attacks to carry out.

The “follower” troll does not usually have a specific opinion or ideology about anything and the only thing he is after is to get new followers with his comments, therefore, he will defend one position or another depending on what he believes can get him more followers. .

His tactic is based on generating noise and controversy of any kind, to achieve those followers.

The sarcastic troll uses irony and scathing comments to create confrontations. He also uses more or less funny memes and although he is annoying like the rest, he shows to have much more ingenuity than the rest of the troll types to sow conflict in the comments section. Although it is also true that not all sarcastic trolls achieve the same results or are at the same level.

Identity theft is another common practice for certain types of trolls. Impersonators either impersonate another person to harm them by posting in their name or creating a parodic profile of them to humiliate and attack them. Or they create fake profiles to trick other users, gain their trust, and then expose them on public networks to humiliate them.

Examples of how companies have disarmed malicious trolls

After that review of the most common types of trolls that populate the Internet and that you have surely encountered on more than one occasion, you may even have argued with some unsuccessfully, let’s see some examples of how some companies have managed to silence the troll or return the attack.

And it is that community managers have been defending themselves against trolls for some time, sometimes achieving a quite positive viral effect for their own brand.

It is true that it is often said that the best way to kill a troll is to ignore it, not to feed its ego (remember that they seek attention), hence the expression “don’t feed the troll”, since answering them is already giving them part of that attention they seek. But it is also true that giving them back can feel very good and for companies and brands, as we have already said, have a positive effect.

And in the event that a troll goes from annoying attitudes to aggressive attacks and that may involve a crime (be careful with defamation or hate crimes), you can always report them both on the platform or social network in which it has happened the attack, as well as the authorities.