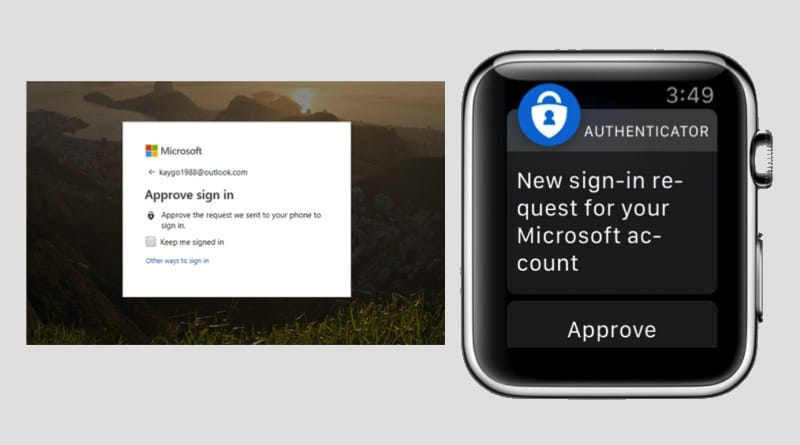 Today, Microsoft made the announcement that it would be releasing its wildly successful Authenticator phone app for the Apple Watch. With this feature, you won’t have to use your phone to confirm log-ins anymore.

The app has been available for download on iOS and Android-based handsets for close to a year. It enables you to log in with your username rather than manually entering your passcode, and then you can use your mobile phone in conjunction with your fingerprint, face, or personal identification number (PIN) to validate your identity. In practice, this adds an extra layer of security to the sign-in process and lets you finish it faster.

“The Microsoft Authenticator application on the Apple Watch supports personal, business, and educational Microsoft accounts that have push notifications set up. Every supported account will synchronize itself with the Watch automatically.” According to a statement issued by Microsoft.

There is a two-step validation process that is in place for added levels of safety. In the morning, when you put the Watch on, you will be prompted to input your personal identification number (PIN). You won’t have to re-enter your PIN as long as the device is still on your wrist and within proximity of your smartphone. This feature is only available for Apple Pay.

It is said that the average person has 19 different passwords. It makes perfect sense to have a device that you can wear on your wrist that can automatically log you in. It is in everyone’s best interest to do away with passwords as soon as possible. They won’t be missed by anyone at all!

In terms of the schedule for the application’s rollout, Microsoft has stated that it anticipates the app will become generally available within the next several weeks. However, if you sign up to become a user of Microsoft Authenticator TestFlight, you will have the opportunity to try it out right away.